What's Behind the Big Sustainability Push at Unilever

What's Behind the Big Sustainability Push at Unilever

Last fall, Unilever announced the impressive goals of its Sustainable Living Plan: cutting environmental impacts in half by 2020, sourcing 100 percent of agricultural materials sustainably, and helping more than one billion people improve their health and well-being.

These would be ambitious goals for any company, but particularly for one of Unilever's scale (over 100 brands, sales in 170 countries, and annual revenues over €44 billion [US$63 billion]). The company has made clear that they intend to decouple financial growth from environmental impact, and have ambitious plans for increasing sales as well.

Their definition of environmental impact includes the full lifecycle of products, including effects from consumer use, which accounts for 68 percent of total greenhouse gas emissions, and the production of raw materials, which accounts for another 26 percent. After a recent presentation on the plan at Sustainable Brands 2011, I had the opportunity to interview Gavin Neath, Senior Vice President, Sustainability at Unilever.

Adele Peters: You've noted in the Sustainable Living Plan that consumer behavior accounts for a large portion of the sustainability impacts of your products throughout the product lifecycle. How do you aim to address the significant challenge of consumer behavior change? 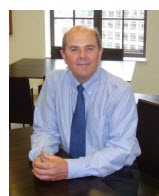 Gavin Neath: The first and most important thing to say about consumer behavior change is that it is an enormously difficult thing to do.

You and I know in our own lives how difficult it is to do simple things like eat less and exercise more, drink less, etc. Changing consumer behavior in whatever area it might be -- washing or cleaning -- is no easy matter, and it takes time. The first thing that has to be recognized is that people need to be given an incentive to change -- in the end, I think there has to be something in it for them.

In our industry, where we've been recently successful in Europe and in a number of other markets has been to encourage consumers to do their laundry at lower temperatures. All of the time that ourselves and others, like Procter & Gamble, have talked about that to consumers, we have placed great weight on the benefits that they will get from doing that, which are basically two-fold: Their clothes will last longer, and they will save money because their electricity bills will be lower because they're not heating water up to high temperatures.

That's an example where over last two decades, we have changed the pattern of behavior at a population level. That has been done partly by individual brands, and partly by the industry working in concert. I think what you should take out of that is that first, behavior change is very difficult, and second, you need to in a very real sense try to incentivize people and answer the question "what's in it for me."

AP: How did that change happen? Was it through communications like advertising?

GN: With laundry detergents, quite a lot of it was done on the pack. The other thing not to underestimate was that underpinning this behavior change is a considerable R&D effort that has allowed consumers to get the cleaning that they want at lower temperatures.

So, my mother for example, would have done all of her washing at higher temperatures because the detergent she had available to her needed heat energy to get the dirt out. Now, the formulae in both powders and liquids is such that really excellent cleaning can be delivered at low temperatures. So I think it is important to say there's been a very real R&D improvement here, which has in a sense engineered the benefit into the product.

AP: Are there any examples where their might not be such a clear benefit to the consumer (like saving money or helping clothes last longer) where you've tried to encourage behavior change with other types of incentives?

GN: If you take one of the really big challenges you see in our Sustainable Living Plan -- our biggest impact in terms of greenhouse gases comes from our consumer's use of our products in the shower. Actually, half of that impact is about American consumers in their shower.

The shower is something that people like; it's not just a kind of functional experience of getting yourself clean, but it's also a very pleasurable experience to stand under a shower; a cool one if it's hot outside, or a hot one if it's cold outside. Of course, people spend much too long in the shower.

How we can change that behavior is very unclear. Yes, we can provide some products: we can give people hair conditioners which are "leave-on" rather than rinse-off conditioners, and we can start encouraging perhaps the use of more dry shampoo, but that is only going to produce change at the margin. In the end, I suspect that behavior change in things like the shower, certainly in places like the United States, will only start to happen when water starts to be metered and priced.

Either that, or people are shocked by water shortages. It's quite interesting that in Australia now, for example, following the drought in Queensland, there are many homes which have a kind of stopwatch in the shower. People set it for two minutes, and only shower for two minutes, because they recognize now the enormous scarcity value which water has.

I think we will need external impetus of that kind -- either water pricing, or simply people living through droughts. This will happen over the next decade. It will happen, certainly, in parts of the United States where water is already very short.

AP: Are you collaborating with others in your industry, or with coalitions like the Sustainability Consortium?

GN: We're doing a lot more of that and I think we're getting better at it. As far as the Sustainability Consortium is concerned, we're active participants in that, we support its goals, and are making the contribution we can to that. Perhaps the single most important area where we are collaborating at a very large scale is under the umbrella of an organization called the Consumer Goods Forum.

It brings together the world's global retailers and their suppliers. It includes on the retail side organizations like Walmart, Tesco, and Kroger, and it also brings together their suppliers (Nestle, Kraft, L'Oreal, Procter and Gamble, Colgate, Unilever, General Mills, etc.). In fact, the companies in that organization have combined revenues of over $2 trillion dollars. That's a big chunk of the global economy.

That organization has a sustainability workstream co-chaired by Unilever and Tesco, and when we started work on this a couple of years ago, the first thing we did was to sit down together as a group of companies and try to work out which were the areas where we could work collaboratively and non-competitively.

We identified two fertile areas. One was commercial refrigeration, which is something that obviously brings together retailers and their suppliers, and the second was deforestation. The principal drivers for deforestation, whether that's palm oil, or soya, or paper, or beef products, or timber, are all in the supply chains of big global companies.

At the Cancun conference in 2010, the Consumer Goods Forum made a very big public commitment to try to eliminate any deforestation from its supply chains by 2020. We're working together as an industry to try to do that now.

That's really important, because the kind of commodity markets we're talking about-- whether they're paper, or palm oil, or soya-- it doesn't matter how big you are, whether you're Walmart or Nestle or Unilever. Your share of those markets will tend to be very small globally. Only by working together can we exert the right kind of change in these markets.

AP: If other large companies want to undertake similar broad sustainability plans, how would you advise they approach that?

GN: My advice would be that they need to get on and do this very quickly. If they don't, they will be seriously disadvantaged as businesses in the years to come. If you strip everything back and ask yourself, 'why Unilever is doing this?' -- it is doing it to prepare itself for a world that will be very different from the world we live in.

It will be a world all of things we take for granted today, whether that's food or water or energy, will be in very scarce supply, and therefore will have a high cost.

How to Spur Behavior Change to Promote Sustainable Consumers