One of the knocks against renewable energy has been that, unlike coal, natural gas and nuclear energy, it is intermittent. Solar and wind power can’t be relied upon when the sun doesn’t shine or the wind doesn’t blow.

SolarReserve, a well-financed California startup that can store energy from the sun, wants to change that.

With the help of a $737 million loan guarantee from the U.S. Department of Energy [PDF, download], SolarReserve intends to begin construction this summer on Crescent Dunes, a 110-megawatt (MW) solar thermal project in Tonopah, Nev. It will store the sun’s heat in molten salt, a mixture of sodium and potassium nitrate that, the company says, is an efficient and inexpensive medium in which to store energy. This enables the plant to deliver a steady stream of electrons to customers of NV Energy, the Nevada utility that has signed a long-term agreement to buy electricity from Crescent Dunes.

I talked about the molten salt technology by phone last week with Kevin Smith, Solar Reserve’s CEO. We also discussed the economics of solar thermal and the rationale for federal subsidies of clean energy. 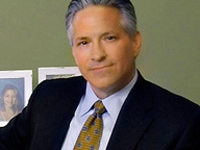 “At elevated temperatures, say, above 500 degrees, these salts have the consistency of water,” Smith told me. “The molten salt looks like water. It’s clear. The advantage of it is that we can heat it up, and maintain the salt in the 500 degrees to 1,050 degrees, and even at the high temperature, it’s still a liquid. We store it in a tank at atmospheric pressures. And then, when we want to generate electricity, we generate steam that goes through a conventional steam turbine.”

The molten-salt storage technology that sets Solar Reserve apart from competitors has a long history, even though the company itself is less than five years old.

Back in the 1970s, the DOE funded a pilot solar thermal project called Solar One in the Mojave Desert, which used thousands of individual sun-tracking mirrors (called heliostats) to reflect solar energy onto a central receiver located on top of a tall tower -- the same basic solar-thermal design now being built by SolarReserve. That plant operated for four years in the 1980s. It was  modified in the 1990s to become Solar Two, which began operation in 1996, using the molten salt technology to store heat. (Here’s a cool satellite image of the site.) Solar Two was shuttered in 1999. “There wasn’t much of a solar market out there,” Smith said.

By the mid-2000s, that had changed. So the company that developed the technology for Solar Two, called Rocketdyne, which is now part of the Pratt & Whitney division of United Technologies, formed a partnership with the U.S. Renewables Group, a $750 million private equity firm, to create SolarReserve. The private equity fund put up seed capital and Rocketdyne, whose primary business is engineering commercial and military space systems, gave the startup a 20-year exclusive license for its technology. In September 2008, at the height of the financial crisis, SolarReserve raised another $140 million in equity from investors including Good Energies, Citigroup, PCG Asset Management, CalPERS, Credit Suisse and Argonaut Private Equity.

Even with that strong financial backing, the company needs federal support and a state renewable energy mandate in Nevada to get its first plant build, Smith conceded.

Why, I asked him, after more than 20 years of development, isn’t solar-thermal technology ready to compete in the marketplace?

“There are a couple of answers to that,” he replied. “First, the government has always been involved in energy policy. Existing in the tax codes now is support for coal and oil and natural gas and nuclear. They’ve been heavily subsidized for decades.”

Second, U.S. companies need a boost to compete overseas. For example, SolarReserve is developing a 50MW solar thermal plant in Spain along with a local partner.

“We’re competing with the Chinese and the Germans and the Spanish and French,” Smith said, “And all those countries have strong government-supported programs. It’s very difficult to compete in those markets and against those suppliers. Take a look at what happened on the PV [photovoltaic] side. The U.S. developed the technology and now more than half the panels are coming in from outside the U.S.”

He didn’t say so but a third reason for the subsidies is that U.S. energy policy currently fails to capture the full costs of burning fossil fuels -- both the short-term health effects of air pollution and the carbon dioxide emissions that drive climate change. Subsidizing clean energy with loan guarantees or renewable power mandates has proven to be an easier sell, politically, than putting a price on carbon to discourage the burning of fossil fuels.

I asked Kevin whether SolarReserve’s technology can compete on price with other low-carbon energy sources.

“We certainly can compete head-to-head directly with nuclear,” he said. “We compete well with clean-coal technologies.” Wind energy, he said, costs less but the wind tends to blow during periods of lower demand for electricity.

Kevin told me that SolarReserve has set its wholesale price for electricity at 13.5 cents per kilowatt-hour, which is higher than today’s electricity prices, but it escalates at just 1 percent per year for the 25-year period of its contract with NV Energy. That’s partly because there are essentially no fuel costs for a solar plant. The average retail price in Nevada for 2011 is just under 12 cents/kWh while the U.S. average retail prices is 11.52/kwH.  Electricity prices have been rising about 3 percent a year since 2000, though, so if they continue to do so, SolarReserve’s price would fall below the retail price in about six years, Smith calculated.

So this isn’t a bad deal for NV Energy, consumers or, more importantly, anyone concerned about the climate issue. Provided all goes well with the plant, and the DOE gets its loan paid back, everyone should come out a winner. And the company will have shown that, at least in the sunnier parts of the U.S., the sun’s energy can provide baseload power.

The Sunny Side of the Street: Investing in Solar