My newest buzzword for 2011 is CSA. I'd never heard the term until recently, but now it seems to be popping up all over, as is interest in sustainable agriculture and urban farming.

CSA stands for Community Supported Agriculture -- the practice of signing up with a local farm for weekly produce and, in some cases, meat and dairy. I first read about CSA in Kristin Kimball's recent memoir, "The Dirty Life," which is justly attracting rave reviews on Amazon. A Manhattan writer who gave up the city for love, she has been farming an organic spread, Essex Farm, in upstate New York since 2003, with her husband, Mark. Essex Farm provides a complete sustainable diet for its 150 members.

Kimball's book is an engrossing depiction of the back-breaking work and edible rewards of CSA. As a member of a CSA, you'll be eating more healthfully, deliciously and locally -- and your locally-grown purchases will reduce the carbon emissions often associated with food transport. But don't romanticize your organic farmer -- as Kimball points out, he or she is laboring hellishly long hours in arduous, if rewarding, work, to bring you your weekly CSA allotment.

Urban farming is also on the rise. Prince Charles of England (see my blog on his book) is one of its staunchest advocates. On a recent visit to Washington, DC, the prince spoke at a sold-out Future of Farming conference at Georgetown University, and visited Common Good City Farm, which produces vegetables, flowers and herbs on a half-acre lot in Washington's inner city. Farms like Common Good help to provide fresh, nutritious foods in "food deserts" -- areas in which affordable, fresh produce is difficult to come by. Common Good is alleviating this shortfall in a neighborhood where one-third of the residents live in poverty.

Urban farming comes in a variety of models. Some, like visionary Columbia University micro-biologist Dickson Despommier, advocate the development of high-volume vertical farms, carefully-controlled, multi-story structures that utilize the latest in aquaponics (farming fish and hydroponic plants in an enclosed symbiotic system) and LED lighting. 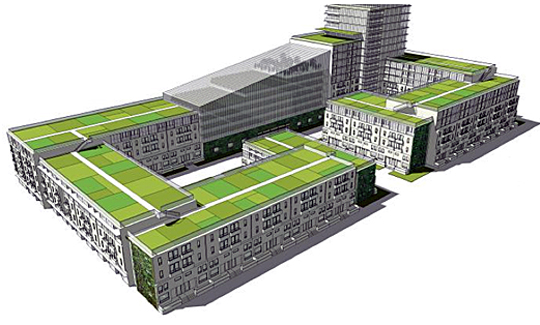 Despommier has been developing prototypes for vertical farms since 1999; his work is detailed in his book, "The Vertical Farm," and on his blog. Despommier reports that high-volume vertical farms have been started in Seoul, Korea and in Kyoto, Japan, and that additional farms are under construction or planned in the Netherlands, Manchester, England, Jackson, Wyoming and, as described below, Milwaukee, Wisconsin.

Other models of urban farming are lower-tech. Common Good City Farm plants directly on its acreage. Other urban farms utilize greenhouses and indoor and outdoor container gardening, and rely on indoor light racks to start seeds. Angelo Zaharatos and Sophia Vincent of Garden Labs have started urban farming and education projects in New York and Philadelphia using these methods. 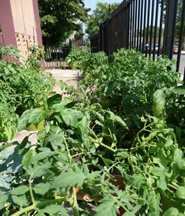 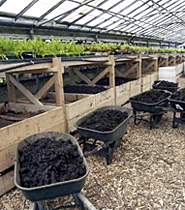 Most urban farms have been organized as non-profits, and are dependent on foundation, governmental and charitable support. Attracting private investment will require modeling and tracking financial performance. My colleague, finance expert Martha Paschal, has joined with her husband, Rod, an agricultural economist, in planning a new initiative (independent of my firm) to support, evaluate and enhance the financial effectiveness of urban farming. Working with Martha and Rod on this venture are former Indianapolis mayor William H. Hudnut and urban agriculture expert Debra Italiano.