Why Enterprise and FedEx are Bullish on Electric Cars

Why Enterprise and FedEx are Bullish on Electric Cars

The company that owns more cars than any other in America is buying more electric vehicles.

Andy Taylor, who is chairman and chief executive officer of Enterprise Holdings, which owns the flagship Enterprise Rent-A-Car brand as well as Alamo Rent A Car and National Car Rental, said at a Washington energy forum today that the company is expanding its offerings of electric cars as fast as it can.

“We are finally getting the vehicles in some numbers,” Taylor said, at the National Summit on Energy Security, where he and Fred Smith, chairman, CEO and president of FedEx Corp.

Smith, too, made an impassioned plea to electrify the U.S.’s cars and light trucks. If the goal is to displace imported oil, Smith said, “there has never been a technology that offers this much opportunity,” he said. 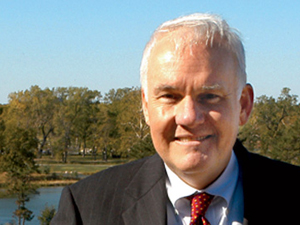 While it’s great to see CEOs of big companies pushing electric cars, the numbers we’re talking about remain small. I emailed Lee Broughton, head of sustainability for Enterprise Holdings, and asked him how many vehicles the company is buying. He replied:

We have approximately 80 EVs today and just shy of a dozen Volts. By calendar year end we’ll have many hundreds of EVs and definitely many more Volts (provided they give them to us) and anticipate I-miev (Mitsubishi). We also have a dozen Peugeot i-on’s in London too. All with a charging station infrastructure across the locations receiving them.

… According to TreeHugger.com, Nissan has sold approximately 4,000 LEAFs in the U.S.; Enterprise has purchased 500, or 12.5% of all LEAFs sold as part of its roll out of the nation's largest EV rental fleet.

More significant than the numbers, perhaps, is the enthusiasm these companies are showing for EVs. Both CEOs said the economics of EVs is compelling, and that the climate and national-security benefits are real.

Taylor said his company will go ahead and purchase EVs with or without government incentives. He said customers want them, and Enterprise workers are excited by them.

“It is our family's philosophy that, regardless of what the tax incentives are at this point, that this is coming, it should come and we should help it,” Taylor said. "If we don't make money on these for some years, fine. Eventually, we'll make money.” As the leader of a family-owned, privately-held company, he can afford to think long term. “We don’t have to worry about quarter to quarter.” 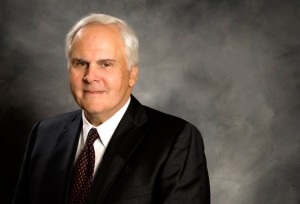 As a U.S. Marine Corps veteran who served two tours of duty in Vietnam, Smith has credibility talking about national security. Dependence on oil imports, he said, is “one of the greatest dangers this country faces ... We’re still hostage to the vast majority of oil reserves owned by national oil companies, many of which are owned by governments that are antagonistic to our interests.” By contrast, there’s more than enough spare electricity generating capacity in the U.S. to power many millions of electric cars.

His company also has a lot at stake. FedEx, he said, burns about 1.5 billion gallons a year of petroleum fuels in its trucks and planes. Revenues last year were about $35 billion, so fuel costs matter. There’s also the history of FedEx to consider. “We were almost killed in the cradle by the Arab oil embargo.”

Smith is no treehugger. He strongly supports domestic oil and gas drilling. But, he says, electric vehicles can play a big part in reducing oil imports -- and, more important, they are fun to drive.

“If you get into a Leaf or Volt, these are wonderful cars. They are terrific in every respect. They aren’t golf carts,” he said. Best of all, it costs 70 to 80 percent less per mile to operate an electric vehicle, depending on gasoline prices.

Battery prices will have to come down to make electric cars more competitive with conventional vehicles, Smith said, but he predicted that they would drop by as much as 40 percent in the next five years.

Taylor and Smith argued that government needs to help stimulate the growth of electric cars, by supporting EV charging infrastructure. Of course, the government is already subsidizing electric cars -- with tax credits of up to $7,500 for electric car buyers as well as loans to battery makers like Ener1. Smith’s a political conservative, but he said that when the costs of electrifying the fleet, when compared with the benefits, are “a pittance.”

This is a clean-energy technology that can’t arrive too soon.

All-Electric Trucks Roll Out in DC