This week, Nature of Business host Chrissy Coughlin speaks with Fritz Morgan, Chief Product Officer at Boston-based Digital Lumens. Fritz talks to Chrissy about the intricacies and evolution of LED lighting, including light quality and cost as well as how Digital Lumens has found their niche in the industrial lighting arena. Fritz also discusses his career trajectory and how his current job feeds his entrepreneurial spirit.

Digital Lumens has introduced one of the first Intelligent Lighting Systems that combines LEDs, networking, and software into a single, integrated system, thereby reducing customers' lighting-related energy use by up to 90 percent at warehouses and industrial facilities in the U.S., Canada and Mexico.

For example, approximately a year and half ago, Digital Lumens completed an LED installation at a 500,000-square-foot facility. This facility alone saves about 1.7 megawatt hours of electricity or the equivalent of taking 200-300 homes off of the grid. And that's just one facility! 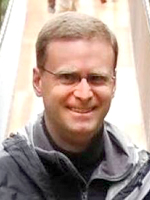 And while no success comes without hard work and determination, Fritz discusses the importance of a mix of forging ahead and being willing to slip up once in a while and learn from mistakes with the support of a like-minded investment community and multi-disciplinary team.

In his words, "Often times people are afraid of making a decision and often I think that's worse than making a bad decision. You really have to go out and make a decision, try it, learn from it ... continuous improvement; this iterative process. And we have used that process in how we design products, how we push products out to see what works and what doesn't work. You need to be willing to just say, 'you know it I made a mistake but that's okay. We're going to go out and fix it the next time we do it.'"

Campbell's Soup's Dave Stangis on the Evolution of Sustainability

How EnerNOC is Evolving Smart Grids and Building Energy Management