Cabot Creamery Co-Op & the Search for Sustainability on the Farm

Cabot Creamery Co-Op & the Search for Sustainability on the Farm

Like many of us, I have a strong affinity towards quality dairy products. Half & half in my coffee, ice cream, yogurt.... and I particularly love cheddar cheese. So you can imagine my excitement when I met Cabot Creamery Coop's Sustainability Director, Jed Davis, at an energy conference last month.

After hearing Jed speak on a panel, I basically rushed the stage (I actually walked up briskly) to ask him if he would like to be a guest on my show. He graciously accepted and a terrific conversation ensued that you can hear here about sustainability and innovation at Cabot. 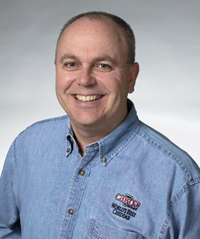 Some items we discussed include the benefits of the co-op, quality control monitoring for their 1,200 family farms, energy efficiency at their four creameries, partnerships, their vision of increased employee engagement, and what opportunities lie ahead for them -- all under the banner of what they refer to as "context-based sustainability" originally spearheaded by outside consultant and GreenBiz contributor Mark McElroy.

Jed has served as their Sustainability Director since 2007 and is the first person to serve in this role. Prior to this position he was Director of Marketing and is a twenty-year veteran of the company.

2007 was a certainly a big year for sustainability and Cabot. As Jed explains, Cabot was actually in many ways inherently practicing sustainability prior, but the reality was becoming ever apparent that customer demand was on the rise for something more intentional in this realm.

Jed realized that a formal sustainability program was likely to do nothing more than benefit the farmers, the brand, and its employees. He also felt that this was a great invitation to talk about the cooperative, increasingly help the dairy farms stay in business, and to build upon what employees internally refer to as Cabot Karma, which is that "there was a right way to do this and if you did those things than good things happen."

Opportunity certainly abounds. One such example that Jed describes with regard to energy, "We still think there is an awful lot of opportunity for farm generated energy. We have a number of farms that have been aggressive in adopting anaerobic digestion as a way to both meet some of their waste handling and nutrient needs and also to create electricity. Programs, for instance, like Central VT's Public Services Cow Power Program. The initial farm in that program is one of our dairy famers. We see there being continued potential for more opportunities like that."

And 2012 is the year of employee engagement at Cabot. Jed will be working to untap the enormous potential of employees and trying to ignite that more broadly. He states, " We will see benefits in terms of activities that are taken on and those results -- and our ability to compete for the best and brightest out there in the job market based on the cool things that we are doing."

There's all that and a lot more in the podcast...listen below!

View from the C-Suite: Campbell's Doug Conant and Denise Morrison

Do Green Businesses Have Happier Workers?

Why you should take a corporate sabbatical