The cleaning products that we use to wipe down our countertops, wash our dishes and clothes and scent our air contain potentially toxic chemicals, and they're getting into our bodies.

That's according to a recent report that I authored, "Dirty Secrets: What's Hiding in Your Cleaning Products," for the NGO Women's Voices for the Earth.

One company, Sunshine Makers, makers of Simple Green, had previously pledged to remove phthalates. Turns out they have a product that still contains phthalates. One product, Tide Free & Gentle, is marketed and used by mothers of young children for sensitive skin. It contained 1,4 dioxane, which the EPA deemed a "probable human carcinogen." 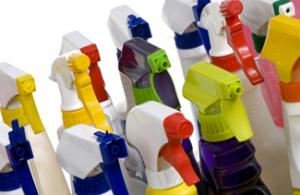 What's more frustrating is that consumers have no way to find out which chemicals are contained in these cleaners due to lax labeling laws.

I'm all for a fair and open marketplace that allows these businesses to thrive. But some basic protections of public health are needed in order to restore consumer trust in this cleaning products market that is keeping too many secrets.

More and more evidence comes out every year, finding that chemicals linked with asthma, reproductive harm and breast cancer are turning up in our bodies. Even newborn babies are born with over 200 industrial chemicals in their systems. The dose of chemicals coming from a single spray may be minimal, but chemical exposures can build up over time to have cumulative, long-term health impacts, especially on women and children. The mixtures of chemicals we are exposed to also pose a concern.

Some cleaning product companies have made efforts to "green up" their practices, pledging to take out chemicals that have a particularly bad rap, notably phthalates and synthetic musks. But if tests reveal that these chemicals are still contained inside, even after statements to the contrary, consumers will start to lose faith in a company's ability to have the consumer's best interests in mind.

Cleaning companies can't afford to lose this faith. A heightened concern with safety, combined with shifting habits and cultural expectations have resulted in a drop in sales of cleaning products across the U.S., according to a 2011 Mintel report. Sales have been falling since 2006, nearly 20 percent. And, Mintel forecasts a further 10 percent decline in the market during 2010-2015, losing an estimated one half billion dollars in sales.

While some consumers are switching to greener cleaners when they can find them, others are foregoing store-bought cleaners all together, realizing that vinegar and water works just as well as an all-purpose cleaner, and is nearly 10 times less expensive.

In fact, a 2009 American Cleaning Institute survey found that already 28 percent of Americans say they've mixed their own cleaners. Thirty-eight percent of people said that they believed it was safer to know what was in the products, the same percentage believed it was cheaper, and 28 percent believed homemade cleaners were more effective.

Concern for chemicals in cleaners isn't accounting for all of these sales declines, but I believe it's one of the easiest issues to resolve. The cultural shifts that have moved Americans from cleaning house top to bottom to more liberal squirts of hand gel have been somewhat imperceptible. And as consumers get wiser to advertising claims, and are listening more to trusted sources like nonprofits and peers, the effectiveness of ads will only become more limited. 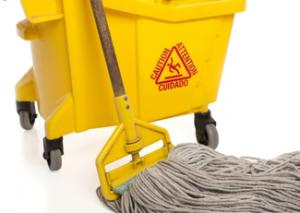 This shift in the media landscape has resulted in more corporations prioritizing outreach to mom bloggers. Major cleaning product companies attempt to woo them every year at BlogHer. They host giveaways and purchase ads. It's a smart strategy because mom bloggers hold enormous influence over female consumers.

"Not only does their dedication to social activism make mom bloggers highly influential, but their financial flexibility and willingness to purchase items complimentary to their values also make them a marketing prospect rich with possibilities." says Deirdre McFarland, vice president of marketing and communications at Scarborough Research, which released research on mom bloggers' influence in October.

But something tells me that cleaning product companies wouldn't have to work so hard to woo mom bloggers if they strengthened the integrity of their brand, by taking health and environment more seriously and removing toxins in products and disclosing ingredients on the label.

These actions offer enormous public relations opportunities that will benefit a company's credibility and reputation, because they'll be able to reach a concerned constituency of people who are truly demanding green products.

Not removing toxic chemicals puts companies at risk, which was demonstrated by Johnson & Johnson just last month. A group of nonprofits called the Campaign for Safe Cosmetics (of which WVE is a founding member) compared labels of baby shampoo around the world, and found that J&J's U.S. and Chinese versions both contained formaldehyde-releasing preservatives, while versions for the European market, which has stronger toxic chemical protections, did not. The media firestorm and customer complaints resulted in J&J forcing to take quick action to remove the chemical.

NGOs, health professionals and parents are ready and willing for cleaning product companies to come clean on their ingredients and take action to remove harmful chemicals. They can start with disclosing ingredients on their labels and removing the hazardous chemicals that turned up in WVE's recently published report. Making these changes will not only benefit the health of consumers buying the products, but it'll also, ultimately, prove to be a wise insurance investment for the credibility of companies' brands.

Photos of cleaning tools, spray bottles and an industrial mop and bucket via Shutterstock.com.

This Stinks: What Perfume Makers Won’t Tell You

Toxic Chemicals Can Keep Products Off the Shelves