8 Ways to Sustain a Stock Exchange

8 Ways to Sustain a Stock Exchange

What's a stock exchange? Easy: It's a venue where equities in publicly held companies are traded, right?

Right -- and wrong. NYSE Euronext, the company once known as the New York Stock Exchange, is much more. It's a technology company, a data center, a derivatives clearing center, and a majority owner in an energy market, among other functions.

Oh, and it's a socially responsible multinational company, too, as it harnesses the "value of community" of leading companies from around the globe, as Michelle Greene puts it. 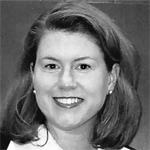 That role isn't likely to change as the exchange operator explores the pros -- and recently cons -- of its current merger opportunity with Deutsche Börse AG, no matter the outcome.

Since Greene came on board just over a year ago as vice president and head of corporate responsibility, the company has been formalizing its role as a global business sustainability leader -- into four internal and four external functions.

Why now? "At a time when companies around the world are focusing on responsibility and sustainability, the NYSE Euronext can be a sort of role model and convener," Greene says of the company's thinking, as it seeks to "lead by example" through its own actions.

Her job building the sustainability initiative has been a two-pronged effort, Greene says, focusing her attention on the exchange's internal and external roles.

Internally there have been four main functions:

1. Identifying opportunities for initiatives on corporate responsibility (CR) and helping to launch and lead them.
2. Acting as a sounding board and advisor to internal staff on CR-related issues.
3. Working to ensure that everyone throughout the company knows what corporate social responsibility is and what might be done to act sustainably, so as to "help people think through that lens about everything they do," she says.
4. Tracking and reporting sustainability results throughout the company, primarily in its CR report.

And while she has a small team, she insists that, indeed, "it should be small," mainly because ultimately the goal is to "integrate corporate responsibility throughout the organization in its many different forms," instead of making it the job of a single department.

Externally, given the prominence of the exchange, it has the opportunity to bring together companies from its roster of 4,000 listed issuers from 55 countries to both showcase best practices and to help them improve their sustainability performance in four ways by:

1. "Celebrating" the companies doing good work on corporate responsibility, through, for example, summit meetings on governance, environmental sustainability and financial literacy.
2. Helping those companies share their examples and experiences.
3. Bringing together leaders to discuss challenges and emerging CR issues.
4. Offering forums, trainings and tools for those looking to build CR capacity, especially in areas where the Exchange is a clear leader, such as financial literacy.

"The external role here is larger than elsewhere because we represent an international community of leading companies," Greene points out. "Being part of this community has value," she adds. She points out that 88 percent of companies in the 2010 Dow Jones Sustainability Index and 89 percent of those in the 2010 Carbon Disclosure Project Leadership Index are listed on the NYSE Euronext Exchanges in the US and Europe, including NYSE Euronext, which was included in both indices.

As for the next CR challenge for NYSE Euronext itself, Greene notes: "To do sustainability at any company, you have to closely align with broader corporate strategy. For example, at the Exchange, we realize sustainability is increasingly important to our companies, so, to continue to provide value in this area, we need to integrate sustainability into all we do."

The business benefits of the climate fight

How to Make the CFO a Buyer for Sustainability Solutions

Take a clue from stock exchanges to gauge sustainability's future