On the sun-baked plains outside Tonopah, Nevada, a huge white pillar is inching upwards, as concrete piles up towards an ultimate height of some 60 stories. The slender structure is evidence of the tangible progress -- and rising risks -- facing a dwindling number of developers of large-scale power plants in the deserts of the western U.S. slated to make electricity by converting the sun's heat into power.

I recently caught up with Kevin Smith, the Chief Executive Officer of SolarReserve. The Santa Monica, Calif. company is building the tower that will sit at the heart of its $900 million Crescent Dunes Solar Energy Project. Smith emphasized that while the tower attracts a lot of attention, it may be that the project's ability to store the sun's energy will become its most competitive virtue, particularly at a time when as the solar market is being rocked by plummeting prices for photovoltaic panels, a competing technology. 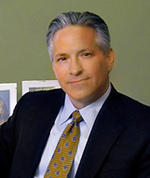 Topping out at over 600 feet, the Crescent Dunes solar tower will rank among the tallest structures in Nevada. It has to be that tall to absorb the reflected light from some 10,000 billboard-sized mirrors that will be installed in concentric half circles around its base. Once complete, the pillar will be capped with a collector, at which all those mirrors will point, focusing the sun's rays. Where the reflected rays converge, temperatures will hit over 1,000 degrees Fahrenheit.

To make electric power, this thermal energy can be used immediately to generate steam in a turbine. Or the heat can be stored, absorbed in molten salts kept in insulated containers. This trick solves the intermittency problem that bedevils most renewables. Drawing on this stored heat, the facility can control when and how much electricity to make, and command a higher price from utilities by supplying power when demand is highest.

This ability to deliver power on demand makes the Tonopah project different from all but a very few large-scale renewable energy installation in the U.S. Windmills and other kinds of solar farms can store energy only by using costly battery banks, or pumped air storage or pumped hydro, both of which require relatively rare sighting conditions. Tonopah's design is the largest of its kind, building on precedents set by a pair of smaller solar towers that have been operating in Spain and Arizona.

Since construction started in Tonopah last August, Smith would seem to have plenty to celebrate. Once the tower is complete, laying out the field of reflecting mirrors will follow. Come December 2013, the project is slated to begin feeding up to 110 megawatts of power into the western grid. What's more, Tonopah is just one of a backlog of some 3,000 megawatts of energy projects SolarReserve has in its pipeline, including contracts to build two other solar towers in Spain and California.

But, when asked there would expect to see more projects in the U.S. further out, Smith was pessimistic. While financing for current projects is locked in, the Dec. 31 expiry of the so-called 1603 Treasury grant program -- which offers a 30 percent federal cash grant to qualified renewable energy projects -- threatens to stall the development of future large-scale solar plants.

The grant, along with many other renewable energy subsidies has been drawn into the toxic politics stemming from the failure of Solyndra, which was granted $535 million federal loan guarantee to commercialize a novel design for tube-based solar panels. Critics have gone on the warpath, questioning practically all renewable-energy projects that have received federal funds. SolarReserve was offered a $737 million loan guarantee by the DOE last May to help build the Tonopah project.

The hostile partisanship, together with shrinking federal funding, is souring a hot market here. "Unfortunately, U.S. policy is going in the opposite direction of much of the world," Smith told me. "We'd love to have our home market continue to develop, but it looks like the next 12 months will be pretty flat." In response to this uncertainty, SolarReserve has been expanding its development efforts overseas.

Were SolarReserve to de-emphasize U.S. projects, it would be another in a series of setbacks for U.S. solar technology and developers. Beyond the partisan backlash and broader economic recession, a key cause for these woes has been the plummeting cost of conventional photovoltaic panels, which have collapsed by roughly half over past two years.

The downward price spiral was the key culprit and Solyndra's crash, and others have followed suit. U.S. players Evergreen Solar and SpectraWatt have likewise gone under. Just before Christmas, energy giant BP, once famous for a commitment "Beyond Petroleum", fully exited the solar business, saying it "can't make money" selling panels. Analysts agree that this brutal shakeout will continue, jeopardizing mature and startup solar players alike.

Plummeting PV prices are affecting SolarReserve's competitors too. Indeed, its progress in Tonapah is all the more notable given the attrition rate of other efforts to build very large concentrated solar thermal (CST) projects. Once regarded as a low-cost way to capture the sun's energy, many CST facilities have been done in by the tumbling price of conventional solar panels. To date, solar farms totaling 3,000 megawatts of capacity have switched from CST to conventional panels. That SolarReserve has avoided having to make such a switch is partly due to the edge offered by its ability to store energy.

Complicating any discussion on the future of solar is that, for all the harm ultra-cheap PV panels have done to some U.S. manufacturers, they have provided windfall savings for many panel buyers and many project developers. In the U.S., the industry is closing out its biggest ever year, with upwards of 1,700 megawatts worth of solar brought on-line, nearly double the 887 megawatts installed in 2010. Blue-chip investors continue to pile into new projects, too. Last week, Google laid out $94 million to fund four new solar power farms near Sacramento, Calif.

Obama Pledges $2B in Stimulus Funds to Solar Firms