After 10 months as the leader of the Sustainability Consortium, Bonnie Nixon is stepping down, according to an email sent today to TSC stakeholders.

"The Sustainability Consortium brought Bonnie Nixon in to provide executive leadership and help the organization move beyond its initial start-up phase," the statement read in part. "She has set us on a path that includes the opening of TSC's European office with plans to expand into additional countries in 2012, which will allow TSC the opportunity to build a leadership structure that better reflects our new global mission. As she departs as Executive Director, we thank her for her contributions and wish her great success in the future."

The statement only hints at how the organization will move forward in its management and leadership, saying that Sheila Bonini, a Senior Expert in McKinsey's management consulting business, will help implement the strategies developed by Nixon during her time at the organization.

Nixon took on the role of Executive Director in April 2011. GreenBiz.com published a profile of Nixon's role at TSC just before her appointment began.

As Tilde Herrera wrote at the time: 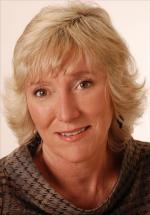 The Sustainability Consortium, originally launched in 2009 in partnership with Walmart, with a mandate to help create an index that standardizes and simplifies making consumer products more sustainable, now has 98 members, up from 60 when Nixon took over in 2011.

We've asked the Consortium and Nixon for comment, and will update the news as it develops.

Sheila Bonini and the future of The Sustainability Consortium

How the Sustainability Consortium Creates 'Hot Spots' for Innovation

GreenBiz 16 brings sustainability trends and tools back to Phoenix

The Sustainability Consortium's CEO reflects on its 10-year, trillion-dollar impact