What Oat Hulls Can Teach Us About Tapping Employees' Innovation

What Oat Hulls Can Teach Us About Tapping Employees' Innovation

In my One Great Idea presentation for the GreenBiz SF Forum last month, I stressed the value of tapping employees for sustainability innovations. This article takes a look at one man's idea that was held for 20 years until the time was right to act on it.

John Hellweg just retired from General Mills. Prior to his retirement, he fulfilled a dream he first envisioned 20 years prior: to convert oat hulls into biomass energy.

When oats are milled into oat flour, about one-third of every oat kernel is left over as a hull. The oat hulls are a by-product and have non-energy related uses: For example, General Mills for many years earned a small amount of revenue by selling them to a chemical plant in Omaha, Nebraska where they were converted into a specific chemical for resin.

However, oat hulls are bulky cargo, meaning that transportation costs from the mill in Minneapolis to the chemical plant in Omaha, 450 miles away, were high. When the Omaha chemical plant went out of business, General Mills looked for another, more efficient way to use the hulls. 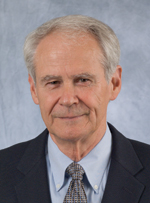 Hellweg thought that if oat hulls were converted to energy just as coal is used as an energy source, General Mills could use them to produce the large volume of steam that is needed to manufacture oat ingredients used in the production of Cheerios.

In 1988 General Mills conducted a co-generation study to determine whether oat hulls could be used for energy. The study concluded that oat hulls had great potential. So in 1994, Hellweg ran a test at a nearby coal and wood waste power plant by adding oat hulls to the mix. It turns out that oat hulls burn very well, as well as bituminous coal but with lower emissions. However, the price of natural gas was still so low that it didn't make economic sense to use the oat hulls as fuel.

Then in 2000, two things gave the biomass boiler project the momentum it needed. The first was that General Mills began putting even more emphasis on its existing environmental and sustainability programs. The second was the substantial rise in price of natural gas, making oat hulls a more attractive fuel.

Hellweg felt he was in a unique position to develop a plan for the Biomass burner: He had been working in a General Mills oat flour mill for over 20 years as an Operations Manager. In this role, he was responsible for operations as well as for environmental compliance and strategic growth plans for the mill.

Hellweg says fondly that the people at General Mills have always been open to new ideas. The resources of a large corporation like General Mills enabled him to pursue something that had never been done before. As he explains it, "when you have the support of a company like that, almost anything is doable."

So in 2005 Hellweg proceeded to develop the project plan and a proposal to bring a biomass boiler on site. A great deal of discussion and consideration went into the $3.5 million capital expenditure for this new boiler.

Burning oat hulls for steam generation was something totally new. They needed to conduct studies on emissions and inform nearby residents of the new burner. General Mills also went to the state legislature to get oat hulls classified as a renewable energy source, so that their use as fuel would qualify as biomass. Over the next four years, the project was vetted, tested, designed and approved.

The Biomass burner produces about 90 percent of the steam needed at the company's Fridley, Minnesota mill and has reduced the carbon footprint of the plant by a reported 21 percent. It's estimated to save the mill about $390,000 per year. A large percentage of the excess hulls not burned at Fridley are converted to energy by Koda Energy in nearby Shakopee, Minn., which powers about 17,000 homes. Oat hulls also continue to be used as a source of fiber and for livestock feed.

Hellweg retired recently, after 26 years at General Mills. He is amazed that he has had the opportunity to take a project to fruition that he conceived, developed and finalized. He has a great appreciation for General Mills, who always showed enthusiasm and "tremendous support" for projects that could help the environment and lower the cost of their product for their customers.

Hellweg has been granted two oat milling patents and has received a number of awards, including the Champions Award, the highest at General Mills. His story is one of perseverance and continual progress towards a more sustainable planet.