Have I got a deal for you: Invest as little as $25, or as much as you want, in clean-energy projects. Earn a princely 6.38 percent interest annually for the next five years. Make the world a better place.

Sound too good to be true? A promising startup is betting otherwise. Mosaic, based in Oakland, Calif., has figured out how to crowdsource solar projects in a way that seems to be a win-win for everyone. For each project, it seeks investors — including smaller fries, like you and me — to fund a given project, promising a respectable rate of return. As loans get repaid, investors can roll the proceeds back into new projects, or take the money and run.

Think of it as Kickstarter for clean energy.

Mosaic was founded in 2009 by Daniel Rosen and Billy Parish. I’ve known Parish for a few years, and have watched him even longer. He dropped out of Yale in 2002 to help build a youth movement for climate solutions. He founded and led the Energy Action Coalition for four years, bringing together more than 50 diverse, youth-led organizations into a joint campaign to promote clean energy. Rosen, who has coordinated business development for cleantech companies in Arizona and Israel, was named one of the “30 under 30” in energy by Forbes.

Their company started slowly, garnering interest-free investments from individuals to fund solar installations on five community projects. They range from homes on a Navajo reservation in Arizona to the Asian Resource Center in Oakland. All are smallish installations, from 1.5 kilowatts to 29 kilowatts. (For reference, most residential solar systems in the United States range from 2 to 5 kilowatts.)

I invested $100 in the Asian Resource Center installation in 2011, in equal parts to support both the fledgling company as well as a social-service organization located about a half mile from the GreenBiz Group office in my hometown.

Those first projects were funded using a zero-interest investment model similar to Kiva, where investors get their principal back over time, but no interest. This allowed Mosaic to avoid federal regulation and to go to market, learn the business, get feedback, and show traction for the idea. At the same time, it launched into the process of registering with the Securities and Exchange Commission, the federal agency that governs investment firms.

More recently, the company started raising money for projects in which it would pay interest. It can do this while waiting for SEC approval thanks to something called Regulation D, which exempts from regulatory oversight the offer and sale of up to $1 million of securities in a 12-month period.

Mosaic’s first such project is a 47-kilowatt installation on a youth employment center, also in Oakland. A small group of investors was invited to put in as little as $25 and have been promised a return of 6.38 percent over five years. The ribbon-cutting for the installation is taking place this week. The project is projected to save the youth center more than $160,000 through reduced electricity costs.

In September, I invested $200 in this project as part of Mosaic’s private “beta” investment round — $200 being my stop-loss during those infrequent occasions when I gamble in Vegas. That is, it’s an amount in which I feel comfortable rolling the dice. (Clearly, I’m not a high-roller.) All told, 51 investors ponied up $40,000 for the 106-panel installation; the project was fully funded in just six days. I’ve already received my first interest payment.

If all goes according to plan, my $200 will be worth about $272 in 2017, the end of the loan period. If I had invested that $200 in a five-year certificate of deposit, it would have yielded just $216 at current rates. If I want, I can reinvest the earned interest and repaid principal in other Mosaic projects with the click of a button.

Unlike investing in CDs, there are risks in Mosaic’s projects. The solar-installation customer could default on its monthly payments. The solar panels or installation could be faulty, tying the project up with repairs, negotiations, or worse.

Parish believes such risks, while real, are tolerable for most people. “As an asset class, the default rates on solar leases and power purchase agreements are extremely low,” he said. (Kiva loans, which provide microfinance loans to people on five continents, has made more than $380 million in loans and boasts a 98.98 percent repayment rate.)

To get started, Mosaic raised $2.7 million round of funding from venture capitalists, along with $250,000 from a celebrity whose name Parish and Rosen won’t disclose. Together with a $2 million grant from the Department of Energy, the company aims to scale its offerings, including geographically, to get millions of Americans involved with funding clean-energy projects.

It’s a bold idea: Raise money from the masses in order to bring solar to the masses, providing value to everyone along the way.

Having proved the concept, Parish and Rosen are now ready to kick things into high gear, throwing open the doors to all qualified investors. 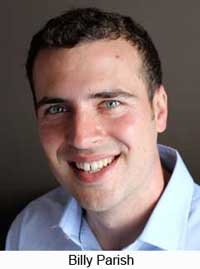 “I think our timing is good,” Parish told me recently. “The economics of solar have begun to make sense in more places, and online investing and peer-to-peer finance are becoming widespread. Those are the two big forces that we’re a part of.”

For each project, Mosaic provides the underwriting and due diligence. “If we like it and it meets our investment committee’s criteria, we make a loan offer to the project developer or the project owner, and negotiate a loan to them.” Mosaic takes a servicing fee (the difference between the interest rate charged the developer and the rate pays investors) and an origination fee of between 3 and 5 percent of the loan, which the developer pays. Mosaic doesn’t do the installation itself — it contracts that out.

So, according to my calculations, in the $40,325 youth employment center project in which I invested, Mosaic will earn between $1,460 and $2,266. Clearly, not yet a pathway to riches. What’s needed is volume.

There’s no shortage of ambition on that front. “Our goal is to be doing billions of dollars of investments a year in clean-energy projects,” said Parish. I asked him to repeat that sentence to be sure I captured the “B” part correctly. Parish wouldn’t attach any timetable to that bold goal.

Can they do it? “We have already had a lot of developers coming to us," he says. "We’re interested in offering high-quality, clean-energy projects for people to invest in. They don’t need to be on community centers or schools. We believe clean energy is good in and of itself and is a great asset class for investment. So we’re looking at all kinds of projects.”

It’s not just solar. Parish and Rosen are looking at a broader category of projects to finance — what they call clean-energy infrastructure. That includes other forms energy as well as energy-efficiency projects and electric-vehicle infrastructure.

There are a lot of unknowns: the number of people willing to invest sums, small or large, in energy projects offered by a start-up with a very short track record; the cost of attracting and servicing these investors; the number of available investment-quality energy projects; the actual performance of those projects during the life of the investments; the future price of solar and other clean energy technologies, and how they compare with conventional energy costs. And, of course, the vagaries of government subsidies, which make many of these projects pencil out.

Says Parish: “We feel like we have many of the key team members and the online architecture and a model that can scale quickly, but there are still a lot of things we don’t know about how this will play out.”

However it plays out, it’s a compelling and potentially disruptive business model. Allowing smaller investors to participate in clean-energy investments is an exciting possibility. And the relatively predictable returns of solar — where developers lock customers into a multi-year contract at predetermined rates, paid monthly — can make these investments a safer bet than many traditional Wall Street investment vehicles.

And not for just small guys. Imagine if larger mission-driven investors, including pension funds and university endowments, started pouring money into Mosaic. The expanding investment pools could rapidly accelerate the growth of renewable energy and efficiency projects in the marketplace.

“I think a lot of people are just excited about the model,” says Parish, “and have been wanting to find a place that they can feel good about investing, that they can also generate pretty good yield from. And that’s what we’re trying to do.”

Parish makes a point: Some of this is an exercise in feel-good investing. But that’s nontrivial: How many of your investments do you feel good about? Even some of the so-called socially responsible funds hold stocks of fossil-fuel companies and other corporate nasties in their portfolios. If the nascent trend of disinvestment in fossil-fuel companies takes off among climate-minded investors, where will they next put their money?

If Parish and Rosen have their way, there will be a new generation of cleaner investment alternatives to be found — perhaps, like me, right in your own community.