The push to ban single-use plastic bags continues to gain momentum as more and more cities, counties and countries around the world adopt the trend. Alameda County in the San Francisco Bay Area is the latest to prohibit plastic bags throughout its 14 cities, covering some 2,000 establishments. And in March, Austin, Texas will follow suit, forcing all retailers to ditch single-use shopping bags.

According to the Environmental Protection Agency, Americans throw away around 100 billion plastic bags each year, recycling less than one percent. The bags made out of polyethylene pose the biggest environmental risk -- one bag can take up to 1,000 years to decompose.

A number of big name companies are doing their part to mitigate the damage. Some, like Whole Foods and IKEA, have completely eliminated plastic bags, while others, like Wal-Mart, are in the process of cutting back on their usage.

While good news for environment, it’s bad news for plastic bag manufacturers. As reported by GreenBiz last year, more than 30,000 American manufacturing jobs in nearly 350 plants could be affected by proposed ordinances to ban plastic bags. 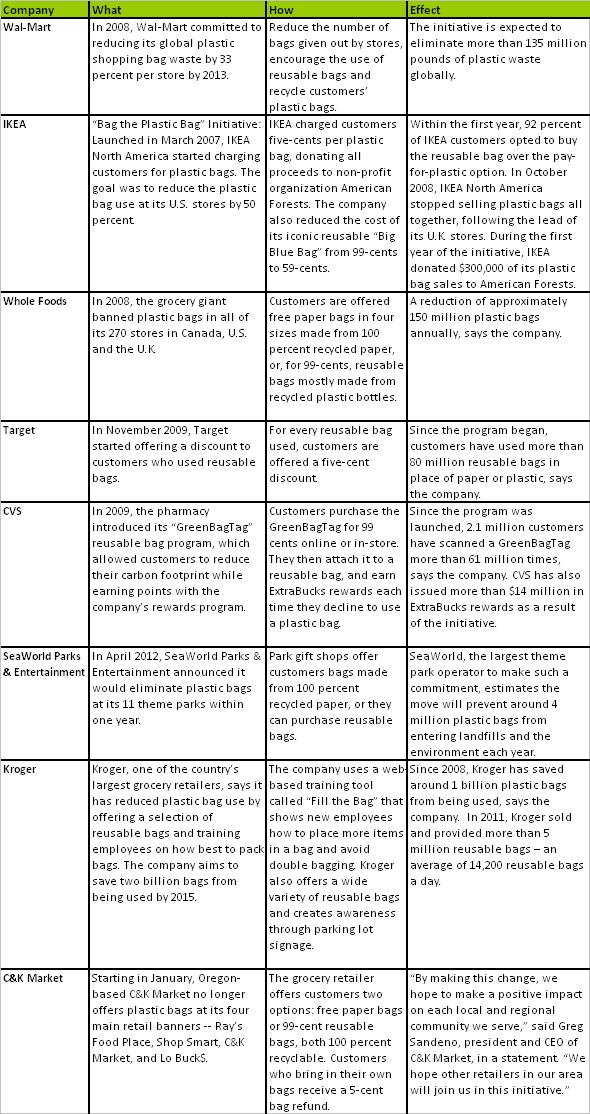 Image of earth being deposited in plastic bag provided by ND Johnson via Shutterstock.

Impact of plastic shopping bag bans has a ripple effect