Move to the cloud? Benchmark your company's energy savings

Move to the cloud? Benchmark your company's energy savings

The notion that cloud computing is the most energy-efficient approach to IT infrastructure isn't exactly a revelation. But new data quantifies just how much greener the cloud could be. What’s more, researchers are providing a new benchmarking model to help companies calculate the cloud's potential impact on their own organization.

Here's the headline-worthy finding of the six-month study from Lawrence Berkeley National Laboratory and Northwestern University: Moving common software, such as customer relationship management (CRM), email and productivity software such as word processors off local systems and into the cloud for 86 million U.S. workers could save about 23 billion kilowatt-hours (kWh).

Put another way, that's enough electricity to power Los Angeles for an entire year. Most of the savings come from the email and the productivity software migrations.

The researchers, who received funding from Google, used those findings as the foundation for a new, open-access model -- the Cloud Energy and Emissions Research (CLEER) framework -- that they hope will encourage far more research.

"We can't fly by the seat of our pants when it comes to assessing sustainability," said Eric Masanet, a Northwestern associate professor of mechanical engineering and lead author of the report "The Energy Efficiency Potential of Cloud-based Software: A U.S. Case Study." 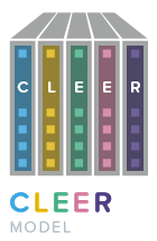 "We need numbers -- hard data -- to properly analyze how cloud computing compares to how computing is done now. Well-thought-out analysis is especially important with new technology, which can have unforeseen effects. Our public model allows us to look forward and make informed decisions. What we found overall is that by hosting services on the cloud, as opposed to locally, the savings are pretty robust."

CLEER considers a number of factors around a decision to move applications hosted onsite or in a corporate data center into the public cloud. These include how much energy is used by the networking hardware, client computers, servers and building systems, along with the energy associated with manufacturing all this gear and transporting it to various locations.

IT managers can assess their results against three preloaded scenarios for email, CRM software and productivity applications by uploading information particular to their organization through a series of Web menus. Building custom assessments is also available.

The report and the new CLEER model represent perhaps the most comprehensive effort yet to help quantify the potential savings and other green business implications of moving to cloud computing.

"These results indicate that the Internet offers huge potential for energy savings. We’re especially excited that Berkeley Lab has made its model publicly available so other researchers and experts can plug in their own assumptions and help refine and improve the results," wrote Michael Terrell, senior policy counsel, energy & sustainability at Google.

The researchers do offer a caveat: "In particular, our reliance on publicly available data is a significant source of uncertainties, given that data was drawn from a number of different studies and sources that were published in different years and with differing scopes and regions of analyses."

Given its burgeoning business in selling both cloud applications and infrastructure as a service, Google's interest in providing more metrics to prove the cloud's benefits is pretty understandable.

But many commercial data center operators and hosting companies are prioritizing the environmental impact of their infrastructure -- lending even more weight to the notion that the cloud is greener than other IT infrastructure approaches.

One example this week is Atlanta-based Internap Network Services, which has invested sustainably in both LEED ratings from the U.S. Green Building Council and the Green Globe certification from the Green Building Initiative.

"Environmental efficiency and sustainability is increasingly a requirement expressed by our enterprise customers, and these certifications reflect our continued commitment to remain a leader in data center sustainability across our nationwide, company-owned footprint wherever possible," said Randy Ortiz, vice president of data center design and engineering.

12 green data centers worth emulating from Apple to Verne

Why the cloud is sustainability's silver lining