The science behind air pollution in urban areas is clear: smog has been linked to premature deaths, increased asthma attacks and breathing problems, and increased hospital visits. But most of us have no way of knowing about the pollutants that we’re exposed to on a daily basis. Expressways, waste facilities and dry cleaners create highly localized pollution that may not be detected by the Environmental Protection Agency’s (EPA) regional air monitoring data. Larger-scale air monitoring isn't designed to capture such traditional pollution sources, nor does it record local effects of unconventional emissions sources associated with oil and gas development. We have no real way to know when our local air pollution hits dangerous levels, and no way to avoid hazardous air in our communities. 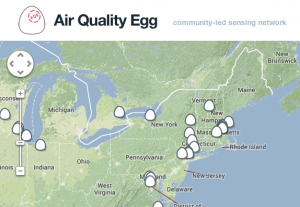 Both Houston and Dallas rank among the most polluted cities in the United States, according to the American Lung Association’s State of the Air 2013. With well over 12 million Texans living in the Dallas/Houston metro areas, it’s crucial that concerned citizens have access to the right tools to monitor air pollution and take preventative measures when pollutants reach dangerous levels.

Michael Heimbinder, a Brooklyn entrepreneur, hopes to empower individuals with his small-scale air quality monitoring system, AirCasting. The AirCasting system uses a mobile, Bluetooth-enabled air monitor not much larger than a smartphone to measure carbon dioxide, carbon monoxide, nitrogen dioxide, particulate matter and other pollutants. An accompanying Android app records and formats the information to an emissions map.

Alternatively, another instrument, the Air Quality Egg, comes pre-assembled ready to use. Innovative air monitoring systems, such as AirCasting or the Air Quality Egg, empower ordinary citizens to monitor the pollution they encounter daily and proactively address problematic sources of pollution.

This technology is part of a growing movement to enable the use of small sensors. In response to inquiries about small-sensor data, the EPA is researching the next generation of air measuring technologies. EPA experts are working with sensor developers to evaluate data quality and understand useful sensor applications. Through this ongoing collaboration, the EPA hopes to bolster measurements from conventional, stationary air-monitoring systems with data collected from individuals’ air quality microsensors. 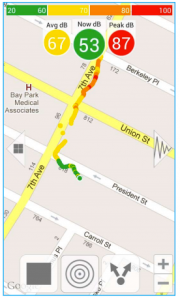 Another vital application for these air quality microsensors is monitoring the potentially hazardous pollution created in the production of oil and natural gas supplies, especially those located in populated areas. Texas is home to the Barnett shale play — one of the largest oil and gas developments in the United States, near the Dallas-Fort Worth metroplex. Small, inexpensive air sensors could help Dallas-Fort Worth area residents monitor the effects that expanding Barnett operations have on local air quality. Furthermore, data collected and aggregated through tools such as AirCasting or the Air Quality Egg could help state regulators and advocacy groups be alerted to emissions issues as they happen, so that action can be taken before air pollution becomes a serious problem. The low cost of these systems makes them an appealing and pragmatic tool in the ongoing discussion around standards for oil and gas development in Texas.

Like many technologies emerging from the big data revolution and innovations in the energy sector, microsensing technology provides a wealth of high-quality data at a relatively low cost. It allows us to track previously undetected air pollution from traditional sources of urban smog, such as highways, and unconventional sources of pollution. Microsensing technology not only educates the public, but also helps to enlighten regulators so that policymakers can work from the facts to protect citizens’ health and welfare.

Images of device and maps from Aircasting, Air Quality Egg.

This article originally appeared at EDF.