With IBM, Montpellier asks citizens to 'author' a smart city

With IBM, Montpellier asks citizens to 'author' a smart city

“The citizen is being made the author and actor in the development [of the region],” said Michel Aslanian, Montpellier's vice president of innovation.

He spoke Wednesday about the the "EcoCité" project at the GreenBiz 2013 Convergence Paris Conference at Microsoft France. Aslanian was joined by Philippe Sajhau, vice president of Smarter Cities, IBM France; François Grosse, senior vice president of digital services for Veolia Environnement; and François Girodolle, program director of the Cleantech Open.

The Montpellier metropolitan area is in the early stages of a $5.2 million (4 million euro) research and development project funded by the local government. The eighth-largest city in France will collect data in real time from various sectors, such as public transportation and water usage, with the help of IBM, which is integrating all city services, including water management, in partnership with Veolia. 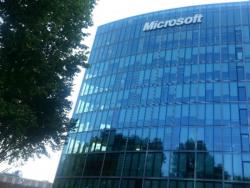 The data collected will be made public. Montpellier has created a contest for small and midsize companies to provide a proposal for taking the real-time data and creating new uses for it, according to Sajhau.

Girodolle expressed his excitement over the novelty of the EcoCité approach. He applauded the fact that Montpellier is trying to empower stakeholders, including IBM, Veolia, local universities, businesses, startups, public utility operators and, of course, citizens.

“It is not a monopoly,” said Girodolle. “They will cooperate around the platform and deliver valued services to the community and citizens.”

The novel approach that Montpellier is taking did not surprise Girodolle. Montpellier has been at the forefront of innovation, in fact, being the first government in France to create an innovation committee and even the position of vice president of innovation.

Montpellier is not the only region in France using information and communications technology to improve government services. Nice, another southern French city, is working with Cisco to begin incorporating smart technology through smart parking meters and smart lighting.

How are the citizens involved? To engage people and get their feedback, Montpellier has organized public meetings on various topics about the project. Sajhau added that a "Citizen Collaboration" app is being created to allow citizens to send text messages and images with special requests directly to the city and county governments. Local officials will process the requests and send a confirmation back to the citizen. He also mentioned that other social media analysis will be employed. 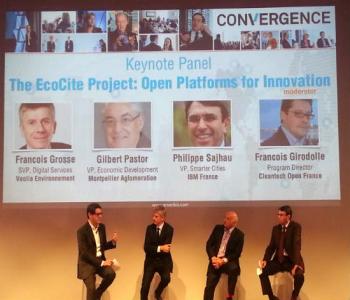 The plan sounds innovative, but can it work? There have been other successes with integrating smart technology into other cities worldwide. However, there are not as many documented cases of effective and active citizen participation.

Hughes and his colleague, Noel Hartzell, a communications director, spoke of a successful case of citizen engagement. Silver Spring’s client, Oklahoma Gas & Electric Energy Corp., started a smart meter program allowing the company to read consumers’ electricity usage remotely. The program has been successful because it is interactive, educating customers about their electricity usage and empowering them to make active decisions on the price they pay for their energy consumption based on data provided.

The program at Oklahoma Gas and Electric has about 50,000 participants, an almost 99 percent customer satisfaction rate and an average customer savings of $200 per year, Hartzell said. In addition, allowing the consumers to make their own energy usage decisions has stopped the running of two coal-burning facilities, said C.J. Boguszewski, head of metering infrastructure at Silver Spring.

So how will citizen involvement fare in Montpellier? We’ll have to wait for the data analysis to come in, one meter at a time.

How Montpellier, France, will become a city of the future