The Green Electronics Council is teaming up with UL Environment to add a mobile device category to the EPEAT green electronics registry.

Given the rate at which individuals purchase new mobile phones, commonly as often as every two years, EPEAT decided to make the new list a priority.

"Mobile products evolve quickly and have a short lifecycle, presenting us with a clear opportunity to significantly reduce their environmental impact," said Robert Frisbee, CEO of the Green Electronics Council (GEC), the Portland, Ore.-based organization that manages EPEAT.

For now, the list includes phones and smartphones that are already part of the UL 110 standard of sustainability for mobile phones. However, items such as tablet computers will be considered in the future as either part of this group or as an entirely separate list, he said.

The partnership signals a big shift for EPEAT, as it will collaborate more closely with other standards bodies across the consumer electronics and IT industries.

"This represents a new chapter for us because we will be pursuing a number of standards with a broader range of organizations," Frisbee said. "It allows us to go out into the world of standards and chose from the best of the best."

That strategy was already under way. In fact, the council also is developing a new initiative for computer servers in conjunction with NSF International. A call for participation in that process is due to go out in August. 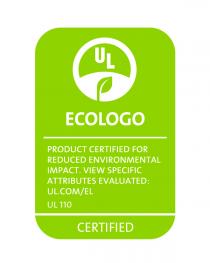 But the new model gained even more urgency in early July when the International Electrical and Electronics Engineers (IEEE) standards group – which developed the three original EPEAT lists centered on personal computers, displays and workstations – voted to abolish the committee set up to spearhead and administer environmental standards, Frisbee said.

"We understand that IEEE struggled with the diverse stakeholder input necessary to create sound environmental standards," he said. "This was particularly challenging for engineers accustomed to making electrical decisions on a technical basis. Nonetheless, we are disappointed. IEEE's abandoning stakeholder-based governance of environmental standards development is a loss to the community."

The IEEE 1680.1 standard used for the computers and displays listed on EPEAT is actually getting pretty long in the tooth, as evidenced by a big dustup involving Apple's MacBook Pro notebook design in fall 2012. So the development actually gives GEC an opening to move forward with an update. For now, though, 1680 in its current form will remain as the centerpiece of those categories. 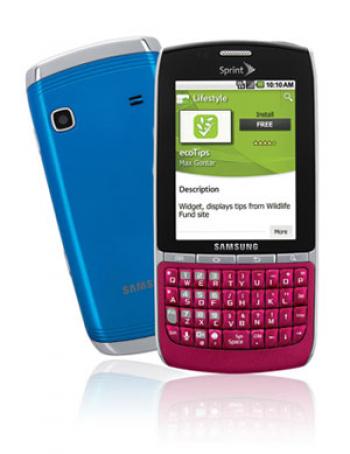 In a statement, the IEEE said the shift reflects the need to keep the technical standards upon which EPEAT is based "open and inclusive," representing key stakeholders across the technology industry.

"To ensure openness and global participation, IEEE has decided to transition the IEEE 1680 work under a new sponsoring committee that will oversee the standards development work of the 1680 family of standards for environmental assessment of electronic products," the organization stated.

The UL 110 standard chosen to shape the EPEAT mobile phone category originally debuted in 2011. It currently covers 41 devices from eight manufacturers including HTC, Kyocera, LG, Samsung and ZTE. (Three more companies are going through the certification process.) Wireless carrier Sprint was instrumental in its development.

"This new partnership is an important step toward industry-wide adoption of the UL 110 standard and after working with UL Environment to develop the standard," said Amy Hargroves, director of corporate responsibility for Sprint, in a statement. "We are gratified to see it is well on its way to becoming the global standard we envisioned four years ago, as well as the opportunities it will bring as the carrier with the most UL Environment certified devices in the marketplace."

UL Environment has been working with GEC since June 2012, when it became one of the organization's Product Registration Entities.

Sara Greenstein, president of UL Environment, said she does not anticipate changes to the existing standard as a result of the EPEAT partnership, or any changes to how it certifies products.

"However, as part of the listing process, the Standards Technical Panel (STP) is working to create a consensus standard using UL's ANSI-accredited standards development procedures," Greenstein said. "The result of this process will reflect the collective work of that STP. As a stakeholder in the consensus process, EPEAT is engaging in the standards development dialogue. The specifics of any change are not yet known since the process is still ongoing and fluid. When a product is reviewed for re-certification, or applies to be listed on EPEAT, it will be assessed to the updated standard in force at the time."

The process of certifying a phone for UL 110 consists of four steps, including a desktop audit of documentation provided by the manufacturer; visual inspection and disassembly of the device and packaging; testing (if necessary); and on-site audits of manufacturing facilities. Manufacturers submitted to the UL 110 standards processes must agree to have their facilities re-inspected every three years.

EPEAT's goal is to have the mobile phone category approved by the end of 2013. It will take approximately four to six months after that for the first products to be listed, Frisbee estimated.

The EPEAT information database is used by eight national governments, educational agencies, healthcare system and businesses. It evaluates technology along a number of metrics including materials used in the components, energy consumption, supply chain policies and waste disposal and recycling considerations.

More than 50 manufacturers have products listed; more than 533 million registered products have been sold globally since 2006. The environmental benefits realized from products adhering to the IEEE 1680 standard include energy savings equivalent to the amount of power needed to power 963,000 households for a year, and greenhouse gas emissions reductions equivalent to removing 1.6 million passenger cars from the road for one year, according to the IEEE.

Mobile phone in grass image from Konstantin Maxim via Shutterstock

EPEAT Expands to Meet Global Demand for Green IT Products

EPEAT expands with first ever CEO