The evidence from real-world observations, sophisticated computer models and research in hundreds of fields continues to pile up. Human-caused climate change already is occurring and will continue to get worse as greenhouse-gas concentrations continue to rise.

Because the climate is connected to every major geophysical, chemical and biological system on the planet, it should not be surprising that we are learning more about the potential implications of these changes for a remarkably wide range of things. And while it is certainly possible – even likely – that climate changes may positively affect some things (such as modestly reducing heating bills in colder regions), the planet’s ecosystems and human-built systems have evolved and been built around yesterday’s climatic conditions, not tomorrow’s. Overall, the evidence suggests the bad consequences will greatly – perhaps massively – outweigh the good.

Here is just a bit of what we’ve learned in recent years about some things that the science community thinks climate change negatively will affect, or even ruin. Many of these impacts are now unavoidable. (OK, not all of these come from the science community, like the consequences for Santa Claus of destroying the Arctic, but you get the idea.) This catalog of impacts is incomplete, growing, and doesn’t include some of the most important and dire consequences, such as the acidification of the ocean, the risk of massive population dislocations, threats to national security and changes to the very hydrologic cycle of the planet. Instead, I’ve focused on some tangible consequences for things in our day-to-day lives.

Read ‘em and weep (or scratch, sneeze, itch and moan).

Allergies: Some allergies will be made significantly worse as climate changes cause pollen counts to increase. There is also evidence that climate change will worsen other factors related to respiratory allergies and asthma, such as summertime ozone concentrations and the growth of indoor fungi and molds. Some references to these risks are here and here and here.

Deadly fungus aspergillus: One of the most dangerous fungal pathogens threatening agriculture is a carcinogenic mold called aspergillus (Aspergillus flavus). It poisons cattle; infects grain crops, especially corn; and can be fatal when ingested. It is also strengthened by warmer temperatures and drought. In 2012, it rendered a significant portion of the corn crop of several states unfit for consumption. As climate warms and weather patterns become more erratic, some researchers suggest that aflatoxin contamination further may restrict the area over which crops may be economically grown (see this PDF here). 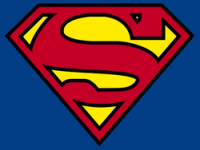 Beaches and island vacations: OK, this one should be self-evident, because a significant amount of sea-level rise is well understood to be an unavoidable consequence of a warming planet. In addition to the serious and massive threats to lives and property, your beach vacations are also at risk. South Pacific Islands, the Caribbean, Florida, Hawaii -– all will suffer beach destruction as seas continue to rise.

Chocolate: A detailed study concluded that the areas suitable for growing cocoa in the prime growing areas of Ghana and Cote d’Ivoire substantially will decrease by 2050 as warming expands. Other research also suggests risks to cocoa production from temperature and precipitation changes (references here, here in this PDF and here).

Coffee: Coffee is one of the world’s most important and valued commodities, worth tens of billions of dollars annually and employing over 25 million people worldwide. There is now evidence that the spread of a deadly coffee fungus is linked to rising global temperatures, and research shows that “nearly 100 percent of the world’s Arabica coffee growing regions could become unsuitable for the plant by 2080.” Starbucks already is having to spend money to study and test climate change-resistant coffee varieties.

Coral reefs: Climate changes in the form of sea-level rise, ocean acidification and warming temperatures pose a massive global threat to coral reefs. As temperature and ocean acidity rise, mass bleaching, infectious disease outbreaks and reef destruction from de-calcification and acidification already are becoming more frequent. Why should people, beyond snorkelers care? Coral reefs are among the richest and most diverse ecosystems on the planet. They provide habitat for breeding and survival to uncounted species of marine life. They provide natural protection to coasts. They bring in revenue to local communities through tourism, fishing and discoveries of new biochemicals and drugs. (See here in this PDF and here and here.)

Fireworks: 2012 was the worst year for July 4th fireworks in three decades, with widespread cancellations due to droughts and wildfire risks from Colorado to Tennessee. In 2013, ironically, a combination of both extreme drought and extreme torrential downpours also led to extensive cancellations. As climate changes force temperatures higher, fireworks shows may become more dangerous to produce.

Fly fishing: A 2011 study published in the Proceedings of the National Academies of Science “forecast a mean 47 percent decline in total suitable habitat for all trout” in the interior western United States by 2080 due to warming rivers and changes in river flows. Another peer-reviewed study concluded (PDF) that “despite the best intentions, we will not be able to preserve all populations of native trout in the Rocky Mountains this century.”

Maple syrup: Climate changes will affect sugar maples in several ways, including increased tree mortality from soil frost and a reduction in sap yield from warmer temperatures. There will be winners and losers. Among the likely changes are losses of production at the southern edge of the zone where maple syrup is produced and increases near the northern edges, but production losses are likely to occur faster than new trees can grow in the north. 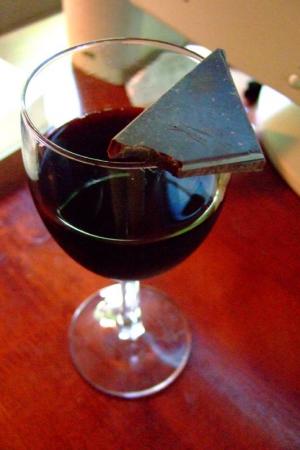 New England lobsters: The American lobster is both a symbol and an economic mainstay of New England. Lobsters are cold-blooded and temperature is a key factor in where they live and how they thrive. As oceans continue to warm, lobsters are likely to move north, and there is already evidence that southernmost lobster habitats are suffering decreases in populations and that rising seawater temperatures are linked “to the spread of lobster shell disease.”

Peanut butter: Peanut crops require several months of fairly consistent warmth and substantial rain. But too much rain near harvest or too little rain early can cause serious problems, and excessive heat and drought lead to aflatoxin contamination and toxic mold. The 2009 report, Global Climate Change Impacts in the United States, stated “even moderate increases in temperature will decrease yields of corn, wheat, sorghum, bean, rice, cotton, and peanut crops.” A study at the University of Florida looked at the combined effect of enhanced carbon dioxide concentrations and higher temperatures. They concluded more CO2 can help a little, but these benefits were dwarfed by the risks of higher temperatures. If daytime high temperatures go to 111 degrees Fahrenheit and nighttime low temperature don’t fall below 93 degrees, peanut seed production drops to nothing.

Polar bears: Plenty of real science has been written about this (here and here and here and many more), but polar bears aren’t just a cute symbol, they are a key biological component in a complex ecology under severe threat from climate change.

Santa Claus and Superman’s Fortress of Solitude: OK, this is really about the destruction of the Arctic and the disappearance of our northern polar ice cap. That will affect global weather patterns, access to minerals, national security dynamics and much more, but in terms of day-to-day concerns, what will you say when your grandchild eventually asks, “How can Santa and the elves be at the North Pole if the ice is gone?” And Superman’s fortress is thought by some to be in the Arctic, but I guess he can fend for himself.

Skiing and surfing: Really? Climate change may worsen both? Scientists have known for a long time that climate change, especially the increases in temperature, will badly affect skiing over time, as snowlines rise, snow turns to rain, or it melts faster and earlier. Indeed, the ski industry and the media already are clearly aware of these risks. But surfing? Yes, surfing is threatened by climate change. As noted by Motherboard: “In the future, surfing is going to suck for a quarter of the world. New research from Australia’s national science agency (CSIRO) reveals that thanks to warming waters, the height of ocean waves is poised to shrink, on average, across about 25 percent of the ocean. From January-March each year, the figure jumps to 38.5 percent."

Texas football: Drought and high temperatures already affect sports. But now there is worry that climate change “could ruin Texas football” — indeed all southern U.S. football. A 2011 piece by Matthew Van Dusen notes “climate change will have a terrible effect on communities throughout the cradle of football in the Southern and plains states.” In the later decades of the 21st century, climate models project that southern states such as Florida, Texas, Louisiana and Alabama could experience 150 to 180 days a year or more (nearly six months a year) with peak temperatures over 90 degrees Fahrenheit. This level of heat could have devastating effects on the economies and ecosystems of these regions and (worse in the minds of some) “make watching and playing football outdoors almost unbearable.”

Water: I’ve written extensively about water, climate and the need for better water management (see here, here and here). In short, the hydrological cycle is an intricate and key part of our climate system. As climate changes, we’ll see changes in water availability, quality and demand, including changes in extreme events, complicating the effective management of our water infrastructure.

Wine: Climate changes can bring both positive and negative impacts for vineyards, so long as they are modest changes. But there is growing evidence that the long-term impacts of expected climate changes for the wine industry could be severe, negative and widespread (see here and here and here and here). Winegrowers already see changes, such as increased sugar content, decreases in acidity and earlier harvest times. But as temperature continue to rise, some researchers have found that climate changes could mean, among other things, “50 percent less land suitable for cultivating premium wine grapes in high-value areas of Northern California.” Another study suggests “major global geographic shifts in” areas suitable for viticulture with the risk of “substantial economic and conservation consequences.”

As our understanding of the complex and broad impacts of climate changes improves, I’ll try to supplement this list over time, but it will get long and sadder.

Competitive surfing drops in on the sustainability wave