Less than two years ago, California became the sixth state to create a new kind of corporation, one that seeks profit and purpose.

Last week, Delaware became the 19th state to enact legislation that allows businesses to register as a Benefit Corporation, and 11 other states are moving in the same direction.

The law broadens the duty of a company to go beyond maximizing shareholder value (profits) -- to include stakeholder value -- environmental and social benefits to the community.

When companies file as Benefit Corporations, they are required by law to take the environment, community, employees and suppliers into account when they make business decisions.

The laws vary slightly across states, but basically they are legally required to:

1. Have a corporate mission to create a material positive impact on society and the environment;

2. Redefine fiduciary duty to require consideration of the interests of workers, community and the environment;

3. Report annually or at least every two years (depending on the state) to the public or stockholders on its overall social and environmental performance using a comprehensive, credible, independent, and transparent third party standard. 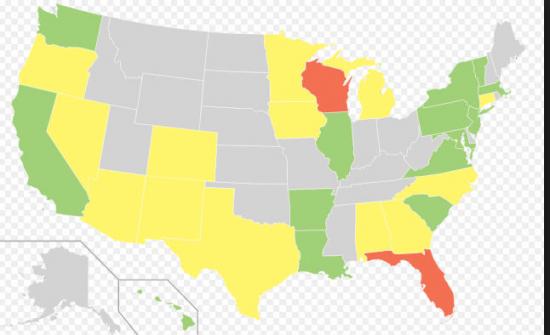 In contrast, standard corporate law says a company's sole mandate is to maximize shareholder profits. That means, even if a company wants to protect environmental and social values, it risks a shareholder lawsuit if it impedes profits.

"We've all heard about corporations wanting to ‘do well' while also ‘doing good,' says Delaware Governor Jack Markell. "With this new law, Delaware corporations will now have the ability to build those dual purposes into their governing documents. We have heard repeatedly that public benefit corporations can fill a market need. But just as important, they will also fill a societal need."

"This law will provide Benefit Corporations with the stability, efficiency and predictability that are the hallmarks of Delaware corporate law," says Secretary of State Jeff Bullock, who oversees Delaware's Division of Corporations.

It will help businesses combat short-termism, attract talent and customers, and accelerate the growth of a big investment opportunity to meet the needs of people who want to both make money and make a difference, they say.

And "it will help entrepreneurs that are "sustainable," "green" or "socially responsible," who struggle to distinguish themselves from other companies that make similar claims but don't actually behave as they advertise," notes B Lab, which certifies Benefit Corporations.

Do you work for a self-regulating psychopath?

B Corps and Fixing the Broken System of Shareholder Capitalism

How California Companies Can Turn a Deeper Shade of Green

Shooting the Messenger Over CSR -- Again