On the EPA's National Top 50 List, Intel was followed in order by Microsoft, Kohl's, Whole Foods Market, Wal-Mart, the Department of Energy (DOE), Staples, the city of Houston, Starbucks and Apple. First-timers to that ranking, released Tuesday, include Unilever, JPMorgan Chase and EMC Corporation.

The organizations on the National Top 50 alone are using more than 20 billion kWh of green power a year, thereby eliminating the amount of CO2 emissions the EPA says that 2.1 million American homes produce each year.

More than 1,400 groups, including Fortune 500 companies, small businesses, government entities as well as colleges and universities, have joined the EPA's Green Power partnership.

In this voluntary program, the EPA provides advice, market data and recognition to U.S. organizations that buy green power. To join, an organization has to commit that a certain amount (PDF) of its electricity will be generated at renewable facilities installed within the last 15 years, sign a partnership agreement and agree to inform the EPA about its annual use of renewable energy. 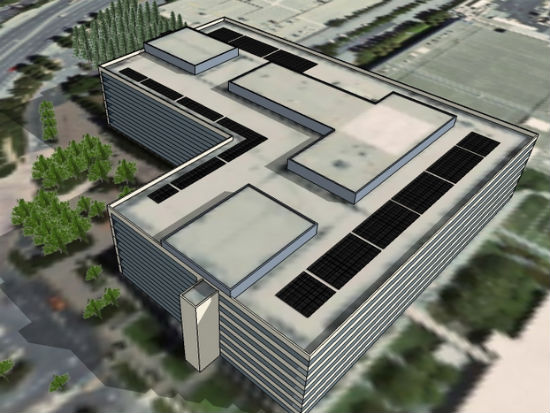 While you won’t find every heavy-hitter in renewables on the list, it’s because they haven’t joined the EPA’s Green Power Partnership. IKEA, for example, is noticeably absent even though it is covering many of its massive rooftops with solar panels. Nor is Google listed, even though it is keen on renewables for its data centers. And while Facebook’s growing infrastructure was responsible for creating more greenhouse gases last year, in 2011 about 23 percent of the energy its facilities used came from renewables. Not only that, the social network recently built an impressive hydroelectric data center in Sweden, and it plans to build a data center in windy Iowa.

Still, the EPA’s lists -- segmented according to categories such as Fortune 500, Tech & Telecom and Retail -- are worth checking out.

As for Fortune 500 companies, 82 of them are EPA Green Power Partners who collectively use more than 14.2 billion KWh of green power a year. Of them, those in the top 10 of the Fortune 500 Partners list are the same as the National Top 50 List, minus the DOE and Houston, making room for Cisco in ninth place and Lockheed Martin at 10th.

Want to know which retailers are among the vanguard in terms of using green power? From first to 10th, they are: Kohl’s, Whole Foods, Wal-Mart, Staples, Starbucks, McDonald’s, Sprint, Ahold USA, Best Buy and Safeway.

But the EPA ranking that may be most interesting to follow is the Top 20 On-Site Generation List. Instead of congratulating organizations for merely purchasing renewable energy credits (RECs), it reflects direct investments in green power.

Wal-Mart, which has invested heavily in solar panels for its stores’ rooftops, tops the list and uses nearly 175 million kWh of power that it generated through biogas, solar and wind — although that’s only a paltry 1 percent of its annual energy consumption. Even so, it’s worth noting the company also has purchased more than 576 million kWh of green power.

Other organizations in the top 10 that get props for investing in the on-site generation of green power include: The DOE, Apple, BMW, Coca-Cola, the Air Force, Kohl’s, the city of San Francisco, the city of San Jose, Calif., and SC Johnson & Son.

To check out all of the EPA’s lists and rankings, click here.