How many technologies does it take to change a city's light bulbs?

That’s a question being addressed, more or less, around the world as major metropolitan areas retrofit their street lights, traffic signals and signage with higher-efficiency bulbs and technologies, notably LEDs. Such efforts are often part of a larger project to modernize and digitize much of the information around energy use — the so-called smart grid — making it easier to control and optimize it.

For a city, lighting can be a “gateway drug” to a larger smart-grid implementation.

A smart grid is a complex puzzle of utilities, buildings, cities, vehicles and devices using electricity — not to mention the transmission and distribution lines that distribute it. Throw in the so-called Internet of things — billions of computer-addressable objects and devices — and you’ve created a complex system.

Like all such systems, they can be powerful tools or an unwieldy mess. Creating the former, and doing so profitably, will be one of the great business opportunities of the 21st century.

Much of that action is happening inside cities, which are spawning grounds for a wide range of technologies designed to optimize city services while reducing their citizens’ energy use and carbon footprints. Many of these technologies are nascent, continually improving in both price and performance. For cities, figuring out which technologies to deploy — and when, and from which vendors — is a complicated and sometimes confounding question.

But sometimes it all comes together.

Paris, for its part, is known as the City of Light.

Can these two partners — an iconic city and a technology upstart — find success?

At GreenBiz’s Convergence Paris event last month, I met up with Sterling Hughes, Senior Director of Advanced Technology at Silver Spring. Hughes heads up development for new market initiatives, including its international and smart cities businesses. At Convergence Paris, Hughes participated on a panel on “future cities.” 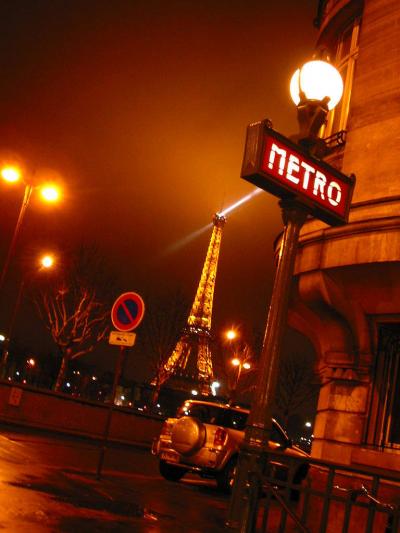 Earlier this year, Silver Spring was selected to participate in a streetlight and traffic signal management project for Paris, part of the city’s efforts to reduce its public lighting energy consumption by 30 percent over 10 years. The project in which Silver Spring is participating is the first part of a multistep process to manage a complex array of thousands of streetlights, streetlight control boxes, traffic signal control boxes, and other elements of Paris’ public lighting and traffic control infrastructure. It’s also part of an effort to upgrade Paris’ electricity grid and turn Paris into a “smart city.”

Doing the latter requires first doing the former. That is: A city can cost-justify a citywide rollout of the wireless network it needs for a smart grid because light poles are pretty much everywhere.

“Smart cities is a very broad term, but for us it starts with a network throughout the city for all of the city services. It then enables people to build software applications on top of that,” Hughes told me. Those additional applications can be used to improve a range of city services, from electricity delivery to traffic control.

Retrofitting street lighting with efficient LED bulbs makes sense beyond the reduced electricity costs, though those can be considerable: New York City expects a 35 percent reduction in lighting energy costs when its citywide retrofit is completed in 2019. That’s lower than other cities report, however. According to Hughes, energy savings from LED street lighting is more typically around 65 percent.

There are also maintenance cost savings — primarily, the labor it takes to replace bulbs when they are no longer effective. (Unlike other light sources, LEDs usually don't “burn out”; instead, they get progressively dimmer over time, referred to as “lumen depreciation.”) Good-quality white LEDs in well-designed fixtures are expected to have a useful life of 30,000 to 50,000 hours or longer. In comparison, a typical incandescent lamp lasts about 1,000 hours; a comparable CFL lasts 8,000 to 10,000 hours. The cost of replacing a single streetlight bulb — sending a crew out with a bucket truck, sometimes having to close lanes or roadways — can be hundreds of dollars, many times the cost of the bulb itself.

“There are a few applications that pay for themselves,” says Hughes. “One is smart parking” — which typically results in higher revenue from parking meters. “The other is smart street lights.”

The difference with street lights, says Hughes, is that “you get much more ubiquity across the city so you’re able to have that network infrastructure. It basically finances the rollout of a network across your city. If you implement LEDs and you choose a network that can support multiple applications, every additional device you choose is going to be way cheaper.” The alternative to a wireless network, says Hughes, is to dig trenches to install fiber optics throughout the city.

In the case of Paris, there are actually two separate projects, each attached to different city budgets. One has to do with LED traffic lights, enabling them to be not just more energy efficient, but also digitally networked in order to improve traffic flow. The other is for street lights, providing operational savings from energy as well as detecting that a street light is out (or degrading) without physically inspecting it.

Much of this kind of work is playing out in Europe first. “Europe has a few more drivers for smart lighting,” explains Hughes. “One is there’s roughly double as many lights in Europe as there are in the United States, even though the U.S. is much larger. The engineering standards on roadway lighting here in Europe much more specific.”

One key metric is pole-spacing on roads — the distance from one light pole to the next in order to have sufficient illumination on roadways. “In Europe there’s a very well-defined classification and system of roads that is defined by the CIE [International Commission on Illumination], which is a standardization body for lighting. Not only do they define what the pole spacing is in order to have enough light on the road, they also define the traffic conditions and the light on the road based upon the traffic conditions.”

Hughes explains: “Road classifications are based on their traffic — the number of cars per minute or per hour. Based upon that it’s either called a highway, a thoroughfare, or a pedestrian roadway. The way dimming schemes work is, essentially, if the highway at 2 a.m. has only the traffic of a pedestrian roadway, you can de-rate the road to a pedestrian roadway in terms of your lighting level, which means you can reduce the light level by 50 percent, and therefore save a bunch of energy in the middle of the night.”

Equivalent standards don’t yet exist in the United States.

And then there are the societal benefits of smarter, more energy-efficient city lighting. “The light from LEDs is massively better,” says Hughes. “I didn’t really think they were anything that special before I started looking at street lights, but the light from LEDs can actually demonstrably reduce crime. In Los Angeles, it’s reduced crime by 15 percent. In Chattanooga, certain public parks have gone from three or four gang incidents a week to none.”

Suffice to say, such societal benefits need to be part of the calculation for cities investing in smart lighting systems. We know how to put monetary values to social benefit, from reduced law enforcement needs to higher property values and resulting property tax revenues, not to mention resident safety and satisfaction. They are as important as the reduced energy and maintenance costs.