The unthinkable is starting to happen in the financial services sector: a movement to divest from oil and gas companies that affect climate change.

Norway’s Storebrand, which holds more than $30 billion in assets, recently announced that it would exclude 13 coal and six oil sands companies from all investments “to reduce Storebrand's exposure to fossil fuels and to secure long-term, stable returns for our clients.”

Excluding companies from investor portfolios is not news, but the rationale behind this action is interesting. Storeband is basing its decision on the idea that if we want to prevent global warming from exceeding 2 degrees Celsius, “many fossil fuel resources will become unburnable, and their financial value will be dramatically reduced.” In this line of reasoning, it’s logical for Storebrand to reduce its risk by divesting from these resources.

This concept of unburnable fossil fuels is gaining traction. A 2012 Carbon Tracker report asserted that 80 percent of fossil fuel reserves must be left in the ground to avoid some of the worst effects of climate change, including more intense and frequent extreme weather events, changes in water availability and the spread of vector and waterborne diseases.

What’s striking is that investors are beginning to think that these assets never may be monetized and indeed may become liabilities. Former World Bank chief economist Lord Nicholas Stern put a fine point on this issue when he compared climate change risks to the economic crisis: “The financial crisis has shown what happens when risks accumulate unnoticed.”

Other leaders in the financial services sector also have been weighing in. In January, HSBC issued a report outlining the unburnable reserves on a company-by-company basis to, among other things, provide investor guidance on how to mitigate risk. According to the report’s authors, “a material proportion of the world’s undeveloped reserves of fossil fuels could become ‘unburnable.’”

In March, Standard & Poor’s and Carbon Tracker launched a rating service report (PDF) on oil companies' “creditworthiness,” which called for a fundamental shift in how financial models are built for these companies: “The latest and widely accepted scientific research on climate change suggests the future cannot resemble the past. Global energy use and the resulting emissions may have to change, or we will have to adapt to a warmer world; arguably, it's likely we will need to do both. As a consequence, financial models that are based on past performance and creditworthiness may not be relevant in the future.” 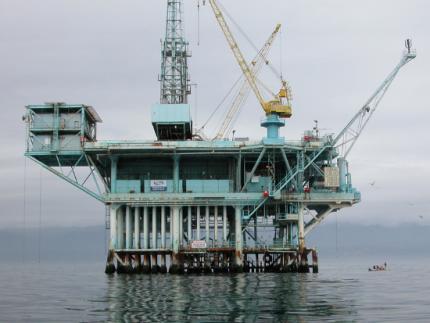 Bringing these discussions to a broader set of people -- with the intent of building an international climate change movement -- Bill McKibben penned a popular Rolling Stone article warning of “Global Warming’s Terrifying New Math.” McKibben has used his platform as a journalist to activate a global grassroots movement, 350.org, a group he founded in 2008 that has become famous for its own fossil fuel divestment campaign.

Meanwhile, oil and gas companies have been quietly debating whether this campaign will influence investors and other stakeholders. A colleague who works for an oil and gas company told me that for the first time in his career, he felt like a “branded target” while attending the 2013 Ceres conference.

For the financial services sector, this debate underscores that now is time for company leaders to act: Examine climate change data, projections and trends, and incorporate this information into internal investor-valuation models.

Simply put, investors should ask, “What are the implications on our investments if the business community begins to fully incorporate a climate-constrained world into day-to-day operations?”

The financial services sector has a long history of considering scenarios around the likelihood of various events versus the magnitude of the impacts associated with these events, and it’s time to apply that same calculus to climate change.

The magnitude of climate change impacts is no longer a serious form of debate. It is just a question of severity, when and where.

For the financial services sector, it is important to adjust asset valuations accordingly. There are five clear steps to follow:

1. Review climate change literature, particularly the scenarios for how it may play out over time as well as in particular regions.

3. Develop a risk assessment of overall investments if the best- and worst-case scenarios for climate change play out in terms of potential financial losses.

4. Lay out investment alternatives, considering how other investors are approaching unburnable carbon. (Investors to watch include Storebrand, which is no longer lending to certain fossil fuel extraction methods, and Rabobank, which decided to stop loans to companies engaged in shale gas extraction.)

5. Consider investments that support a low-carbon energy transition, such as the recommendations of E3G, IEA and others that promote energy efficiency and various renewable sources of energy.

This article originally appeared on the BSR Insight blog and is reprinted with permission.

Why the ‘Do the Math’ tour doesn’t add up

Debating divestment and a portfolio free of fossil fuels