The energy business is in for a shock, one that won't come from a mere earthquake or hurricane. This shakeup is deeper and will be longer-lasting, and it dares to put more power in the hands of the people.

One of the biggest players in the power business seeks to lead a transformation to clean up energy and even decentralize its delivery -- and it hired Robyn Beavers to spearhead a new, still somewhat under-wraps effort to get there. NRG Energy provides enough energy to power plants to keep the lights on in some 40 million homes. Joining NRG in April as a senior vice president, Beavers formed the new Station A Group, a kind of skunk works for energy resilience. 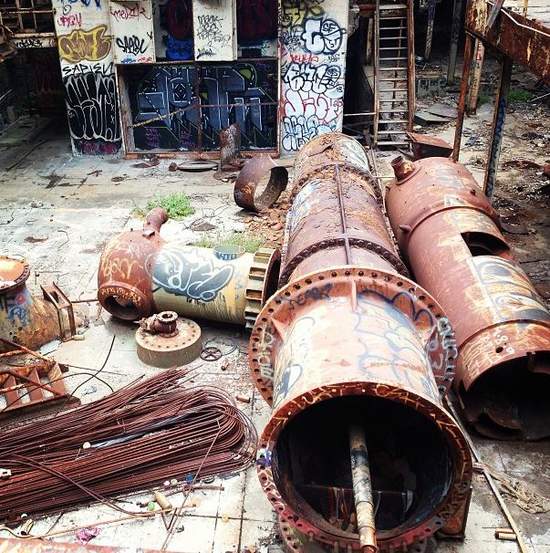 The Stanford-trained MBA and engineer is largely responsible for the solar panels topping Google’s headquarters, where she served fresh out of college as an executive assistant to the co-founders, then soon launched its first environmental strategy group. Beavers then managed the Vestas WindMade label for consumer products. Until earlier this year, she led commercialization efforts at DEKA with Segway inventor Dean Kamen.

It’s a perfect fit for Silicon Valley, but what about at a Fortune 500 company brokering mostly in fossil-fuel-based energy? The industry isn’t exactly known for embracing change. Plus, Beavers is all the way in San Francisco, far from NRG’s two headquarters, outside Princeton, N.J. and in Houston. But don't forget her 2009 stint reporting to the Vice President as a Department of Energy Recovery Act fellow. And as it turns out, she has good company in seeking to disrupt the traditional utility model.

“Our CEO [David Crane] has been quite vocal in last few months, especially after Superstorm Sandy,” Beavers said by telephone. “It’s been a wake-up call, for the folks willing to look at it in the energy industry, that maybe that infrastructure isn’t relevant anymore for the way the world works today.”

How will Beavers' background inform her work at NRG?

“When I convinced Larry [Page], Sergey [Brin] and Eric [Schmidt] to put 9,000 solar panels on our roof [at Google], not many companies would have said yes to that in the mid-2000s,” Beavers said. “That’s really typical for Silicon Valley technology companies ... Now, working for a company where energy is our core business, there’s more at stake. We have to be thoughtful with our risk-taking and even more creative and intuitive with it all. I love that challenge so much more because if it works it has a significant impact not just on our own companies but hopefully for the future of power and sustainability infrastructure." 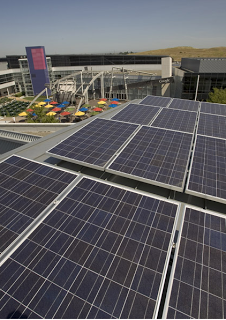 NRG already counts eight solar and four wind farms within its portfolio, and it aims to become the top producer of renewables in the country. There are interesting side projects, as well; earlier this year it debuted a Solar Canopy, a ready-made photovoltaic shade for homes or businesses. Several years ago, it rolled out its NRG eVGO network of electric car charging stations.

As for Station A, Beavers won’t detail specifics, but there are hints. The team is named after a century-old Pacific Gas & Electric power plant building on a site where the team is working. The moniker is a way to take an old-school industry term and “make it meaningful for the new power infrastructure we’re trying to develop,” she said. “Our broader vision of the future assumes there will be more types of players participating in the energy space.”

Success may eventually be measured in kilowatt-hours produced by distributed energy systems, or by homes that go off the grid, although no such metrics have been set at this point, she added.

For now, Beavers named rooftop solar as a great first step toward this sweeping change in the energy sector. Next, watch for the emergence of micro combined heat and power technologies; energy efficiency devices like Nest (with which NRG is a partner); and other smart thermostat and energy management systems. Yet there's a ton of work ahead toward getting consumers and businesses to adopt "power products" that would allow them “to generate electricity, heat and eventually water."

Did she say water? It's one of her obsessions. Beavers foresees disrupting water delivery much in the same way energy could be decentralized. Water and power, after all, are intertwined and not mutually exclusive; it’s the delivery that’s complicated. “It’s definitely something in the long run we’ll be focusing on.”

Until joining NRG, Beavers was with DEKA, Dean Kamen's company, for a little more than a year. This included working on a partnership with Coca-Cola to roll out the Slingshot, a low-power water purification device, in rural parts of Africa and Latin America. 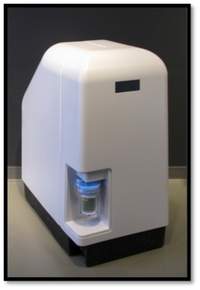 As it becomes more critical to ensure water supplies in the coming decades, Beavers foresees applying tools that “leapfrog” from the developing world to the post-industrialized one. For example, cleaning dirty water -- even from the laundry machine or the toilet -- for drinking “may sound bonkers but someday it will be necessary.You’ll have your own water recycling plant in your own house.”

But will getting consumers to take control of their energy and water -- things they’re used to purchasing from a utility -- sell on Main Street? And doesn’t this kind of vision threaten to put a big name like NRG out of business?

By contrast, disrupting the current thinking is necessary for the spirit of keeping NRG one of the most important U.S. energy companies, Beavers said.

“Either some companies get it or they don’t in history. Sustainability is incredibly important for the company’s liability going forward. Now it’s a mixture of product development and strategy, and looking at the overall energy industry as a whole.”

Beavers urges those hoping to disrupt their own established industries to think creatively. As an example, Beavers called out Kamen, “who in his own way breaks all the rules but does it through understanding physics and engineering so deeply.”

And then there's her boss, NRG Energy's Tesla-driving CEO, Crane.

“That’s a major requirement for anyone looking to join a troublemaking internal disruptor team; you need to have the right support from the right leader. Progress is usually stalled or messed with mostly because of people, not other things. You can have the best technology in the world and it can still fail because of human society.”

NRG, IDEO on 3 mega-forces that will shape the future of energy

Where microgrids stand in the battle for our energy future

Giving consumers power over their energy use