If you eat wild-caught seafood, it likely comes from an area that's being fished at capacity -- or even overfished.

With demand for fish growing, global fish prices rose to record levels in recent months due to increased demand for salmon and shortened supplies of tuna. Aquaculture, or fish farming, has great potential to reduce the associated ocean stressors, but only if done right.

Fish farming has received a bad rap for all the problems it can cause, including pollution from pesticides, antibiotics and other chemicals. Not only do these substances negatively affect the fish and the people who eat them, they also flow into the environment surrounding offshore nets or large on-shore aquariums. Other problems include escaped farmed fish that can pass diseases onto and interbreed with wild stock and the large amounts of wild fish needed to feed farmed fish.

Yet aquaculture is expected to play a sizable role in tomorrow's food industry. By 2021, wild and farmed fish production together will exceed that of beef, pork or poultry, reaching 172 million tons, according to the U.N. Food and Agriculture Organization. Aquaculture will rise an estimated 33 percent, compared with just 3 percent growth in capture fisheries.

The bulk of aquaculture takes place in Asia, which in 2010 accounted for 89 percent of global production. North American fish farming hasn't quite taken off, but it's growing steadily in South America, especially in Brazil and Peru.

Companies from around the world lead the charge. Here are five ways firms are working to clean up fish farming.

Last month, 15 companies that collectively produce 70 percent of the world's farmed salmon launched the Global Salmon Initiative (GSI). As part of the effort, they pledge to have all of their production certified by the Aquaculture Stewardship Council (ASC) by 2020. If successful, the move significantly will bolster sustainable aquaculture while measurably reducing its impact on the ecosystem.

"As a relatively young industry, we hope that through industry collaboration, research and sharing of knowledge, we can make the necessary changes to do better, and keep getting better," Alf-Helge Aarskog, GSI's co-chair and CEO of Marine Harvest, said in a statement (PDF). 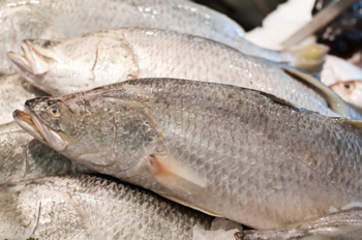 Sustainable fish farming pioneer Australis Aquaculture has been growing the barramundi species using a Recirculating Aquaculture System (RAS) for nearly a decade. It's a closed-loop system that filters, cleans and recycles the water in a fish tank while manure filtered from the water is used as agricultural fertilizer.

Australis, based in Turners Falls, Mass., counts its fish using infrared counters to avoid overcrowding. As they grow, fish are moved to progressively larger tanks. The secret to doing aquaculture right, the company says, is breeding and growing the right kind of fish. Barramundi, also known as Asian Seabass or Giant Perch, thrive in the aquaculture environment and are naturally disease-resistant.

The company's Massachusetts operation produces about 2 million pounds of fish a year while discharging less than 15 pounds of solids a day.

Monterey Bay Aquarium's Seafood Watch is a great program if you want to buy seafood but don't know which kinds to avoid for various environmental or health reasons. You might not know to avoid lake trout from Lake Michigan, for example, because its population is currently too low. Or that oysters are actually well-suited to aquaculture because the filter-feeding shellfish aren't polluting and don't rely on fish for food. 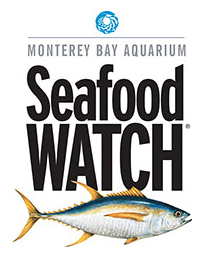 Atlantic salmon is another story. Seafood Watch stamps the "Avoid" label on most varieties because of the environmental problems with farming Atlantic salmon, including the three pounds of wild fish it takes to grow one pound of farmed salmon.

Giant chemical company DuPont figured out a way around this problem with a genetically engineered yeast that provides salmon with the Omega-3 fatty acids they require, saving 75 percent of the feeder fish used in traditional salmon aquaculture. DuPont's joint venture with Verlasso and AquaChile, one of the world's largest aquaculture companies, recently became the first ocean-raised farmed Atlantic salmon to receive the "Good Alternative" ranking from Seafood Watch.

4. Progress on Clean Seas, but program still on hold

Clean Seas, the first aquaculture company in the southern hemisphere to be certified by the NGO Friend of the Sea for its production of Hiramasa Yellowtail Kingfish, announced in December the Australian company was suspending its tuna propagation program for the 2013-2014 summer due to a disappointing quantity of fertilized eggs compared to prior seasons, as well as financial constraints.

"The Southern Bluefin Tuna (SBT) broodstock held in onshore facilities and in sea cages at Arno Bay remain in good health," the company wrote in a recent statement (PDF). "Further, the company has recently secured funding from Seafood CRC and Fisheries Research Development Corp. to assist with the holding costs associated with maintaining this valuable broodstock."

We'll keep an eye open for the company's re-emergence. Clean Seas was the first company not only to transport the large fish over long distances to landlocked tanks, but also to get them to breed in captivity. Its efforts landed the company on Time magazine's World's Best Invention list in 2009.

5. New technology on the horizon

Most shrimp consumed in the U.S. comes from Asia, where producers feed the crustaceans wild fish and discharge waste into coastal waters. That, however, may change if a University of Missouri professor has his way. David Brune, a professor of agricultural systems management and longtime aquaculture researcher, invented a way to quickly grow shrimp without generating waste.

His Partitioned Aquaculture System (PAS) uses paddle wheels to produce a high volume of algae, which in turn treats waste. Brine shrimp harvest excess algae and can be used as food for Pacific white shrimp.

Turning the Tide of Commercial Fishing