We get an awkward question from customers from time to time: "Is it true that Interface puts a pesticide in their carpet tiles?"

It's made more awkward by the fact that, technically, it's true.

The chemical in question, known by the brand name Intersept, is a phosphate and coconut oil-based preservative we mix into carpet tile backing to keep microbes from eating it, even if you neglect to clean your carpet regularly. But by U.S. Environmental Protection Agency (EPA) rules, it must be registered as a pesticide because it is biostatic, meaning it inhibits the growth of microbes in contact with it.

We could point out that the EPA has tested it to establish effectiveness, biodegradability and low toxicity, but that doesn't count for much in the court of public opinion. And maybe it shouldn't, given the historically spotty performance of chemical regulators, especially when it comes to pesticides.

So how do we, or any company, credibly establish for a skeptical public that a chemical really is green, or at least a safer alternative?

The underlying science of chemical risk and hazard assessment is both complex for those of us without a Ph.D in chemistry or toxicology, and expensive, due to the shortage of relevant toxicological data. So I asked a few of my favorite green chemistry experts who do have Ph.Ds to share some of their favorite rules of thumb and tools for approaching this question.

Without a comprehensive assessment, there are still ways to take the measure of your chemical by focusing on the issues most likely to matter.

The axis of chemical evil: P, B and T

We know that the worst chemicals, including DDT, PCBs and mercury, have that evil trifecta of being persistent (they never break down), bioaccumulative (they never leave your body) and toxic (they are bad for your health), or PBT for short. Martin Mulvihill of the UC Berkeley Center for Green Chemistry points out that while it can be expensive to assess all of the many ways in which a chemical can be toxic, persistence and bioaccumulation are relatively cheap and easy to assess. Your chemical is probably not green if it doesn't break down in the environment or builds up in your body over time.

Get to know your chemical's competition

Mulvihill also points out that you can narrow your assessment of toxicity if you know something about the chemical's "functional class," or what it does in a product. This will tell you what to compare your chemical to. In the case of carpet preservatives, the competitors are an array of silver, zinc and chlorinated compounds, many of which have issues with disrupting aquatic ecosystems if they are released into waterways. So a clear priority would be assessing aquatic toxicity of a potentially greener chemical in this class.

Get to know your chemical's relatives

Mulvihill also notes that understanding the basics of a chemical's structure can yield important clues on what to research to establish safety. In layman's terms, if your chemical's skeleton resembles a known neurotoxin, you should prioritize assessing the neurotoxicity of your chemical.

This is important for avoiding one of those regrettable substitutions where the new, less-studied chemical later turns out to be just as bad as the one you replaced.

Check in with life's chemistry

Mark Dorfman of Biomimicry 3.8 reminds us that checking in with how living things do chemistry, always either near or inside their own bodies, is a great way to quickly assess a chemical's "life friendly" credentials. Key "Life's Principles" on chemistry from Dorfman's organization include using water-based chemistry, selectively using only the elements commonly found in living things (life uses heavier metals very sparingly), and using chemicals that readily degrade into benign substances. Even toxic natural substances such as snake venom follow these rules of the road.

Know your tools for hazard assessment

My third expert, Margaret Whittaker of ToxServices, was kind enough to walk me through the array of tools now available for assessing the hazard profile of a chemical without breaking the bank.

Rapidly replacing the Red Lists of targeted chemicals traditionally employed by NGOs are lists of lists, which are compilations of chemicals that are toxic in various ways, according to an array of governmental and scientific organizations.

The most referenced of the bad chemical lists of lists is the GreenScreen List Translator, which draws on lists from numerous governmental agencies to create the mother of all Red Lists, known as "Benchmark 1 chemicals," which soon will be embedded in new credits in the LEED v4 green building standard. The easiest way to access the List Translator is through the Pharos Project's Chemical and Material Library and it is also built into the GreenWERCS tool employed by Wal-Mart and others. Another popular list of lists is ChemAdvisor, also known as the LOLi database, which allows you to pay $30 for a background check on your chemical.

If your chemical isn't on any of the lists, the GreenScreen for Safer Chemicals is a standardized protocol for reviewing all available scientific literature on your chemical and scoring it against 18 hazard endpoints, including cancer and endocrine disruption. This may result in your chemical being assigned a Benchmark score, with 1 being the worst and 4 being the best. ToxServices and several other firms offer full GreenScreen reviews of chemicals. 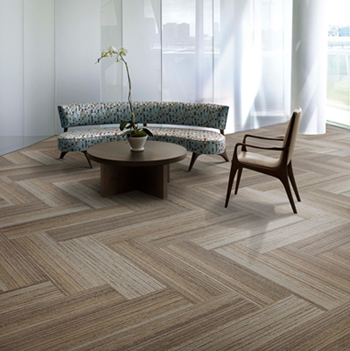 So how does Intersept, our original carpet additive fare, against our rules of thumb and assessment tools?

We know that Intersept is not persistent or bioaccumulative based on biodegradability tests EPA required for registration as a pesticide.

We know that Intersept shares some aquatic toxicity issues of other antimicrobials, but not because it poisons the microorganisms in natural ecosystems. The EPA's concern was that it breaks down readily into phosphates and nitrogen, and could over-feed microorganisms and throw the system out of balance, as was done for years by phosphate dishwasher soaps.

We know that Intersept will break down into food for microorganisms and does not contain any elements that are uncommon in living things, unlike some metal-based preservatives. Intersept is not, however, a water-based formulation, given that the EPA requires us to prove that it will not leach out of the carpet backing during years of steam cleaning.

From the tools listed, we can see some hazard flags in the Pharos lists about skin and eye irritation, as well as aquatic toxicity. None of these classify it as a GreenScreen Benchmark 1, and none is particularly applicable to a substance embedded in carpet backing.

Having done reasonably well in the rules of thumb and lists of lists, the next challenge would be to see what more detailed hazard screenings such as Cleangredients and GreenScreen would reveal.

Who knows? In the emerging new world of verifiable green chemistry, maybe we will even find that there is a place for "greener pesticides."

A Formula for Building a Green Chemistry Future

How 2019 laid the groundwork for change in the chemical industry

The best tools for using healthier materials in your products