There is more pressure than ever for companies to reduce their greenhouse gas emissions and control energy costs, and there are more potential paths than ever that companies can take to improving their sustainability performance.

So, which sustainability initiatives are perceived to yield the optimum combination of environmental and economic benefit? And why are there often significant gaps between the choices that often get made versus the paths with the greatest combined benefits?

The results (downloadable at the Cameron-Cole link) confirm that many corporate sustainability executives believe comprehensive energy-efficiency retrofits of existing buildings represent the most effective way to reduce emissions and reduce operating costs. Despite this apparent consensus, a significant gap exists between the perceived economic and environmental effectiveness of comprehensive energy efficiency retrofits and their implementation.

Other key findings from the survey were:

For which of the following has your company established
quantitative improvement targets? 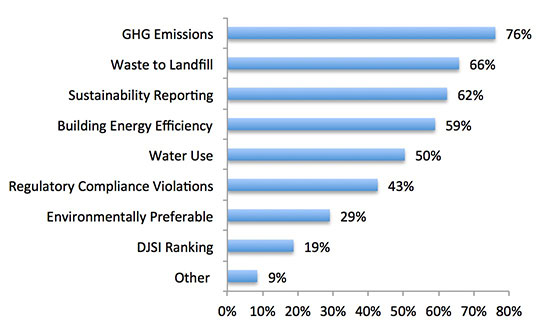 To explain the apparent disconnect, it’s helpful to ask a number of additional questions, and important to keep in mind that not all building energy efficiency initiatives are equal.

1. How much potential do buildings hold for reducing emissions and costs?

A recent study by the Energy Information Administration (EIA) found that 72 percent of the 46 billion square feet of building space in the U.S. belongs to buildings that are more than 20 years old. Furthermore, at least half of the buildings that will be in use in 2050 already have been built. Most were built when there was little awareness or concern about rising energy costs or climate change. Sixty percent of office buildings were built before 1980 and many need upgrades. As a result, these existing buildings represent significant potential for cost and greenhouse gas emissions reductions.

The Department of Energy's (DOE) 2013 Annual Energy Outlook estimates that efficiency improvements could reduce emissions by 220 million metric tons of carbon dioxide, and cover 47 percent of the gap between business-as-usual emissions and the U.S. 2020 target.

Furthermore, the Natural Resources Defense Council examined the net costs associated with several carbon reduction strategies and found that -- after considering the benefit of reduced energy bills -- carbon abatement through building efficiency results in a net gain to society.

2. What kind of savings and ROI can you expect from retrofits?

A recent study by the Emily Hall Tremaine Foundation estimated that over 85 percent of the energy consumed in the U.S. is wasted. It determined that upgrading the energy efficiency of U.S. buildings could save $1 trillion over the next decade. This report is echoed by a Rockefeller Foundation study conducted last year, which estimated that an investment of $279 billion in building retrofits could reduce the energy use of older buildings by 30 percent, and realize more than $1 trillion in energy cost savings over 10 years. In addition, the study estimated that widespread adoption of energy efficiency building retrofits could reduce overall U.S. greenhouse gas emissions by 10 percent per year and create more than 3.3 million jobs.

Analysis by the American Council for an Energy Efficient Economy shows that the average return on investment for energy efficiency projects exceeds 20 percent. This is similar to findings by the Department of Energy’s Better Building Alliance, which maintains that a typical commercial building can save 20 percent on its energy bills just by commissioning existing systems so they operate as intended.

Energy efficiency retrofits are not a new topic, but not all are created equal or yield equivalent benefits in terms of GHG emissions and operational cost savings.

In fact, the potential for cost savings and ROI can be significantly higher if retrofits consider interactions among multiple building systems comprehensively rather than in a piecemeal manner focusing on building systems individually.

The growing consensus that comprehensive energy efficiency building retrofits, otherwise known as "deep retrofits," can create both significant savings and greenhouse gas reductions is a promising indicator which sustainability professionals have begun to tap into. 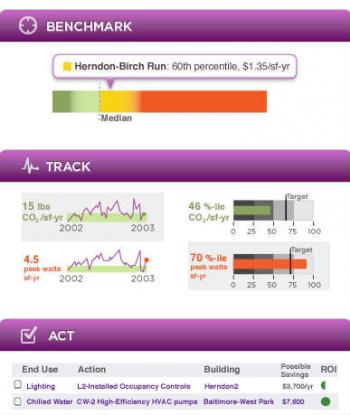 3. How do 'deep' energy retrofits differ from conventional ones?

On the other hand, "deep retrofits" -- sometimes also referred to as "comprehensive," "advanced," "integrative" or "whole building" retrofits -- represent a "systems thinking" approach that promises greater efficiency and financial paybacks by considering how multiple building components such as lighting, mechanical systems, building envelope, occupancy patterns and seasonal weather patterns interact and contribute to a building’s energy use and environmental performance.

While conventional retrofits can be expected to achieve operating cost savings of 20 percent, an integrative deep retrofit can reduce energy consumption and the associated operating costs by as much as 75 percent.

Even though efficient building technology is readily available, deep renovations are not standard practice. Despite attractive prospects for savings, reduced greenhouse gas emissions and significant impacts on the health, wellness and productivity of individuals who work in buildings, there are too few successes to point to, and there is an enormous inventory of untapped opportunity.

4. What are the primary obstacles to deep retrofits?

Rob Watson, CEO of the consulting firm ECON and an expert in building efficiency, maintains that typical building assessments make assumptions that vary significantly from actual conditions and fail to consider the dynamic interplay of occupants, climate, weather and building systems.

According to Watson: "In large part it is due to a lack of accurate baseline building performance data as well as limited data about operating data and occupant behavior. There are still billions of square feet of commercial and industrial space that use manual, analog thermostatic or pneumatic controls rather than networked digital sensors and analytical systems to monitor and optimize building performance based on occupant behavior and weather."

In addition to the limited availability of data, the boardroom and the boiler room speak different languages: "Financial accounting and analysis are the key to improving business performance; however, financial analysts talk about Net Present Value (NPV), Internal Rate of Return (IRR), Return on Investment (ROI) and EBITDA; while building managers talk about Coefficient of Performance (COP), Load Profiles and Thousands of BTU per Sq. Ft. (kBtu/sq.ft.)."

Watson also maintains that complicating matters further, architects and designers seldom are engaged to determine if things are working as planned. Building operations personnel are seldom sought out, and too often sustainability managers are involved after the fact.

"Therefore, efforts tend to be tactical rather than strategic ... single-dimensional rather than multidimensional. This is of particular importance because buildings are complex interactive systems. It should come as no surprise then that achieving building performance improvements to this point has been limited."

It can be difficult to make the business case for deep energy retrofits when building owners and building tenants do not share the costs and benefits of a retrofit equally. Such split incentives can inhibit improvements to environmental performance. For example, "triple net" leases, common in the retail and industrial sectors, do not motivate building owners to pay for energy efficiency retrofits. That's because the savings accrue to the tenant, and tenants are not motivated to implement deep energy retrofits if the payback period is longer than the lease term, or requires capital improvements to building structures beyond their leasehold boundaries.

Another factor that can limit the reliability of business case analysis for a deep retrofits: Only 51 percent of the respondents have verified their GHG emission inventories. It's likely that at least 25 percent are basing retrofit targets on unreliable data.

To help building owners and managers achieve the optimal results, it is necessary to employ outside assistance to bring this holistic understanding. Cameron-Cole is among a small set of firms with this integrated offering. In addition to providing energy use and GHG-emission inventory auditing and verification, Cameron-Cole also provides a Sustainable Structures service. It employs an interdisciplinary team of engineering, architectural, building science and financial professionals to provide the integrated expertise required to assess, model, plan and implement deep retrofits. 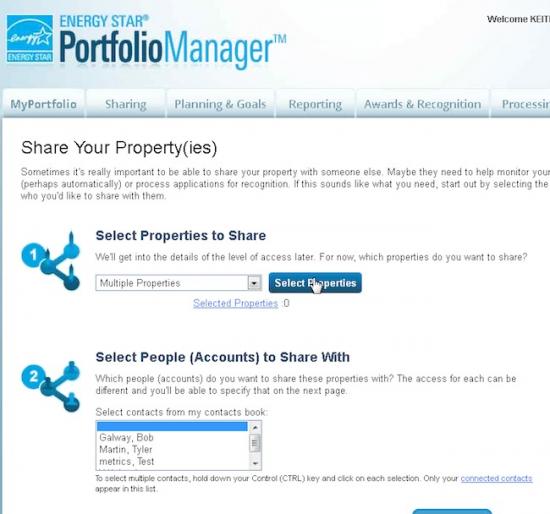 5. What other resources are available to unlock deep retrofits?

With the encouragement of investor-led efforts to accelerate company action on carbon reduction and energy efficiency activities such as the CDP Carbon Action Initiative, a significant number of resources are emerging to address these obstacles and make it possible for deep energy retrofits to enter the mainstream.

The Department of Energy also has developed a number of programs and resources to accelerate the implementation of deep energy retrofits:

The Better Buildings Alliance is a DOE effort to promote commercial buildings to cut energy use 20 percent by 2020 through collaboration with building owners, operators and managers. It has more than 200 members, representing some 10 billion commercial square feet across retail, food service, commercial real estate, public, hospitality, healthcare and higher education.

The Alliance’s Leasing & Split Incentive team is working to help align financial and energy incentives for landlords and tenants. This includes developing resources to encourage ”green” or “energy-aligned” leasing, educating brokers on the importance of energy efficiency in commercial real estate, and engaging tenants to undertake efficiency improvements in leased space.

EnergyIQ is a benchmarking tool for non-residential buildings that is being developed by the DOEs Lawrence Berkeley National Laboratory with sponsorship from the California Energy Commission's Public Interest Energy Research program. EnergyIQ benchmarks energy use, costs, and features for 62 building types. It also provides a carbon-emissions calculation capability.

Few options are more promising than whole building "integrative" retrofits for organizations looking for an effective path to closing the energy efficiency and emissions gaps in buildings. One critical factor is the verification of greenhouse gas and energy use inventories.

What path is your organization on today, and which path will it choose going forward?

To learn more about efficient buildings and the convergence of sustainability and technology, be sure to check out VERGE SF Oct. 14-17.

Buildings image by kstudija via Shutterstock

Climate Corps: How to Harvest Savings by Greening Leases

How to find energy-efficient commercial space

How Chicago Can Make an Even Bigger Impact with Building Retrofits