Like other adult beverage companies, brewer MillerCoors has squeezed water from its brewing and production processes as fast as possible for economic and environmental reasons.

Last year, it managed a 6.1 percent reduction in this regard: The Chicago-based company now uses 3.82 barrels of water for every barrel of beer, compared with up to 6.62 barrels per beer barrel required by some other U.S. breweries.

But the brewing process represents a relatively minor part of MillerCoors' water footprint, which is why the company, along with the Nature Conservancy, is putting considerable resources into testing conservation practices with barley growers in water-stressed areas of Idaho, Montana, Wyoming and Colorado. These farms account for nearly half of all the barley that MillerCoors uses.

Just one of these farms, the Showcase Barley Farm in Silver Creek Valley, cumulatively has saved more than 270 million gallons over the past two growing seasons through a combination of measures, such as retrofitting the pivots used to irrigate its barley crops, turning off the "end gun" sprinklers on the watering arms and moving them closer to the ground to reduce water lost through evaporation. 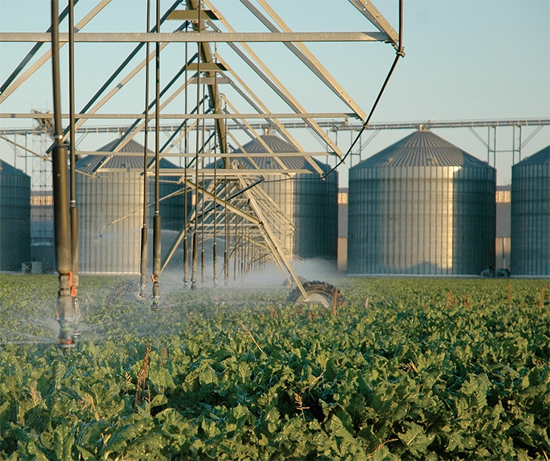 Last year, MillerCoors worked with more than 800 barley growers that were part of the Growers Direct program, which supplies up to 75 percent of the barley used in its beers. These growers use MillerCoors barley seeds and consult with the company's eight agronomists on production issues, pesticide use, crop rotation and other sustainable agricultural practices.

The Silver Creek experiment in Idaho made sense because it is a unique high desert creek system, surrounded by agricultural land. In addition, the Nature Conservancy manages an 880-acre preserve near the headlands, and it was available to provide additional local resources.

"We were interested in helping identify efforts where the savings and impact could be most dramatic," said Dayna Gross, the Nature Conservancy's manager for the Silver Creek preserve. "It was a good project in that it was well-site and we were able to gather a lot of information."

During 2012, MillerCoors and the Nature Conservancy jointly funded two farm-irrigation retrofits in the region with an eye on uncovering best practices that could be shared with other growers. One involved the installation of sprinkler on the 300-acre Purdy Farm, which previously used flood irrigation techniques. The conversion resulted in a water savings of 75 percent while limiting the amount of nitrates and fertilizers that make it into the creek system, according to the MillerCoors 2013 Sustainability Report (PDF).

At the 160-acre Showcase Barley Farm, the focus was on precision irrigation techniques, including new nozzles on the irrigation pivots to help better direct the flow, the installation of variable speed motors and adjustments to the height of the pivot arms. The farm already had invested on its own in a number of water conservation measures, such as planting trees for an owl habitat to help reduce runoff and switching to low-pressure systems.

The farm's manager, Gary Beck, actually rebuffed MillerCoors' first invitation to act as an official test case for new watering techniques but reconsidered in order to better understand the monetary impact. As part of the pilot, he was outfitted with a mobile application that helps keep tabs on system malfunctions and enables certain remote management functions, such as adjusting the speeds of the watering pivots.

The farm also didn't anticipate the energy savings associated with pumping less water. It actually has cut the energy needed for watering in half, from $50 per acre on average to $20 to $22 per acre. That translates into a savings of about $120,000 annually for the farm. What's more, the changes did not have a detrimental impact on yields, which actually increased in the first year.

"This has really helped open my eyes that we can always be doing something to make things at least a little better," Beck said.

The techniques used on this farm won't necessarily work everywhere because water conservations are inherently local in nature. But MillerCoors is forming additional partnerships to address needs in its other prime growing regions, Marotta said. Another big focus in the future will be the impact of crop rotation on irrigation needs. 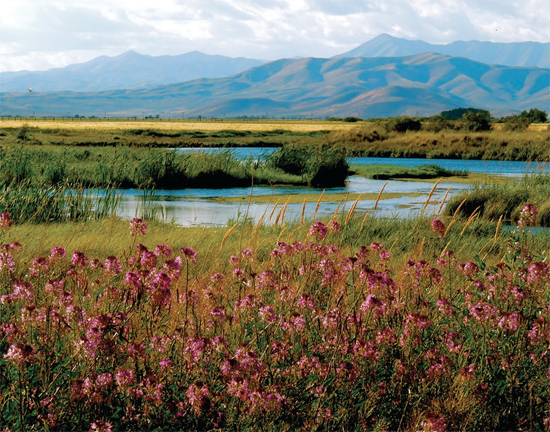 From Budweiser to Miller, greening the Big Beer supply chain