By 2025, the U.S. could experience a shortfall of nearly 1 billion pounds of fish. To help curb this loss, several so-called "improvement projects" have cropped up in the past decade to help struggling fisheries become more sustainable.

A new fund, created by the Walton Family Foundation (WFF) in partnership with Darden Restaurants, aims to develop and advance these fishery improvement projects (FIPs) around the world.

Fisheries the world over are in trouble, largely due to overfishing, poor management, environmental degradation and decay. FIPs help struggling fisheries by bringing together multiple players, including fishers, NGOs and the private sector, who collaborate on improving management and fishing practices.

"We need a sustainable protein like seafood to last for decades," said Brandon Tidwell, manager of sustainability for Darden, which sources seafood for its large chains such as Red Lobster and Olive Garden. "In very complicated fisheries, it's almost impossible to drive improvements without a multi-stakeholder group."

WFF, which invests in nearly 20 FIPs around the world, sees the new fund as an opportunity to challenge companies across the supply chain to put their money into fisheries that are important for their business. The foundation is backed by the Waltons, the family behind Walmart and one of the world's wealthiest.

"We believe FIPs create a clear financial benefit to seafood buyers all along the supply chain," said Teresa Ish, WFF's program officer in its environmental focus area. "It's a way of coming together and provides shared support."

In the past, companies tended to just stop buying fish from a challenged fishery, rather than try to improve it and make it more sustainable. But finding solutions that actually work can be daunting. An FIP offers companies the chance to be a part of a collaborative process between numerous organizations, non-profits and businesses, all with the goal of improving fisheries worldwide.

"No one wants to carry the burden of funding a fishery alone," said Meghan Jeans, director of conservation at the New England Aquarium, which is advising Darden in the initiative.

The U.S. imports more than 75 percent of its fish, and therefore has a stake in strengthening fisheries around the globe, particularly in areas where poor infrastructure, poverty, corruption and environmental threats are more severe.

"It's the countries that are not in a position or have not been willing to manage their fisheries," said Ish. "It makes sense to invest to make these better."

Darden says creating the fund made business sense. The company, whose restaurants also include Bahama Breeze and LongHorn Steakhouse, needs a steady supply of fish for decades to come. 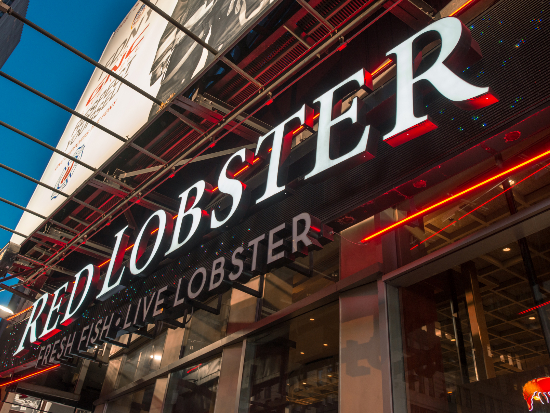 "For companies that rely on seafood for what they do, ensuring they have a sustainable supply really is part and parcel with having a profitable business," said Jeans. "You don't want a fishery that is at the foot of collapse."

The partners' goal was to create a fund that would sponsor a number of fisheries. To test the concept, the fund launched a pilot project at a spiny lobster fishery in Honduras. The fishery exports nearly $50 million worth of seafood to the U.S. and employs more than 4,000 people from local coastal communities.

Despite its significance to the American fish market, poor management and bad work practices have left the fishery flailing. The fund chose the Honduran fishery because of previous involvement in social welfare and sustainable development in the region.

"[Darden] already had relationships there and felt we had a level of credibility," said Tidwell.

The goal of the project in Honduras is to figure out a workable model that can be translated to other fisheries around the world. By focusing on one fishery for now, it also gives the partners a chance to build up funds that they can funnel into other projects.

If a buyer wants to invest in a fishery, it needs to have some measure of funds as well as a detailed business and work plan evaluating the current state of the fishery. A fishery looking for funding, meanwhile, would need to have a partner in its supply chain willing to contribute financing.

As a benchmark, the fund looks to standards set by the Conservation Alliance for Seafood Solutions, a coalition of North American NGOs that works on seafood sustainability. The organization has developed a set of guidelines about what constitutes a credible fishery, which can help guide FIPs as they guide sick fisheries to recovery.

FIPs are proving to be a viable way to secure seafood supply and even increase the amount of fish available.

For example, when FIPs first started to emerge nearly a decade ago, a number of fisheries for white fish -- ground fish used to make sticks and patties -- were struggling. Their stocks were depleted due to overfishing, and management practices were poor. A number of buyers grew concerned about what this would mean for their business, so they joined various FIPs around the world, and in turn curbed illegal fishing and improved management, said Ish. As a result, white fish landing -- the amount of fish brought to land -- is now at its highest level in decades, she said.

"[Fish buyers'] investment in FIPs have generated very tangible returns and increased their ability to predict profits in the future," she said.

While one-off improvements at a fishery are certainly positive, a FIP is more focused on getting effective management in place so that any improvements are enduring.

"We're looking at Honduras and other fisheries as a way to secure the long-term health of our oceans," said Tidwell. "The goal over time is to provide a fishery that is healthy and regenerating."