This profile is part of a series featuring presenters from the VERGE conference Oct. 14-17 in San Francisco.

Back in the mid-2000s, there were basically two ways to make money in solar: Manufacture solar panels or install them.

At the time, Lyndon Rive and his brother Peter, two South African transplants to Silicon Valley, saw things differently. People don't necessarily want to own solar equipment and, because it’s so expensive, only wealthy people could afford it, they reasoned. What people really want is energy to power their homes. And if it's green and cheaper than the alternative, they'll want it even more.

On July 4, 2006, the Rive brothers co-founded SolarCity to offer what could be called solar as a service. Rather than buy solar gear, consumers purchase the electricity generated by solar panels or pay a monthly fee. Financing comes from banks or other institutions, which fund the installation and earn a return over the life of the contract. For consumers, part of the appeal is getting clean, renewable energy, but they also reduce their monthly electricity bills in the process.

SolarCity's success with this business model, first done in the commercial solar market, has propelled the San Mateo, Calif.-based company from a scrappy startup to a public company with the leading market share in solar financing. Removing the upfront capital investment of going solar, coupled with falling equipment costs, has helped fuel rapid growth in residential solar the past few years. 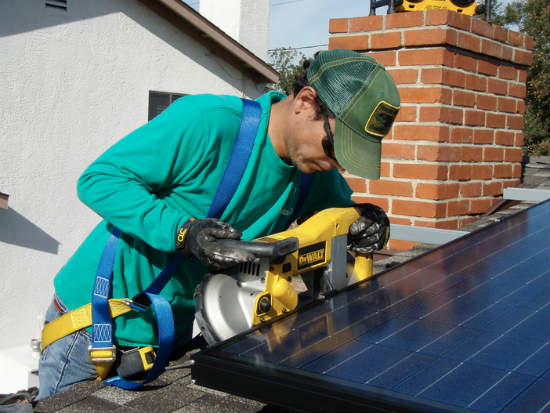 Lyndon Rive can’t afford to slow down, though. The company has set a goal of installing solar at 1 million customers in the U.S. by Independence Day 2018. Given that the company has just over 60,000 customers in 14 states and the District of Columbia, that’s a big jump.

It’s not just meeting SolarCity’s aspirations that are at stake. The company -- and the distributed solar industry, in general -- needs to bring down the cost of solar if it wants to appeal to more customers and displace other forms of power generation. It also has to do that on a deadline, as the current 30 percent federal tax credit for solar will drop to 10 percent in 2017. With less generous subsidies, it becomes harder to promise customers lower electricity costs when going solar. 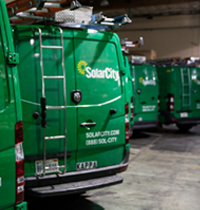 Can SolarCity match grid electricity prices as state and federal incentives are phased out? “Yes, absolutely,” says Rive. “We have a 5.5 percent cost reduction target year on year until 2017. And if we do that, the economics work.”

Before starting SolarCity, Rive co-founded software company Everdream and he brings a software entrepreneur’s mentality to solar. To increase revenue, he’s focusing on making SolarCity’s sales force and installers more productive and efficient, which touches everything from the process of acquiring new customers to the design of their solar installations. All these tactics, geared at pulling in more revenue while keeping overhead steady, are standard business practices to grow a business, Rive says. “But you have to get to scale,” he says.

For all the rapid growth distributed solar has seen in recent years, it does face some headwinds. Utilities in some states, including Colorado, California and Arizona, have pushed back against existing net energy metering laws, which compensate distributed solar owners when panels generate surplus power. The concern is that, without revising grid interconnection charges and net metering, solar owners won’t pay a fair share of the cost for maintaining the grid infrastructure. 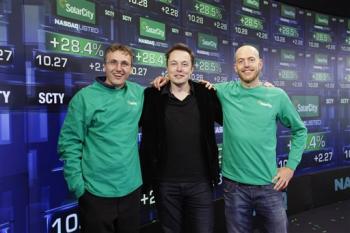 This pushback is to be expected, Rive says. Incumbent companies, whether taxi drivers fighting Uber’s vehicles-for-hire service or landline phone companies resisting mobile phone technology, typically will resist disruptive changes to their businesses. “There a few smart (utilities) who see this disruptive technology as an opportunity and those are the ones that will see this opportunity is good for them and embrace the change and design new business models,” he says.

Rive’s personal background helps explain how he was able to devise a way to break the mold of the conventional solar business. He started his first company as a teenager and never went to university. In the late 1990s, he visited California while competing on South Africa’s underwater hockey team, a sport played with fins and sticks in pools, and decided to return to start a technology company. He started desktop support software company Everdream, which Dell acquired in 2007.

The idea of starting SolarCity came in 2004 during a drive to the Burning Man festival with his cousin, famed tech entrepreneur Elon Musk. Rive said he wanted to start another company and that he was passionate about trying to solve global environmental challenges. Musk suggested going into solar. Musk is now chairman of SolarCity as well as CEO of Tesla Motors and SpaceX.

The following year, the Rive brothers attended solar conferences and analyzed the industry supply chain to develop what became SolarCity’s business model. “We knew if we wanted to get true scale, we needed to sell energy, not equipment,” Lyndon Rive says. Late last year, SolarCity went public on the stock market, despite a lot of negative investor sentiment tied to struggling or bankrupt solar manufacturers.

Competition in distributed solar continues to heat up, even from companies in other industries. For example, Vivint, which offers home automation and security services, now offers residential solar. Rive says SolarCity’s vertically integrated business model, where it offers both installation and financing, will help it retain customers and continue to grow its market share. “I have never been more excited about the industry today than I have in the last seven years,” he says.