What VERGE means, in 5 easy pieces

What VERGE means, in 5 easy pieces

This morning we’re launching VERGE San Francisco, a jam-packed three-day event, with more than 1,000 attendees coming to hear more than 250 speakers — the latest in our global series of VERGE conferences focused on how technology accelerates sustainability solutions. In case you’ll miss it, here is the gist of how I’ll be opening the conference.

This event we call VERGE is nominally about convergence — of technologies, business systems and three big constituencies: the world’s largest companies, technology startups and cities. For the next three days, we’ll explore the opportunities and challenges of harnessing these convergences in the name of both business opportunity and addressing some of the world’s most pressing social and environmental challenges.

It’s at those convergences that great things are possible: distributed and renewable energy systems, radically efficient manufacturing, vibrant and resilient cities, net-energy-positive buildings, abundant and affordable food, widespread access to clean water and more innovation and business opportunities than can be imagined.

That may sound more than a bit idealistic. It’s not. As will be made abundantly clear at VERGE, the road to these opportunities is ahead of us -- but not that far ahead. The opportunities are unfolding right now.

Here, briefly, are five themes that will undergird the next three days. You’ll hear them directly and indirectly, in ways both subtle and bold. 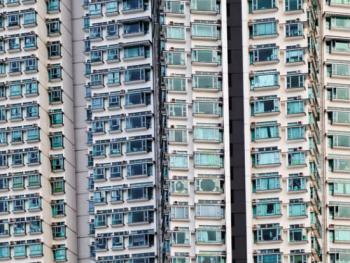 Much of that is coming to pass. We’re beginning to see the impacts of a growing global middle class, with billions of consumers in emerging economies seeking to raise their standard of living. That growing population will demand more stuff. We know, for example, that (according to UNESCO) the world will need 30 percent more water, 40 percent more energy and 50 percent more food by 2030, less than two decades from now. In 2020 alone, manufacturers will ship about 3 billion cellphones, according to Jefferies & Company. Or consider cars: "By 2020, none of the establishing markets such as China, India and Brazil will have reached a state of maturity that is comparable to current levels in North America, Western Europe or Japan," says a new report from KPMG (PDF).

So, lots more stuff to come.

The wildcard is technology. Increasingly, the capability to substitute “smarts” for “stuff” is enabling levels of productivity and efficiency unimaginable a decade ago. From the sharing economy to the “Industrial Internet” to smarter cities, data and technology are playing a key role in creating radical efficiencies across industries.

As such, we’re seeing an opportunity to change the 1970’s equation to one in which technology becomes a denominator instead of a multiplier: I = P x A / T

It’s an equation where technology becomes an enabler of sustainability solutions. Realizing that equation is at the heart of VERGE.

2. It’s no longer about cleantech

Indeed, it’s hard to tell what that term even means anymore. For example, take tiny sensors that enable railroad cars to be kept in service longer and safer before being pulled off for inspection — is that cleantech? How about highly efficient data centers? Sensors and efficient computing power are two technologies that will enable the world to operate with a smaller footprint. But they’re not necessarily cleantech — at least not by any traditional definition. They’re just tech. 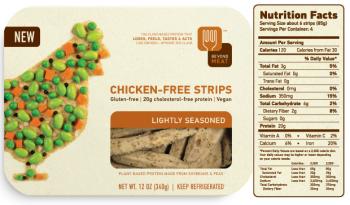 Our friends at Cleantech Group last week announced the annual Global Cleantech 100, “a list of the top 100 private companies in clean technology.” The 2013 list includes Airbnb (“a trusted community marketplace for people to list, discover and book unique accommodations around the world”), Beyond Meat (“the first plant protein that looks, feels, tastes and acts like meat”), and Kebony (“provider of durable and environmentally friendly wood”). Cleantech? Well, let’s just say these companies broaden the definition somewhat.

What about GE’s Industrial Internet? It brings sensors, computing power and analytics to such things as aircraft engines and other industrial machines. It holds the potential for massive energy-saving benefits -- far more, arguably, than many electric vehicle or alternative energy companies. Cleantech?

Cleantech or not, the technologies at VERGE go well beyond the usual fare of renewable energy, advanced materials, alternative transportation and the like. They include myriad IT solutions -- machine-to-machine communications, building management software, 3D printing, data center virtualization, telematics technology for smarter logistics and lots more geeky stuff.

Call it what you want. The point is, the technology has outgrown the nomenclature.

Make no mistake: There are billions to be made through all this efficiency and innovation. The research reports come in almost daily. A few examples:

There’s a lot more where these came from, but you get the idea. To say nothing of billions in increased efficiency and productivity, reduced capital outlays, improved quality, reduced risk and other tangible and intangible benefits.

4. Interoperability is a barrier to scaling 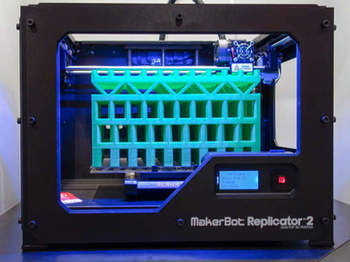 The technologies are coming out fast and furious, with breakthrough after breakthrough in price, performance and innovative new capabilities. In some cases, they’re scaling faster than anyone imagined. “Developed markets now spend more on renewable capital expenditures than they do on conventional generation, largely due to uncertainty over commodity pricing and likely future utilization rates,” says a new research report from Citi. The annual compounded growth rate of plug-in electric vehicles will be 18.6 percent through 2022, significantly higher than the projected growth of the light-duty vehicle market, according to Navigant Research. Relatively few folks saw this coming.

But the growth of these and other technologies belies a harsh reality: Many products exist within their own technological orbit. They don’t play well with others. That will limit their further scaling to reach the mass market.

Consider VERGE Interconnect, the ballroom-sized microgrid we built to house the exhibition space for our San Francisco event. It combines solar panels and a biodigester with battery storage as a small model of what grid independence looks like. It’s a system suitable for a small neighborhood during a power outage or other emergency.

Making these technologies work together was no simple feat. For example, they all used the same communications standard, but in different ways. The battery storage wouldn’t work with the device that inverts the DC power of solar into the AC power needed in the ballroom. Each technology had to be custom configured to work with the others. It’s hardly plug-and-play.

Consider this in contrast to the world of computers and the Internet, where nearly any device can plug into the system and work seamlessly, often instantly. The standards and protocols that enable this have helped the Internet reach near-global ubiquity, with prices continually dropping as services and speeds increase. Suffice to say, we’re a long way from that when it comes to renewable energy, electric-car charging, demand response for commercial buildings and dozens of other technologies.

In many cases, the blame falls on the policy doorstep. States, provinces and even cities are establishing their own rules and regulations governing such things as renewable energy or the sharing economy, often favoring the interests of the incumbents over the innovators. And their efforts represent a regulatory patchwork quilt, making it challenging for companies to ramp up standardized offerings in order to achieve economies of scale. 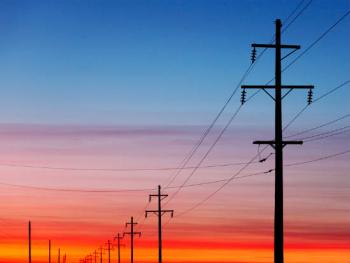 All of these interoperability challenges will compound with the introduction and adoption of new devices -- drones, 3-D printers, smart parking meters, self-driving vehicles and all the rest. The road from here to interoperability will require a myriad of new partnerships and stakeholder ecosystems, not to mention just the right dose of policy.

5. The technologies already exist -- but change is slow (and hard)

As should be crystal clear by now, VERGE is not about a fantastical “some day.” It is not science fiction. The pieces already exist, although many -- most? -- remain a work in progress. Some are ready for prime-time, others less so. That’s what innovation is about these days: rapid prototyping, continuous improvement, getting it “right enough” to go to market -- and, if necessary, failing fast.

Making change happen -- and overcoming the many human, business and institutional barriers that get in the way -- is a challenge that, no doubt, will be yet another VERGE conference theme.

VERGE at 5: From a movement to a market

Why VERGE Changes Everything