Why cities hold the secret to sustainability

Why cities hold the secret to sustainability

“What unites us on an urban level is more unifying than divisive.” – Paul Hawken

If you were to judge solely by the plenary sessions at VERGE SF 2013, the GreenBiz conference uniting the sustainability and tech communities last week, you would be hard-pressed not to be hopeful that we are turning a corner on the greatest sustainability challenges of the 21st century because of -- not in spite of -- business. The intersection points between the agendas of business and society are undoubtedly growing, and this overlap is nowhere more apparent than in cities.

To wit, many large metropolitan areas, in the United States and elsewhere, are attempting to rise to the occasion. They're acting as first responders to system-level challenges colliding on their doorsteps. These include escalating consumer waste, water scarcity, “food deserts,” de-carbonization of the electricity grid, as well as to how to re-envision and repurpose land. 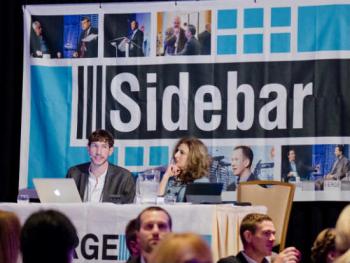 For a conference set amid the backdrop of the U.S. government shutdown, the excitement that government leadership nevertheless not only exists, but thrives on a local level, can make a Pollyanna out of almost anyone.

Maybe I’m overly optimistic too. As my colleague Chris Guenther and I wrote in our Citystates research last year, “Sustainability needs cities as much as cities need sustainability.”

While there is risk of hyperbole and rhetoric outpacing results, much of the hype is well-earned, with one important caveat: The “urban century” will be considered a positive sustainability catalyst only if cities and companies can understand, engage and leverage the best of each other to address resource shortages, social equity and a broad and diverse economic base collaboratively.

How close is that to a reality? At VERGE, where I fielded questions between speakers and audience members, I heard these two themes:

1. Cities can't do it alone

Many cities have a vision for what a sustainable and resilient urban environment and community look like, but openly acknowledge shortages of capital, employee bandwidth and, depending on the city, the political cover to pull it off by themselves.

Companies, large and small, read the tea leaves too, so they know cities are the economic engines of the 21st century. They also are increasingly buying into the hype that "mayors rule the world" and that the preferred public-private partnership of the future is one with actors that show vision, demonstrate decisiveness, and are willing to collaborate across the spectrum of urgent sustainability issues in more pragmatic, less idealistic ways. In a time of rising expectations for the private sector to contribute solutions to complex, interconnected issues across borders, companies need serious and able partners, too.

Cities have vision and are demonstrating results on a host of sustainability issues -- especially as they relate to resource challenges -- but they need more capital and humanpower to extend progress.

Corporates, recognizing cities as the centers of not only growing consumer markets, but the homes of their employee bases and even extensions of their supply chains, face increasing expectations to contribute solutions to these same resource issues, and have financial and human resources to boot.

What’s missing and how can we connect the dots? These were the conversations between plenary talks at VERGE and within the hallways of the conference venue.

The emerging answers, nascent and diverse, speak to the difficulty -- or even foolishness -- of generalizing across cities within the U.S., and especially across urban areas in developing or developed countries. The same goes for businesses, as the motives, capabilities and adaptability that companies bring to bear in partnership with cities can differ substantially depending on whether you’re an “incumbent” or “insurgent.”

Reservations aside, the disconnect identified by both businesses and cities represented at VERGE speak to the importance of translation, a role that my firm, SustainAbility, will undertake by learning from and working with business, cities and other urban stakeholders to help answer more missed connections.

Image of Shanghai by gui jun peng via Shutterstock

Utilities and small solar: Learn to love it

What's really holding smart cities back? (Hint: it's not tech)

Confessions of a VERGE Virgin