How do you keep the largest operating tram network in the world – with close to 156 miles of track and some carriages that are nearly 75 years old – running on time while minimizing maintenance issues, optimizing ridership and contributing to the creation of a more sustainable urban transportation system?

For Yarra Trams in Melbourne, Australia, the answer lies in a sophisticated new monitoring and data analytics system driven by sensors deployed across a system that has run continuously for more than 100 years. Yarra Trams now serves 185 million passengers annually.

The project began nearly five years ago when the company began assessing all its equipment, including more than 91,000 individual assets, to get a better handle on maintenance and future investment needs, said Neil Roberts, Yarra Trams' director of ICT.

The asset management and analytics technology from IBM helps the company work more closely with the city to alleviate traffic concerns because 80 percent of the trams use roads shared with vehicles. Plus, it has helped Yarra become more proactive about maintenance, which has reduced service issues.

"Technology from IBM has allowed Yarra Trams to unlock and share information in new ways, gaining valuable insight into improving operational efficiency and enabling us to provide a world-class service to passengers," Roberts said. "Access to this important information enables operations teams to ensure our fleet regularly exceeds punctuality and service delivery goals."

In August, for example, the network maintained service delivery levels of 99.13 percent against its scheduled routes, meaning there were very few disruptions or cancelled routes, while the punctuality record was 82.63 percent. Both measures exceeded Yarra Trams' key performance indicators in these areas.

Because of the wide range in types of equipment used across the network, the data is collected in a number of ways, Roberts said.

In the depots, for example, information is collected that helps determine whether a tram needs any sort of service. Automated measurement systems keep tabs on wheel conditions, sending alerts to rugged mobile notebook computers used by maintenance teams when something requires attention. Using the data collected by the systems, Yarra Trams also has been able to develop a mobile application, TramTracker, that passengers can use to check the arrival times of the next three trams at their selected stop.

Before Yarra Trams began deploying its machine-to-machine (M2M) smart transit solution, the company took a step back to consider the way its operations were organized and look for ways to improve them, if necessary, before investing in the technology.

"What we did is made sure from the executive team down, that people were looking at the structure and organization, the business processes, the responsibilities and the applications that underlie and support all of that," Roberts said. "That is when the mobility piece came in. … It's about setting a strategy from the CEO and executive team about the goals for the business." 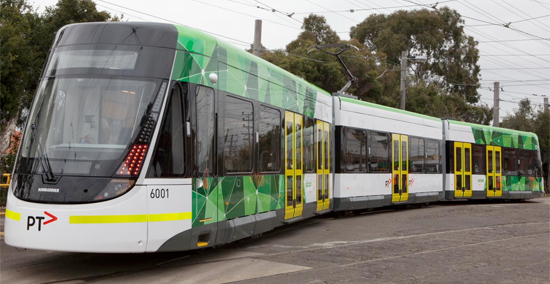 The next phase of the deployment involves the rollout of 50 carriages in a new tram class, E-50, that will collect even more information about their own conditions, as well as metrics about the health of the tracks on which they ride. 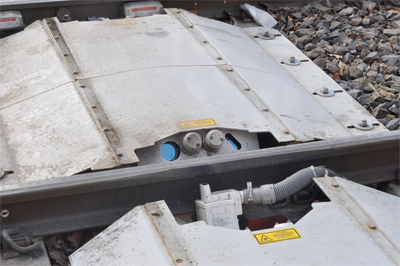 Yarra Trams is the operating name of KDR Victoria, which is a partnership with Downer, a French transportation operator and Australia's oldest rail company.

Its solution is just the latest example of ways in which public transportation companies and railroads are using sensors and analytics to dramatically improve efficiency, and ultimately, reduce emissions.

In the United States, Union Pacific Railroad uses sensors in wheels, rails, switches, bearings, power plants and other equipment, along with many other innovations, for a number of purposes. It uses analytics to perform up to 20 million daily pattern matches and has managed to speed up shipments while reducing greenhouse gas (GHG) gas emissions (PDF) by an estimated 33.5 million tons in 2012.

10 trends that drove sustainable transport in 2013

How the Internet of Things will transform building management