Why GMO labeling is a 'Story of Solutions'

Why GMO labeling is a 'Story of Solutions'

When I heard that Annie Leonard, the "Story of Stuff" video team and Free Range Studios were working on the "Story of Solutions," I couldn’t wait to see what they’d come up with. After 10 years campaigning to get toxic chemicals out of the environment, I’m sick of talking about the problems. I want to be part of the solutions. Now, some of the best storytellers in the activist biz were going to figure this out: how to articulate the path forward, in nine easy minutes, with graphics.

That’s no small order. But Leonard and her team delivered. "The Story of Solutions" offers a simple, profound message about the choices we face, and concrete ideas for how to advance a healthier, sustainable economy.

Best of all, the film (embedded below) leaves us with a tool we can use to evaluate our own work in the world, and ask the honest question: Am I on the right track?

For years, I focused my activist work on cleaning up the cosmetics industry and building a market for safer, nontoxic products. More recently, I’ve become passionate about, and spent a whole lot of energy on, another cause: labeling genetically engineered foods.

The Story of Solutions prompted me to take a hard look at where I spend my time, and consider: Is passing a GMO labeling bill really a game-changer?

It’s just a simple label, after all. How can it be transformational?

In the film, Leonard asks four questions of any campaign she considers engaging in. With voters in Washington state right now deciding whether to become the first state in the U.S. to label genetically engineered food, I wanted to assess the labeling campaign with Leonard’s criteria for the right end G.O.A.L. Does it... 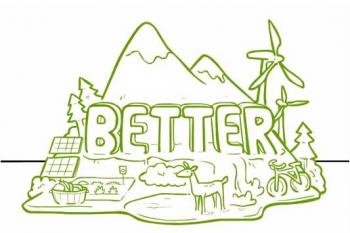 The people power of the GMO labeling movement -- and especially the story of the women behind it -- is what inspired me to jump on board in the first place.

More than 350,000 people signed petitions to put I-522 on the ballot in Washington, the second highest number in state history. In California, nearly a million people put the California Right to Know Initiative, Prop 37, on the ballot in 2012, and more than 6 million voted for it. Tens of thousands of people have donated money to fund these campaigns -- while the big chemical and food companies are spending tens of millions to stop them.

These petition drives, and the hard-fought political battles that followed, showcase something new to the food movement: an unprecedented grassroots mobilization of volunteers, many of them newly engaged in food politics, and largely led by moms -- the people buying the food and making the links between unhealthy kids and our unhealthy food system.

This is a women’s movement for a better, more transparent food system, and it’s a movement that is growing the power of women.

As Leonard explains in the film:

The GMO labeling drives in the U.S. -- with recent successes in Connecticut, Maine, the Hawaiian island of Kauai and (it’s looking likely) Washington state -- are building power on the ground, and prompting millions of people across the country to ask for the first time: What’s going on with the genetic engineering of our food system?

O – Open people’s eyes to the truth of happiness

Most of us feel an emotional connection to food, so it’s no surprise that food issues have the power to get people out in the streets. Until now, that’s mostly shown up at farmer’s markets, Community Supported Agriculture projects and in the ever-rising demand for organic and natural foods. That’s all good.

But as Michael Pollan points out in his (must-read) New York Times article about why GMO labeling should matter to anyone who cares about food, “a market and a sentiment are not quite the same thing as a political movement -- something capable of frightening politicians and propelling its concerns onto the national agenda.”

That’s what the food movement needs to become, capable of frightening and propelling, if we ever hope to achieve a sustainable food system that works for all.

The millions of people voting with votes on the GMO labeling campaigns, and the thousands of donors and volunteers, are laying the groundwork for the long haul ahead.

A – Account for costs, including the toll on people and the planet?

It’s just a label. Labels won’t stop GMOs or protect workers or the environment. We don’t even know how shoppers will react to the information on labels. But labels will do one crucial thing: take what’s hidden and make it visible.

With genetic engineering, for the last two decades, corporations fundamentally have been altering the genetic code of some of our most important food crops without telling us. This is something we have a right to know about, and something most Americans want to know about.

That’s reason enough to label GMOs. But because we’re talking about full-cost accounting here, let’s take a closer look at some concerns about genetically engineered food, with an eye toward the end game.

Much of the debate around GMOs focuses on whether the food causes direct health harms, but as ecologist Sasha Wright points out in Popular Science, that debate “misses the point.” It’s the ecological risks of introducing novel gene combinations into a changing environment that are, and will be for some time, uncertain.

Already, the problems with genetic engineering are obvious -- at least as it is practiced now: hidden from public view, poorly regulated, understudied, focused not on human need but on profits for the chemical and biotech companies that own the GMO seed patents.

For example, nearly all GMO crops in our food system now are engineered to either produce insecticides or withstand Monsanto’s herbicide Roundup. The result, as Reuters reported: “U.S. farmers are using more hazardous pesticides to fight weeds and insects due largely to heavy adoption of genetically modified crop technologies that are sparking a rise of ‘superweeds’ and hard-to-kill insects, according to a newly released study.”

This is what some environmental scientists refer to as the GMO pesticide treadmill. Where does that road lead? Argentina.

That country is the unfortunate case study for the ecological and health consequences of turning over agricultural land to genetically engineered, chemical-dependent, monoculture crops, as the Associated Press just reported in this stunning exposé by Michael Warren and Natacha Pisarenko (and don’t miss Warren’s follow-up stories here and here.)

A different path is possible, as Doug Gurian-Sherman of the Union of Concerned Scientists points out in this recent post, based on a peer-reviewed paper: “Small Farms, Not Monsanto, Are Key to Global Food Security.”

There’s a reason why the two sides of the donor ledgers for Washington state’s I-522 race look the way they do: on the No Label side, the largest chemical and food corporations funding the most expensive (and illegal) campaign in state history; on the Yes side, thousands of small donors and a bunch of natural products companies led by Dr. Bronner’s Magic Soaps.

The two sides are pursuing different end goals: One is trying to create a future of “better” -- a just, sustainable food system based on diversity, resiliency and opportunities to share the wealth among small businesses and farmers. The other is on the road to “more” -- more GMO crops, more pesticides, more monocultures, more patents, more profits in the hands of a few.

Now the people get to decide.

Editor's note: You can hear more about sustainable storytelling from Jonah Sachs of Free Range Studios at the BSR conference, Nov. 5-8, in San Francisco. Image by Nixx Photography, via Shutterstock.

Why Europe's hostility towards GMOs may be softening