Anyone with a clever Twitter "hashtag" term can start a storytelling movement in sustainability. But inspiring real change requires a story that sticks.

How do you achieve that? For starters, frame your sustainability success stories into a larger context, connect with a broader narrative that your audience cares about and find strategic influencers and partners to help drive the conversation.

Based upon their discussion, these five tips can set you on the path to telling a better sustainability story.

"If you make yourself the hero, the story is not so interesting," said Sachs. "You lose credibility." He's the creative force behind "The Story of Stuff," a viral video with more than 2.2 million views since 2007. Instead, Sachs said, come down to earth and connect with your audience.

"The NGO can't be the hero of the story anymore," he said. "It has to be about empowering and inspiring people to deeper levels of action and citizenship."

As an example, Sachs described how Annie Leonard, the star of "The Story of Stuff," opens the video by holding up an iPod and asking, "Do you have one of these?" She goes onto to tell a story where the core moral, according to Sachs, is that consumption does not equal happiness and being a good consumer is not the same as being a good citizen. 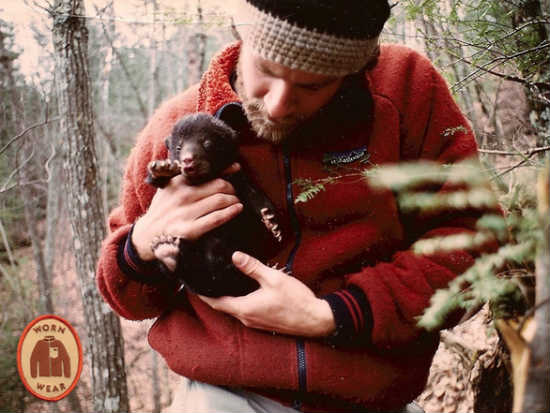 2. Offer a positive vision and solution for the future

Sachs said that many conversations stop at the problem, and he stressed the importance of shifting the conversation toward possibilities for the future. He pointed to the example of Greenpeace, which takes crazy, courageous actions, hoping this will inspire contributions. Sachs has advised Greenpeace to embody a citizen model that encourages others to be courageous, creating a network of participants and enabling heroic actions, not just supporters.

Ensia's Reubold has created a magazine and event series showcasing environmental solutions in action. For example, the most popular piece on his site, "Sustainability is Dead," starts by saying, "Sustainability is dead. Or at least the entire language we use to talk about it should be buried."

Instead, make the message more about what you gain from living sustainably, Reubold said. We tend to lead with the head-metrics and numbers, but "combining the head and the heart is the most powerful storytelling."

3. The elephant in the room

Patagonia's Ridgeway described being at a Fortune 50 conference where leaders were describing their innovations for lowering their carbon footprint. He said he asked himself, "With all these innovations lowering the footprint of their products, why is the health of our planet continuing to tank?"

He knew the answer: unsustainable growth. As a high-level executive from Google said to him, "No one in the room is willing to talk about it; it is the elephant in the room." Partly out of this experience, Patagonia's latest campaign, Responsible Economy, was born.

Ridgeway spoke to the tension between being a growing business and a commitment to reducing consumption. He said the Responsible Economy effort, which challenges growth, made others at Patagonia nervous at first, but he has framed the campaign around the narrative that "the value proposition is quality." The overall goal is to provide quality products and re-engage consumers with stuff in a new way: "Don't buy this unless you really need it."

Ridgeway also suggested putting a face to your story. He pointed to the example of Worn Wear, a new Patagonia blog that kicked off a few weeks ago, which includes interviews with consumers around their stuff, highlighting their relationship to it and encouraging the audience to engage with their stuff so they keep it longer and use it more.

He also referred to the Footprint Chronicles, the story of the Patagonia supply chain. The company identified suppliers who would take a risk and tell their story. Six years later, he said there are dozens of stories, although it took time and commitment to get suppliers to open up.

Browning of Moms Clean Air Force encouraged the audience to connect with universal human values, including love and compassion. And don't be afraid of being an idealist.

"Most important is love," she said. "When love drives a story forward, it builds community." She cited other key elements to a compelling narrative, including direction, shared experience and hope for the future. "Don't be afraid to use old-fashioned values."

Jonah Sachs on the new era of storytelling

How to win the sustainability story wars: Q&A with Jonah Sachs