Last week more than 1,000 leaders in business and sustainability gathered in San Francisco to share their expertise and knowledge at the annual BSR Conference, organized around the theme of the "power of networks." The event was produced by BSR (Business for Social Responsibility), which with its more than 250 global members offers consulting services, sector-specific working groups and public-private partnership development.

BSR attendees were a mix of NGOs, students, consultants and major brands, rubbing elbows and sharing best practices at workshops, panels, networking sessions and keynote plenaries. If you missed it, here are my top three takeaways from the conference:

We need to tell a better, more engaging story

A common theme was that we need a more engaging way to communicate with both the supply chain and consumers around sustainability. The storytelling session provided some detailed insights into how to tell a better story.

“It has to be about empowering and inspiring people to deeper levels of action and citizenship," said Jonah Sachs, CEO of Free Range Studios.

I left with a few key takeaways from the storytelling session. One near and dear to my heart was offered by Rick Ridgeway of Patagonia. Be willing to talk about the elephant in the room, he said. While not all companies have the stomach to take this strategy on, Patagonia is taking on unsustainable growth with its new campaign, Responsible Economy, which is putting a face to the story with its new blog, Worn Wear. 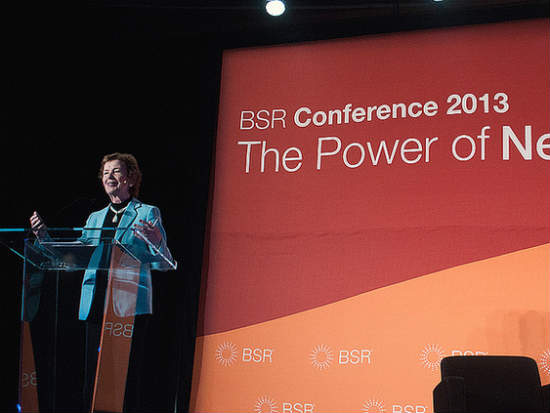 Climate is a priority — or not?

Climate change was a major theme at the conference, with BSR announcing a new initiative to spark action by businesses and Mary Robinson, the first female president of Ireland, now president of the Mary Robinson Foundation Climate Justice, calling on business to take action. BSR is committing to use the power of their network to avoid breaking a global temperature rise above 2 degrees, encouraging its members to make a big, ambitious goal and publicize it.

"Keeping the temperature rise within 2 degrees Celsius (or 3.6 degrees Fahrenheit) is the only just approach the world can take to step away from the brink of a catastrophic future," Robinson said in a keynote speech.

Yet at the same time, the fifth annual State of Sustainable Business Survey report from BSR and GlobeScan concludes that while climate change remains one of the top three priorities for business, its prioritization steadily has declined since 2009. Human rights and workers’ rights have taken precedence over climate change. Is it possible that climate change is now connected to human rights for business leaders? Or despite the urgency to take action on climate, has it dropped as the top priority? 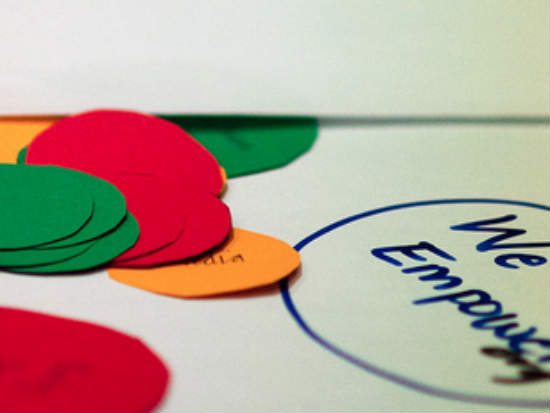 Despite increased consumer attention, regulatory requirements and activist campaigns, many companies have been unable to dramatically move the needle to improve working conditions in their supply chains. While ranked as a high priority, creating relationships with suppliers who can deliver sustainably sourced products at a competitive price is an ongoing challenge, as well as the collaboration necessary to shift entire supply chains to more sustainable models. At the session "Can We Create Sustainable, Equitable Supply Chains?" representatives from Better Work, Sedex and Unilever explored this tension and the barriers to making progress.

A key takeaway from the session: Suppliers need to be seen as partners, educated and engaged so they understand why they are being asked for information and what will be done with it. “Suppliers are businesses, and we talk too much about them as if they are remote. The biggest lesson I have learned from speaking with suppliers is that they are confused and fearful about what their customers are asking and why. Companies need to better articulate why sustainability is important,” Sedex CEO Carmel Giblin said.

Marcela Manubens, global VP of social impact for Unilever, explained that Unilever has 160,000 suppliers and either sources from or sells to more than 80 countries. In her view, audits and supplier education do not yield results: “Unilever wants to create an infrastructure that supports constant communication. More frequent communication will build a collaborative environment, reducing reliance on prescriptive language and building more inclusive relationships.”

Dan Rees, program director of Better Work, was “really inspired” by Levi Strauss & Company’s new collection, Dockers Wellthread. “It isn’t just about environment, but also about adding social value,” he explained. “You don’t need a multi-stakeholder agreement to tell you what to do.” In the case of Levi’s, during the design process, a valued supplier that invested in worker programs was brought to San Francisco to explore what changes would be required for them to make the new Dockers Wellthread blazer. When the easy choice might have been to simply change suppliers, Levi’s invested in strengthening the relationship with an existing supplier.

The obvious elephant in the room when discussing great pilot projects like this is scale and the challenge of scaling small pilot projects to hundreds of thousands of factories.

How can businesses turn SDG aspirations into tangible strategies?

Report from COP18: Leadership is a matter of degrees