The antiquated argument around the impact of information technology is that if we want the Internet, we need coal, said Gary Cook, senior IT analyst for Greenpeace, on Wednesday.

"But we're changing the conversation," he said at a forum about “Greening the Internet” in San Francisco. "Because we need IT in order to realize a low-carbon economy and reduce our reliance on fossil fuels."

Transitioning from talk to action is difficult and expensive for every IT-intensive industry, from Internet giants and data center owners such as Facebook and Google to file-sharing and cloud computing services firms such as Box, which use co-located data centers. Leaders from these three companies, as well as IT hosting company Rackspace, offered candid insights into that transition at the event, which Greenpeace hosted.

The panel occurred amid a flurry of news related to data centers. Facebook announced Wednesday that its investments in a wind farm near Wellsburg, Iowa, will produce as much energy (138 MW) as the social media giant's data center in nearby Altoona (set to open in 2015) will consume.

On Thursday, Google said its 14th investment in renewable energy comes in the form of $80 million put toward six utility-scale solar developments in California and Arizona, which will produce a combined 106 MW.

Microsoft this week said it is experimenting with methane-powered fuel cells to provide onsite energy generation for data centers. And IBM recently patented a new approach to balance energy demands inside a data center.

While these are important developments, most companies that rely on colocated data centers express they lack the resources -- both in financial and human capital -- needed to push the data center industry forward.

"We don't have a sustainability department," says Andy Broer, the senior manager of data center operations at Box. "It's just me."

But panelist Bill Weihl, who manages Facebook's sustainability and energy efficiency initiatives, reminded attendees that even Facebook relies on collaboration to improve data centers. He also noted that the greenest watt is the one not consumed. That’s why efficiency starts at the server level, not by building massive wind farms.

"We open-sourced our data center design, collaborating with Rackspace and others to drive higher efficiency," Weihl said, lauding the Open Compute Project, an organization that uses open source technology to collaborate on more efficient computing equipment. 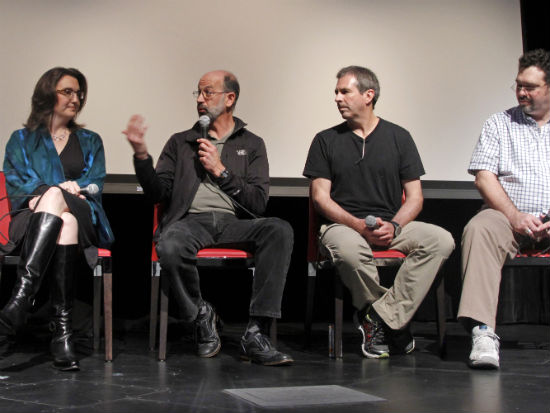 Gray noted that at Rackspace, much of the momentum to reduce energy consumption and to transition to cleaner sources starts with its customers. "Our customers expect it," she said. "I don't ask whether the customer wants green or brown energy, they expect me to be on this journey."

Attendee Nicole Peill-Moelter, director of environmental sustainability at cloud computing provider Akamai, asked the panelists how she might influence her company to select the most environmentally responsible data centers. She was given three pieces of advice that most any company asking this question can use.

Find customers who are looking to lower their carbon footprints and use them as levers. If decision-makers in the C-suite know that your customers care about the efficiency of the data centers used to store and share their data, you'll have more luck finding the corporate will to use or establish lower-carbon infrastructure choices.

Do research to understand the real costs of using low-carbon energy sources. In the long term, thanks to the use of power purchase agreements that lock in energy pricing for solar and wind projects, data centers that consume renewable energy can come out ahead. "In the long term, if we look at the volatility around fossil fuels, there are costs the renewables can help protect us from," said Weihl. Also, find examples of cleanly fueled and efficiently run data centers and show the financial and reputation benefits these are serving up.

Identify the biggest areas of opportunity and best way to have an influence outside your own four walls. "All colocated data centers have customer advisory boards, so we're trying to make certain that colocation providers hear from us that they have to find ways to generate green power," says Broer. "We've also joined all the advocacy groups we can find. Plus, we're getting up and talking to people at forums like this." Also, said Gray, look at specific municipalities and how data centers either contribute to or address civic issues. In Rackspace's home base of San Antonio, air quality is falling (the city failed to meet EPA ground level ozone standards last year), so the company has tied its goal of purchasing 35 percent renewable energy this year to the larger objective of addressing public health and air quality issues.

For Rackspace, reaching that goal requires collaborating closely with the local utility. In fact, much of the discussions at the forum revolved around the importance -- and complexity -- of working with utilities, which are bound up in complex regulatory and pricing environments.

While utilities operate in a starkly opposite environment than tech companies do, Weihl noted, utilities might benefit in the end from the push for cleaner data centers.

"Utilities are facing a historic shift in business models," he said. "They need to transition to a very different infrastructure. They need to decarbonize -- and we need them to, as well. Working with them is critical. It's not easy or fast, but it's doable."

Can Facebook activate a billion consumers to be green?

12 green data centers worth emulating from Apple to Verne