Philips Lighting last week announced a contract with Washington Metropolitan Area Transit Authority (WMATA) to install LED lights at 25 parking garages at Washington Metro stations. The fixtures, or luminaires, have a wireless control system with sensors for daylight and motion to optimize energy efficiency while delivering enough light to meet WMATA’s safety requirements. Replacing 13,000 fixtures is projected to reduce electricity use by 68 percent, the equivalent of the electricty used by more than 1,400 homes, according to WMATA.

Perhaps what’s most significant about the deal is who’s fronting the money for it: Philips. The company will finance and install the luminaires, which will be paid for by an estimated $2 million in annual energy savings, requiring no capital investment upfront. Without financing, it’s unlikely WMATA or many other municipalities would have the budget for high-tech lighting upgrades such as this one.

“Many municipalities are broke or budget constrained and, of course, they’re all looking for ways to meet their sustainability goals, reduce energy and improve the safety for residents. That’s why it’s a natural fit,” says Bill McShane, director of public sector programs for Philips Lighting North America. He expects that more commercial customers also will opt for such lighting performance contracts. 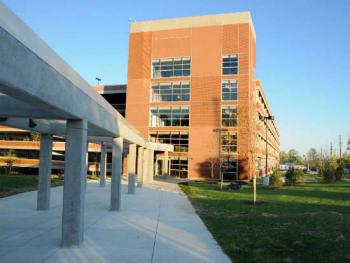 For a number of clean technology companies, financial innovation, rather than technical breakthroughs, is the best way to get their products into customers’ hands. Five years ago, the residential solar industry was focused largely on selling expensive rooftop solar to affluent customers. But the development of solar financing products, such as a lease or a power purchase agreement by SolarCity, Sungevity and others, has since fueled massive growth in residential solar.

It’s playing out in other product areas as well. For example, building efficiency company Powerhouse Dynamics last week stated it will start leasing its energy monitor to customers, using capital from one of its investors. Similarly, Bloom Energy offers an option for companies to purchase the energy the fuel cells produce, rather than acquire and maintain the machines themselves.

For new technologies, the challenge is often in finding investors willing to lend money for customer installations at low interest rates. Last month, battery startup Stem, which makes a refrigerator-size battery that saves money by reducing peak-hour demand charges, began offering a “no-money down” option. The $15 million committed by Clean Fleet Investors in project finance will allow Stem to install hundreds of its storage units, according to the company. 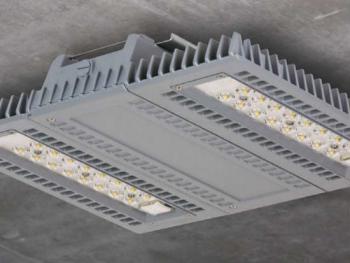 Once these projects demonstrate a predictable return, Stem can seek out mainstream sources of capital, such as banks, which generally avoid risky technologies. “With solar, in the early days it was individuals who financed projects but then larger banks rushed in. We’re now seeing that with efficiency products,” said Prakesh Patel, vice president of capital markets and strategy at Stem.

Energy service companies, or ESCOs, have used the performance contract model of funding projects with utility bill savings for many years. These ESCOs, which act like general contractors for commercial or municipal customers, are critical to the adoption of building efficiency products because they have partnerships with technology providers, according to Lux Research.

Philips will work with ESCOs to do design, installation, and maintenance for lighting retrofits, said McShane. Because the luminaires are networked, customers can monitor their status on a computer and see if they are meeting performance requirements. “We see (financing) as our major strategy going forward. Having the ability to finance these projects allows projects to move ahead quickly and for more LED technology adoption.”

Philips teams up with mayors to power city LEDs