Steve Jobs wanted this to become the "best office building in the world." However the corporate campus shapes up in the end, it's coming one step closer to reality.

There are some remaining formalities to be ironed out at a planned Nov. 19 council meeting, but unless something unexpected happens, the project -- born seven years ago and sited adjacent to the company's existing facility -- could be complete by 2016.

Although critics charge that Apple's sleek new campus will exemplify the worst aspects of car-centered suburbia, the vision is loaded with green elements. Here are six that stand out. 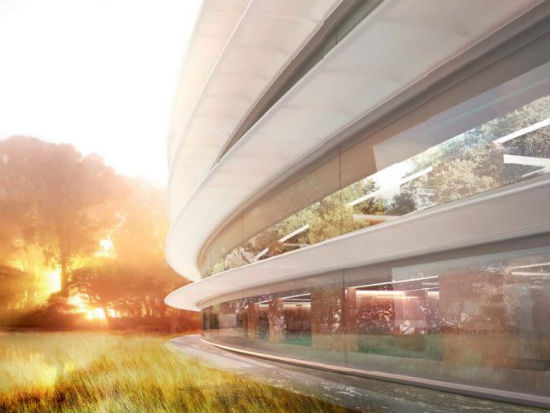 The new plan will transform an existing site almost entirely covered with buildings and asphalt into a landscape featuring almost 7,000 trees – including the apple, apricot, cherry and plum fruit trees that made San Jose's orchards thrive long before silicon was invented.

"When Apple Campus 2 is finished, 80 percent of the site will be green space, said Lisa Jackson, vice president of environmental initiative for Apple," in a video describing the project. (That's about 100 acres.) "We're maximizing the natural assets of the area. This area has a great climate, so 75 percent of the year, we won't need air conditioning or heating, we'll have natural ventilation." 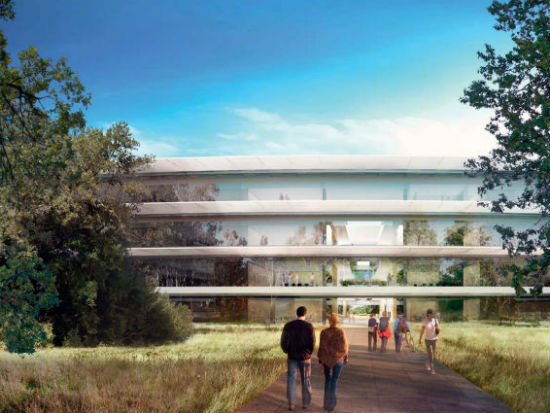 What's more, the campus will run entirely on renewable energy. The plan calls for about 8 megawatts of solar panels to be installed on the roof of the main, spaceship-shaped building as well as the parking structures. An unspecified number of fuel cells also will be installed, with the rest of the electricity needed for operations sourced through grid-purchased renewable energy.

Primary opposition to the site has centered on its transportation plan. To combat those criticisms, Apple has expanded its Transportation Demand Management program, emphasizing the use of bicycles, shuttles and buses that will link employees with regional public transit networks. Roughly one-third of the employees (about 5,000 people) are likely to use this option.

Oodles of details about the initiative and how it has evolved over time are on the Cupertino council's site. 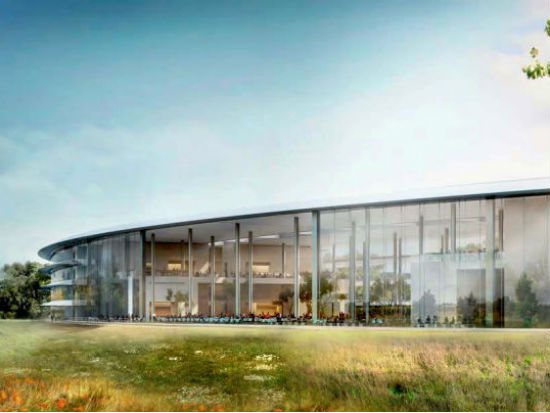 Apple's unusual four-story circular design meant to accommodate 14,200 employees has raised eyebrows, but if you look beyond the shape, the structure itself is being designed to create as much energy as it uses. There is a strong emphasis on energy-efficiency: the passive heating and cooling systems will use 30 percent less than a comparable campus. A central site will contain fuel cells, back-up generators, chillers, condenser water storage, hot water storage, an electrical substation and water and fire pumps. 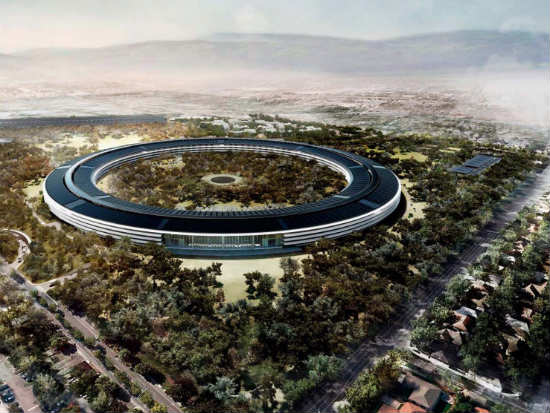 Attention has been paid to reducing the number of impermeable surfaces on the site. (Up to 9,240 of the parking spots, for example, will be underground so that Apple can invest in landscaping that absorbs water. A recycled water main is under consideration, and other steps have been taken to minimize water consumption by about 30 percent below a typical Silicon Valley development. Those measures include low-flow fixtures, the use of native plans and roof rainwater capture. 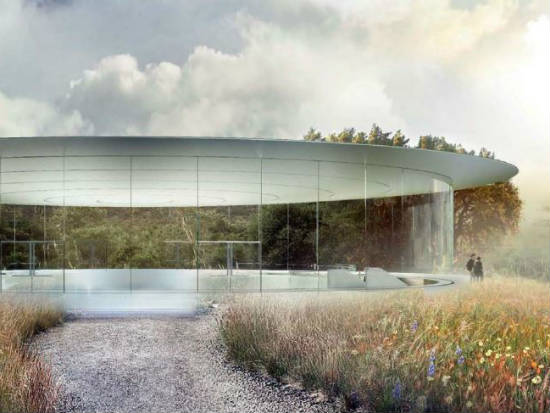 Apple already diverts about 78 percent of the waste associated with its existing headquarters from landfills. The proposal calls for the company to recycle or reuse any construction waste; from an operations perspective, it will step up recycling from solid waste sources as well as the use of composting. 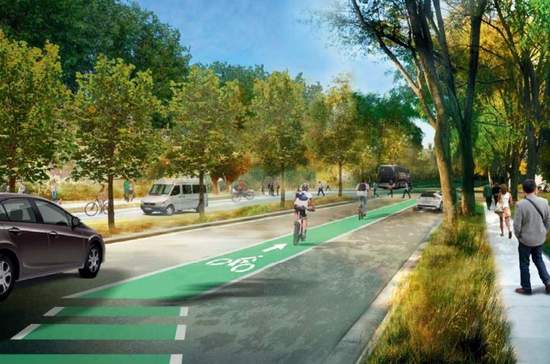 6. A sharpened focus on commuting alternatives

As part of its transportation program, the plan calls for buffered bike lanes on streets adjacent to the campus that are segregated from vehicular lanes and that also allow for bikes to pass each other. The focus will be on encouraging all employees that live within 15 minutes of the campus to use sustainable or public transportation alternatives. The site will start with 300 electric vehicle charging stations, with the built-in capacity to expand.

Apple has been far more forthcoming about its sustainability initiatives since hiring Jackson, the former U.S. Environmental Protection Agency chief, earlier this year. It has paid particular attention to the design of its data centers.

One area where the company has been the subject of repeated criticism centers on its Chinese supply chain policies. That's one reason many have cheered the revelation [PDF] that Apple is bringing a new manufacturing plant online in Arizona -- one that will permanently employ 700 people and run entirely on renewable energy.

"By working with the local utility SRP to supply its new factory completely with additional renewable energy, such as geothermal and solar power, Apple is recognizing the importance of integrating renewables into the grid," said Noah Horowitz, senior scientist for the Natural Resources Defense Council. "Their approach starts with energy efficiency in the facility's design and operation, and then ensures the load is met by renewables; this will benefit Apple's shareholders as well as the environment."

Check out the City of Cupertino website and this Wired story for more pictures.

GreenBiz 101: Apple, Ikea and the quest for Zero Net Energy