5 sustainable sharing apps can ease the stress of holiday travel

5 sustainable sharing apps can ease the stress of holiday travel

Transportation services and hospitality are two sectors dramatically being transformed by the peer-to-peer collaborative economy.

After all, why rent a vehicle from a traditional service when you can "borrow" directly from the owner -- using an existing resource that is going otherwise unused? Or pay steep rack rates for hotel rooms in big cities when you can instead stay a couple of days in someone's empty guest room?

The collaborative economy train has left the station, so to speak. More than $2 billion in funding has been poured into peer-to-peer sharing initiatives, and some estimates peg the potential disruptive value of these ventures at $26 billion. Big-name players such as Airbnb, which helps property owners lend homes to short-term visitors, and Lyft, Uber and RelayRides, popular ridesharing services, are leading the charge while grappling with the inevitable legal and regulatory challenges that rise up to challenge new business models,

What does all this mean to you, personally? If you look just at the travel-related segment of the sharing economy, it depends on where you live and where you're going.

Many ridesharing services, for example, are still very centralized around large metropolitan regions, so you'll probably be challenged to use them in rural areas. Lyft, for example, can help you get around in 18 markets, including six in California; cities such as Boston, Denver and Phoenix; and around Washington, D.C. (but you can't use it in New York). A similar service, Sidecar, is available in many of the same places.

As Thanksgiving traditionally begins a massive flood of year-end coming and going in the United States (the Sunday after the holiday is routinely the biggest single travel day of the year), we've pulled together a list of five other sharing services that could make a last-minute travel experience more sustainable and cost-effective. They may even make your travel experience a little less hectic. 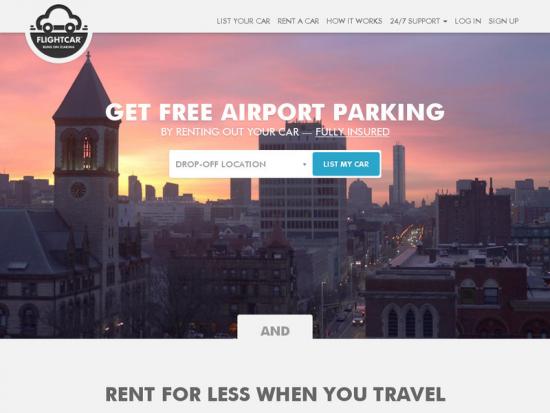 1. FlightCar: Instead of parking, lend out your car

This company addresses two issues: how to make more efficient use of the parking space near airports and the dearth of rental car availability in certain markets, especially during peak periods of travel when it isn't possible to expand available rental car fleets easily. With FlightCar, instead of taking your vehicle to an expensive lot, you can drop it off in a designated FlightCar area. From there, the cars are rented to visitors for $15 to $65 per day -- at least half of what a traditional rental car costs. There's special insurance to cover potential damage, and the service even will clean your car for you before you pick it up to take it home.

Launched in summer 2012 and backed by the founders of Airbnb and Reddit, the service started in San Francisco and Boston and just debuted in Los Angeles. As of early November, FlightCar had handled more than 3,700 bookings. It raised $5.5 million in funding in April. 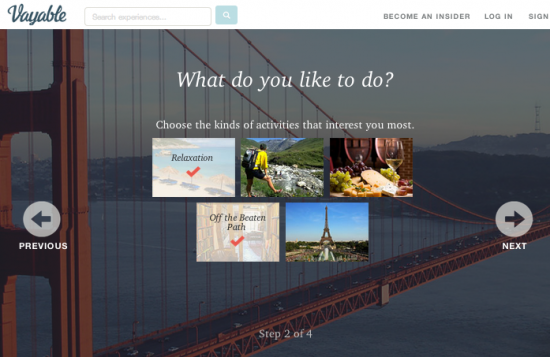 If you love seeing the quirky, under-rated or tucked-away side of the places you're visiting, check out Vayable, which uses locals who aren't full-time tour guides to offer unique experiences in more than 600 destinations. Examples: a walking tour of homeless shelters in San Francisco, a midnight "food crawl" in Queens, N,Y., or a wildlife walk in the Peruvian Amazon.

More than 2,500 tours of this nature are offered on the Vayable site, which acts as the booking service and takes a fee in exchange for facilitating the connection. So far, Vayable has publicly raised $2.2 million in funding. 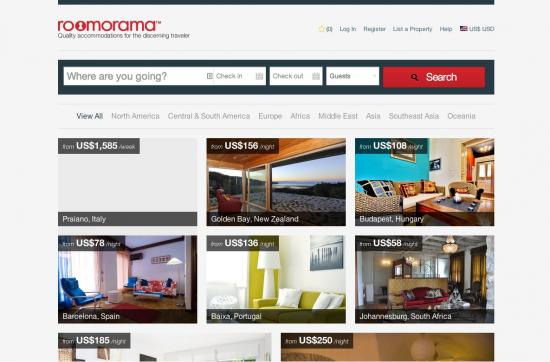 3. Roomorama: Get a room, apartment or house

Even though Airbnb generates plenty of headlines, it's far from the only option for arranging "unhotel" accommodations with a network of hosts who want to see their homes occupied when they're not around, or who are willing to share them with visitors. Other services that facilitate similar arrangements include One Fine Stay, which specializes in unique upscale properties in places such as London, New York and Paris; and Roomorama, which offers short-term rentals in 5,000 locations from locals who want you to stay in their apartments or homes.

Roomorama is differentiated by its ability to expedite the booking process; you get your confirmation in almost real time. The company also has set up a "perks" network that offers discounts on everything from pet-boarding services to grocery deliveries. The company received an infusion of about $2.1 million when it merged in April 2012 with Lofty.com. 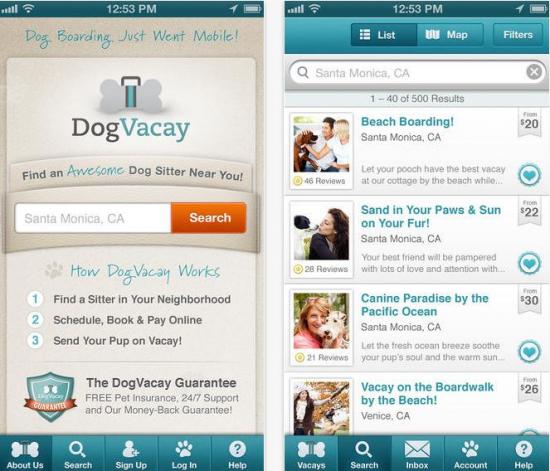 4. DogVacay: Keep your pet out of a cage

If your canine companion hinders your ability to take last-minute trips, you can find a last-minute sitter or walker using DogVacay. The site shows prescreened hosts in your area who can board and watch your dog while you're out of town, for rates (about $25 to $30 per day) that are often half of what you would pay to put your pet up in a kennel full of cages. You can even arrange for daily photo updates from your host. The service represents more than 10,000 insured dog sitters throughout the United States and Canada. So far, it has attracted $22 million in venture capital. 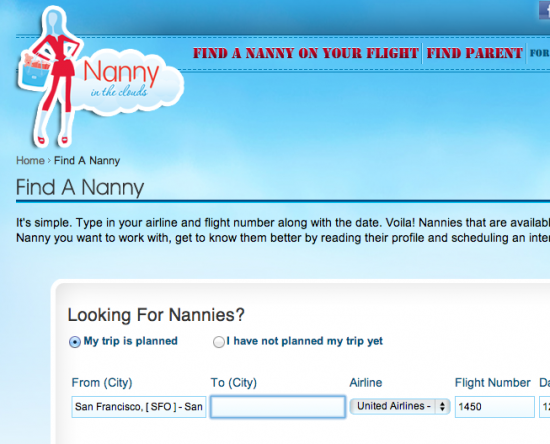 5. Nanny in the Clouds: Employ a helping hand for your journey

Even if you're not a parent, you are keenly aware of how much energy it takes to journey with young children in tow -- especially if you are traveling solo. Nanny in the Clouds was born after a San Francisco mother had to travel from coast-to-coast with her "energetic" 2-year-old. Essentially, it's a database of 3,400 registered nannies willing to provide in-flight childcare -- and help lug bags and gear at the origin and destination -- for a prenegotiated fee.

Once parents book a flight, they can see whether any nannies on the list share their flight itinerary. That saves them the expense of buying another airline ticket, because they're using someone already on the plane. The company's founder readily admits that there have been very few matches for her service so far, but the startup is talking to airlines about leveraging it -- and it could become a disruptive differentiator for the sector.

Lessons from Airbnb about business in the sharing economy

Here's what can become the Airbnb for the electricity grid