Recently, two American chefs were asked to cook a meal of steak and potatoes. But when they got to the supermarket, none were in sight.

Sound implausible? True, the barren aisles were staged by Food Network TV producers. And the shortage had little consequence. No beef? They cooked habanero chicken sausages instead.

Less than 40 years from now, however, food shortages could become serious. By 2050, the world’s population could reach 9 billion. Environmental pressures will put a squeeze on farmland, water and fisheries, making it harder to feed everyone using current practices, according to a June report by the United Nations’ Food and Agriculture Organization (FAO).

This means bad news for those who count on resource-intensive protein such as beef.

Instead of cuing in the doom and gloom, however, a swell of entrepreneurs have captured the public’s attention with alternative protein offerings that appear to be more sustainable. On the menu are edible insects, plant-based imitation eggs, fake meat and “schmeat” – that is, in vitro meat as found in Mark Post’s cow stem cell hamburger.

Go ahead and giggle at the term “schmeat” -- yet, as Oxford Dictionary’s runner-up word of the year, the concept has legs. Will the emerging industry have a market for mainstream growth? 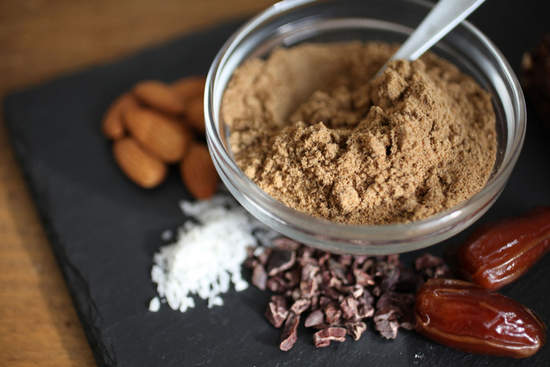 Is that a cricket you’re eating? I’ll take two

Edible insects are low cost, low-carbon emitting and full of protein, vitamins, fiber, minerals and fat, according to the FAO report. Its researchers also concluded that boosting insect populations by raising them for food would provide ecological benefits such as helping with plant pollination, improving soil fertility and controlling harmful pests.

“There’s an industry that wasn’t there before three years ago,” said David Gracer, a Rhode Island resident who has been educating the public about entomophagy -- human consumption of insects -- since 2001.

But the public's mindset about entomophagy, shown via the comments on articles in American media, he says, shows a lot of disgust and mockery of the practice, which is commonplace in parts of Latin America, Asia and Africa.

What would it take to change these mainstream attitudes and increase market viability in America? “If things get scary out there in terms of climate change and food production and food stability, and [there's] not complete mayhem, that’s going to be something that will change the game in terms of people’s perceptions,” he said.

Nevertheless, he continued, "When I got started, there were only a few people, and now there are domestic manufacturers for insect foods. There’s a much bigger community than there was five to six years ago.” 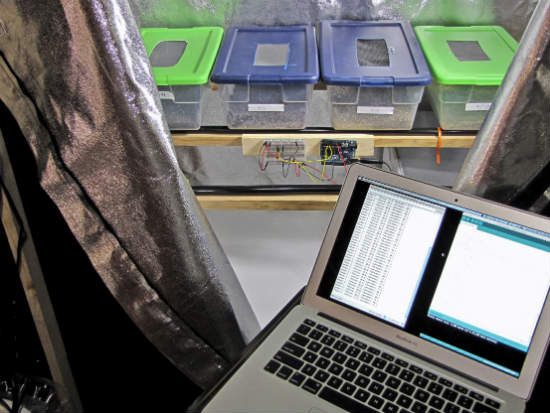 Berkeley, Calif.-based Andrew Brentano, wife Jena and friend Dan Imrie-Situnayake decided a little over a year ago to start Tiny Farms, a business that would support individuals and entrepreneurs interested in developing a steady supply of edible insects. Their idea wasn’t too outlandish.

After all, the Bay Area already had seen the debut of edible insect food truck Don Bugito, which hit San Francisco streets in 2011. Well before that, San Francisco’s California Academy of Sciences and the city zoo served samples to the adventurous. [In years past, I've sampled edibles at Don Bugito and the Academy of Sciences, along with chapulines (grasshoppers) in Oaxaca, Mexico]. 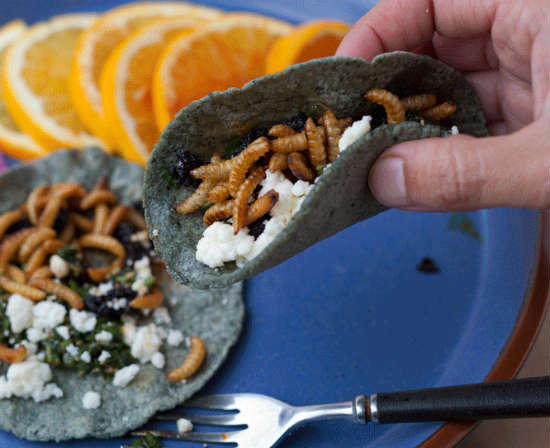 Tiny Farm’s co-founders observed that there wasn’t enough supply to meet the needs for new businesses making insect food products, such as the Exo cricket bar funded on Kickstarter.

“It’s really tricky to get food-grade insects,” Brentano said. “That’s also an issue overseas because of import regulations and food safety issues.” In addition, most insects overseas are wild harvested and as a result likely will have accumulated metals and pesticides.

“Right now, there’s not a market for our larger-scale plans,” Brentano said. “But there needs to be a feed-in. ... Hopefully we’ll be growing with them so we can help with technical matters.”

In step with demand, then, Tiny Farms’ first offering will be open-source home assembly kits for bug farms. Brentano anticipates that the kits will be available in the first quarter of 2014. 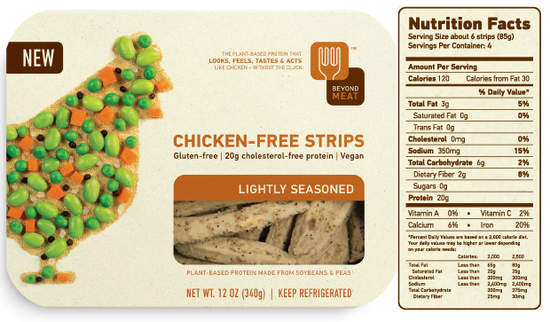 Ethan Brown, founder and CEO of Beyond Meat, sought to develop a version of plant-based meat that was seamless with the real thing. He collaborated with biological engineering professor Fu-hung Hsieh and researcher Harold Huff at the University of Missouri, who had developed on a fake chicken product made from soybeans. The product got off the ground in 2012 at Beyond Meat’s Columbia, Mo. factory.

In 2011, Josh Tetrick founded Hampton Creek Foods in a quest for the perfect plant-based egg substitute. He was motivated to provide an alternative to eggs laid in unsafe, environmentally polluting industrial facilities (he explains in the video above).

Heading up R&D is Johan Boot, who left his post as head of global R&D at Unilever to join Tetrick. In early research, Hampton Creek’s biochemists screened the molecular structure of more than 2,000 plants. Then, the company’s culinary director and food scientists took over. Eleven plants were “highly functional” as an egg substitute, Tetrick said, because they could aerate, emulsify and coagulate just like the real thing. The result was Beyond Eggs, a powder that can be used in place of eggs in baked goods.

Hampton Creek Foods also has developed a mayonnaise made from yellow peas. It's available at 120 Whole Foods markets and will launch nationwide Dec. 5. Cookie dough and scrambled “egg” products are in the works.

Other large companies have shown interest in the San Francisco-based startup’s work, which counts Khosla Ventures, Bill Gates and Kat Taylor’s Emerging Impact Fund among its investors. Tetrick said Hampton Creek Foods is currently collaborating with three Fortune 500 companies. Although he said he couldn’t talk much about this due to a nondisclosure agreement, there is a joint research project with General Mills.

“These companies see the prices of caged chicken eggs going up because they’re fed massive amounts of corn and soy,” he said. “They’re watching the problem, and it’s a natural way for them to save money.”

Top image of eggs and Beyond Eggs via Hampton Creek Foods

Why the future of food tastes like a mealworm

Has meat met its match?