When crafting a sustainable supply chain strategy, the choice of transportation mode is possibly the most important environmental decision a company can make. An increasing number of shippers are finding success with rail, which offers a terrific opportunity for reducing the environmental impact of shipping.

Certainly, trains don't work for every situation, given the distance to rail hubs and some lingering concerns about reliability. But every time even a portion of a shipment is shifted from truck to train, there's a positive impact on the environment. After all, freight transport is responsible for 15 percent of business-related carbon emissions, one of the largest sources in the U.S.

Take Ocean Spray, which cut carbon emissions by 20 percent in its U.S. Southeast distribution operations while driving down associated transportation costs by 40 percent. The fruit juice and food manufacturer [PDF] did this by opening a new distribution center in the region and finding an opportunity to take advantage of empty rail cars returning from a competitor's deliveries to Florida. (An independent logistics partner acted as a firewall to protect sensitive information.)

Ocean Spray is not the only company incorporating train into truck shipments for a double benefit of cost savings and reduced carbon footprint. The October issue of Inbound Logistics reported that intermodal traffic in the U.S. recently hit its highest weekly average, 257,795 units per week, as of August. 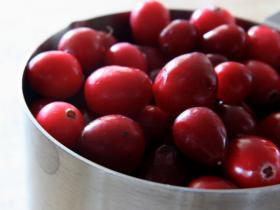 Increasingly, using rail as a core part of shipping logistics makes sense for a lot of companies. Here are three success stories that illustrate this trend.

Jelly Belly Candy Co. uses intermodal transport for all of its shipments from its main factory in Fairfield, Calif., to the primary distribution center in Pleasant Prairie, Wis. That's meant more than $500,000 in annual savings compared to just a year ago, when rail touched only 30 percent of those loads. More than 95 percent of the time, the company finds that rail matches the four-day transit times previously achieved via road shipment, according to Inbound Logistics.

In Europe, several companies have found an innovative approach to overcome one of the primary barriers to rail: having enough volume to make it worthwhile. By pooling their shipments, Colgate Palmolive, Mondelez International and Nestle expect to reduce carbon emissions by 18 million kg per year to start. It's exciting to see these sometime-competitors able to collaborate on distribution, with the help of a third-party logistics company. 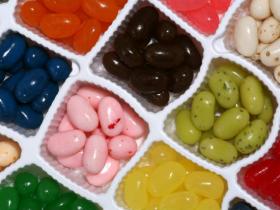 GE Lighting has increased intermodal use by 25 percent from 2010 to 2012, with all of GE spending $70 million a year on intermodal transport, and sees tremendous potential for rail use to continue rising rapidly as proponents overcome negative perceptions about train reliability in different business units, according to a report by Supply Chain Digest editor Dan Gilmore. For instance, GE Lighting shipments from the Ports of Los Angeles and Long Beach to a factory in Tennessee now take six days as compared to five days via truck, are at least as reliable as full truckload moves and result in 40 percent lower total freight costs. Many of GE Lighting's business customers are interested in sharing rail cars, potentially linking inbound and outbound trains.