A year after Hurricane Sandy, the costs and risks of inaction on the climate are becoming clearer. Among the costs are those revealed in a new Ceres report about the growing taxpayer burden from climate inaction. The escalating risks to coastlines from climate-driven sea-level rise are highlighted in granular detail in a major new expansion of Surging Seas, Climate Central's online tool to analyze the impacts of sea-level rise.

Happily, despite the increasingly frantic efforts of the Koch brothers and other fossil fuel fat cats to force Congress to throttle the rising clean energy industry, the renewable energy gospel is spreading. Even the wing-nuts of the right are getting on the bandwagon, as Glenn Beck shills solar generators to his fans.

With solar and wind power costs coming down -- and parity with fossil fuel electricity (including natural gas) in sight -- the carrot of decreasing prices will join the stick of increasing costs to rev up the race toward a clean power economy.

But with real advances in the availability of solar and wind power comes increasing need to store energy for use, and to smooth out the intermittence of supply -- the Achilles heel of renewables. (Wind power, for example, can vary from full capacity to a mere 10 percent of capacity.)

In addition to energy and capacity, the power system depends on flexibility -- the matching of supply with changing demand to operate properly. In the renewables space, finding ways to store energy, whether physically or by taking it from where it is in oversupply and shunting it to where it is needed, is the key to flexibility.

The greening of Ontario

One government supporting innovation in the search for efficient energy storage is Ontario, as I discovered during a press tour of the Canadian province's green energy initiatives in September. Its urgency is being driven by an ambitious expansion of wind power -- 5,000 megawatts of renewable energy, mostly from wind, are due to go online within the next 18 months.

A few years ago, Ontario's utility companies installed smart meters at the homes and businesses they service, initially to alleviate outages and peak load problems. But benefits have exceeded expectations. With the data now flowing through the system -- Toronto, the capital of Ontario, has one of the largest databases of smart meter data anywhere in the world -- agencies can create more targeted conservation programs and consumers can use apps to monitor their energy usage. To help Ontario move toward a cleaner energy future, companies are innovating in exciting ways. 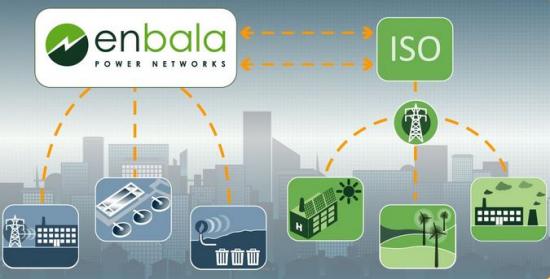 Innovation one: managing demand with a software platform

The market for third-party apps to help consumers manage their energy use is exploding. But software to help utilities exploit the data to maximize their capacity and supply of power is also in demand. One company seeking to fill this niche is Enbala, which has developed an ingenious real-time demand management software platform, the Enbala Power Network, that's being deployed by Ontario industrial and commercial facilities.

The Network works with data to pinpoint places on the smart grid where capacity is lying idle and match it to another place where more energy is required. Large power users, such as industrial, commercial and institutional operations, typically have energy assets that are not being drawn on to capacity all the time. Enbala contracts with those users to connect to the Network, paying them to supply power to the grid when it's not needed for their own work.

Enbala's software allows utilities to buy flexibility separately from capacity and generation, smoothing out supply and demand like a kind of cruise control for the grid. The company expects to be able to extend the system to Ontario's residential customers, offering them returns in the form of rebates for hooking up to the Network. 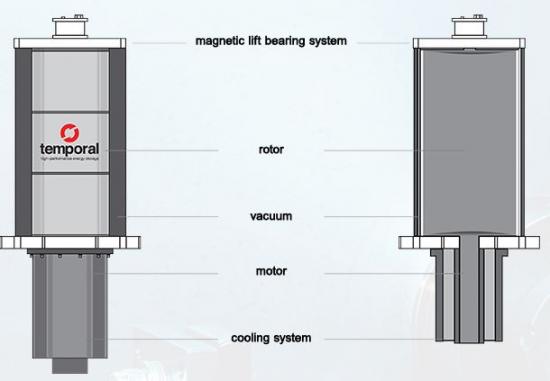 Flywheels are mechanical batteries that store energy by means of angular momentum. They've been around for a long time -- think of the potter's wheel -- and they are a natural solution to smoothing out energy supply from wind and solar.

However, high cost and safety problems have impeded their adoption. The Ontario startup Temporal Power thinks it has solved these problems with its stainless-steel flywheel. Made out of recycled auto parts, the unit is relatively inexpensive to build and can provide from three to 15 minutes of stored energy in a rapid response to smooth out fluctuations in power supply.

The company says its flywheel can store up to 50 times more power than other industrial flywheels. The units can be sized to provide from two to 100 megawatts.

Temporal has a contract to supply the Ontario utility HydroOne with 500 kilowatt units to balance out wind power and another contract with the publicly owned power company, Ontario Power Generation. It's also attracted the attention of energy giant Enbridge, which has invested $13 million in the company.

The startup, like the others I visited on Ontario's Renewable Energy press tour, has the full support of the provincial government, through development subsidies and business consulting. It's all part of a virtuous chain -- government support, innovation, the greening of the grid -- that shows there is no dichotomy between economic growth and sustainability. It's a lesson all governments should take to heart.

Photo of Toronto, Ontario's capital, by Aqnus Febriyant via Shutterstock

Get ready for virtual power plants

How Ontario is getting off coal

4 ways demand flexibility can help you dodge the dirtiest power