BMW has put in place another part of the jigsaw for the imminent launch of its BMW i range of electric cars, announcing a partnership with U.S. solar specialist SolarCity to allow American drivers to power their electric BMWs using solar power.

The two companies announced late last week that they are teaming up to offer drivers of the new BMW i vehicles access to SolarCity's most affordable solar financing package. "The partnership will make it possible for many BMW i owners in SolarCity's territories to power their cars with clean electricity for less than it would cost with electricity provided by their utility company," the companies said in a statement.

BMW is preparing to launch the high-profile BMW i range in the U.S. and Europe next year and is pioneering a new 360° Electric portfolio of products and services that are designed to support the "EV lifestyle," including preferential rates for solar technology installations. 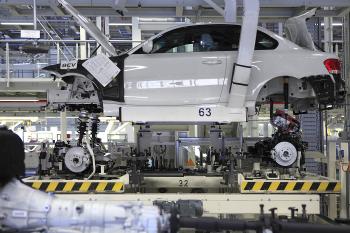 "Experience with our MINI E and ActiveE field trials has demonstrated that driving electric is a lifestyle, where customers gain a keen understanding of their driving habits beyond driving and are often inspired to find ways to live more sustainably," said Rob Healey, BMW's EV infrastructure manager, in a statement.

"With help from SolarCity, BMW i customers will have the opportunity to maximize their commitment to sustainability. This reinforces the entire concept behind the BMW i3, which is engineered and produced by the most sustainable manufacturing process in the automotive industry."

Through the partnership with SolarCity, BMW i owners will be offered a 10 percent discount on SolarCity's current solar financing package, which installs solar panels at no upfront cost in return for customers signing up for 20 years of locked-in solar energy rates.

This story originally appeared at BusinessGreen. BMW i3 photo via BMW Group.