A lot is being said about various threats to the electric utility business model. At their root, many of those threats are really a fundamental misalignment between utilities' revenue model and their customers' own financial needs and service preferences. More often than not, solar PV figures centrally in these conversations. But a new and unexpected threat is emerging: street lights.

For any level of government responsible for managing roadways, street lighting is a critical service. Among other services, effective and targeted lighting on roadways dramatically can improve auto and pedestrian safety. Emerging technologies such as energy-efficient LED lighting are creating an opportunity for dramatic consumer-side cost savings, as well as the potential for a much broader suite of municipal services via LED-integrated smart sensors. These advancements are upending a staid and overlooked component of the traditional utility service offering. Clearly, these are not your grandfather's streetlights.

What's in it for utilities?

In some cities, the municipality owns the streetlights and pays the utility for the energy those lights use. But in most cities around the country, the local electric distribution company provides overhead street lighting as a basic service at a flat monthly rate per light, which includes the light itself, maintenance and electricity.

Therein lies the rub -- regulated utilities often have little incentive to invest in more efficient streetlights, which offer a reliable, consistent and often lucrative revenue stream that comes at a time of day (or night) when demand is low.

Despite a seeming incentive for utilities to invest in efficiency and thus increase the profit margin between the flat monthly rate they charge municipalities and the kilowatt-hours bundled in that rate, installing a more efficient street lighting system typically requires approval from the state Public Utilities Commission, including tariff updates to reflect the new costs -- a process that would erode any cost savings the utility would hope to capture.

Yet efficient streetlights could save cities and towns tons of money if these municipalities were able to capture all the inherent savings in energy and maintenance promised by the new technology. In fact, street lighting often represents the highest single energy-related expense in municipalities' annual budget, often totaling millions of tax dollars per year. 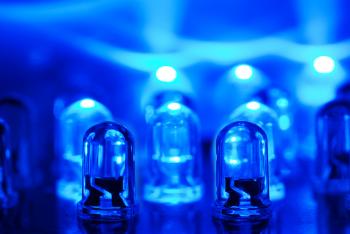 As public revenue streams constrict in the wake of the economic recession, governments are exploring new public-private partnership models, such as performance contracting and privatization, to try to drive down lighting costs where the city owns the system. They are also leveraging regulatory agencies to allow public buy-outs of utility-owned systems. A 2008 study by the New York State Comptroller's Office showed that the town of Union, N.Y., was able to capture savings of approximately 40 percent, or $13.1 million, over the term of a 20-year bond used to buy out the street lighting system from the local utility.

LEDs, coming to a street near you

With semiconductor-based, solid-state LED lighting, the tension between utilities and municipalities is likely to grow. LEDs offer a host of benefits: a higher-quality available light spectrum, a more narrowly directed light beam, the ability to dim to match ambient light conditions and needs (thus helping to reduce light pollution) and the fact that bugs are not as attracted to LED lights as they are to the ultraviolet light cast from conventional street lights. In addition, there are significant economic benefits, including drastic efficiency improvements, much longer lifetimes with minimal maintenance requirements and resilience to petty vandalism.

Cities everywhere are beginning the conversion to LED street lighting and reaping the economic rewards. For example, 40 percent of streetlights in Boston were converted by the end of 2012, saving the city $2.8 million annually in electricity costs alone. Including reduced maintenance costs and other savings, Boston expects a payback period of only two to three years (sooner if rebates from its local utility are factored in).

Los Angeles likewise recently completed a transition of 141,000 streetlights, the largest single conversion project in the U.S. The city expects to save $7 million in electricity savings and $2.5 million in avoided maintenance costs per year. The $57 million project was funded in part through a loan from the Los Angeles Department of Water and Power, which will be paid back over seven years out of electricity and maintenance cost savings. The state of Vermont provides another example: A partnership between electric utilities, the state's "efficiency utility" Efficiency Vermont, and municipalities has resulted in revised utility rate structures and capital investments that will provide 8,000 MWh of energy savings. 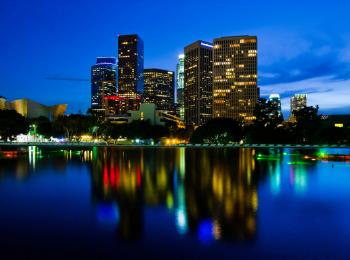 More pressure to convert is being applied on the federal level in the wake of a U.S. Department of Energy study that found a hypothetical full conversion of existing U.S. street lighting to LEDs could reduce nationwide energy demand by 8.1 Terawatt-hours -- or 50 to 70 percent below the study's base case of high pressure sodium bulbs, saving 5.7 million metric tons of annual CO2 emissions. Utilities, long incentivized by business models and rate structures that promote selling more kilowatt-hours, are less than lukewarm about this prospect.

Only the tip of the iceberg

When married with other electronic communication devices, sensors and software intelligence -- all built upon the underlying semiconductor technology -- LED streetlights could become sophisticated nodes on a potentially ubiquitous digital network (located on every street in every municipality, and on highways between cities), capable of sensing their own activities and the environment around them, and controlling their own operation and other infrastructure nearby.

All those thousands of poles evenly spaced on nearly every street in your town, and along highways connecting you with other towns, could be not only sources of light, but also interactive data nodes with the ability to provide real-time information back to city hall and emergency responders, as well as services to local residents. "Smart" street lights could monitor traffic flow, remotely get brighter or dimmer in support of first responders during an emergency, read utility meters from nearby houses and serve as Wi-Fi hot spots.

If all this sounds a little futuristic, consider that the U.S. already may be late coming to the game. Last month, smart grid technology firm Silver Spring Networks and French lighting company Citelum announced a project in Copenhagen to convert 20,000 streetlights to LEDs while also building a networked platform for other services, which may include wireless service, traffic signal controls, automated parking meters and other "smart city" services.

Meanwhile, Christchurch, New Zealand, which suffered a devastating earthquake that leveled its downtown, is leveraging 12 percent of the $30 billion reconstruction fund-in partnership with MIT and prominent technology and analytic software companies toward the establishment of a network of sensors and smart technology (some atop streetlights, others buried underground) that will monitor air quality, seismic activity, transit flow, pedestrian flow and building efficiency.

With all these savings and opportunities, why has conversion to LED street lighting not taken place faster? The initial capital cost of LED fixtures is one reason. LEDs can cost several times that of traditional bulb technology -- although prices are dropping rapidly as LED efficiency improves thanks to better manufacturing techniques and increased competition. For example, the city of Asheville, N.C., completed the third phase of a three-year conversion of 8,000 streetlights in 2013. Between phases one and three, the cost of the city's most expensive LED fixtures dropped from $765 to $472.

But even considering the plummeting cost, a full change-out of a streetlight system demands a substantial capital investment for either a utility or a community. Plus, with this technology advancing so rapidly, communities are potentially faced with making a 20-year investment in electronics that could be comparatively obsolete within five years. 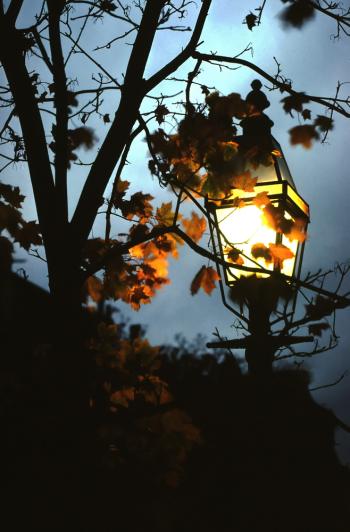 These are timetables far more familiar to IT companies and Silicon Valley than to utilities. What was once a static service with slowly changing technology is rapidly adjusting to the hyperactive world of silicon-based electronics. Communities are seeing the benefits, while technology and lighting companies are experimenting with new business models, performance contracting and lease arrangements.

This all raises a fundamental question: Why should this service continue to be included in the package of regulated services provided by the electric utility?

One disruptive scenario might see street lighting disappear entirely from the set of electricity services provided by the utilities. Municipalities might take lighting on themselves. Or, more likely, telecom or technology companies could move into this once sleepy market, just as Silver Spring has done in Copenhagen. For example, it is not difficult to imagine Google making the leap from running fiber throughout cities to connecting sensors and control technology with that network  -- and providing street lighting as they go.

Or Cisco, which owns most of the patents for IP telephony, could decide to make a run at the mobile phone market with a fine-grain Wi-Fi network built into what were previously only lights on a pole. Under these scenarios, utilities would lose a reliable, likely high-margin business segment -- potentially leading to a new slate of rate cases as they are forced to balance lost revenues across other customer segments.

A drive for change

Alternatively, the future might not be so disruptive for utilities if street lighting became an unregulated profit center, as has occurred in the state of Georgia. In that case, the utilities need only pivot to develop their expertise and partner with other companies to build and maintain networks of these devices on their existing pole infrastructure. This can open new unregulated revenue streams for both the utility and for municipalities from third-party users, expand municipal services available to citizens, improve lighting and, with it, safety and aesthetics. All of this can exist in a competitive environment that does not restrict profitability, but still assures the lowest cost to the consumer and provides an incentive for continuous innovation.

Whatever the ownership model, a first step is to better align incentives around energy efficiency and electricity providers' cost recovery mechanisms. That has been the lesson from Vermont, and strong efficiency mandates in Massachusetts likewise have supported the major LED rollout in Boston. In places where electricity is provided by a municipal utility such as Los Angeles, these incentives already are well aligned and change is taking place. It remains to be seen, however, if these cost- and efficiency-driven programs also are positioned to make the leap to the more expansive service potential that LED technology enables.

It may be too early to know what this will represent for the utilities, but it's certain that there is plenty of pressure from all levels of government and from technology companies to drive change sooner than later. With every passing year, the technology improves, costs go down and potential savings grow. The question then becomes: Who is best positioned to seize this opportunity?