Solar PV has been the belle of the ball when it comes to distributed energy resources of late. But from microgrids in Maryland to NRG's solar pergola, battery storage is increasingly entering the conversation, too. Now, California's new energy storage mandate, AB 2514, is pushing the issue further.

The bill, which passed unanimously in October, instructs California's investor-owned utilities -- Pacific Gas & Electric (PG&E), Southern California Edison (SCE) and San Diego Gas & Electric (SDG&E) -- to expand their electricity storage capacity and procure 1,325 MW of electricity and thermal storage by 2020. Such energy storage is one important strategy of many that can help to manage and balance the inherent variability of renewable electricity generation -- for example, from cloud cover or at night when solar panels aren't cranking out kilowatt-hours. But storage's role goes well beyond that.

California has a very high renewable portfolio standard (RPS), currently set at 33 percent, with active policy discussions about a possible higher future level, perhaps 50 percent. As higher and higher penetrations of renewables are added to the grid, the California Independent System Operator (CAISO) has predicted the potential for disruptions to grid operations as soon as 2015.

It's not clear exactly what level of disruption California could see. Certainly discussions around what's known as the duck curve have shown that CAISO is deeply concerned about rapid ramp rates that could come with significantly higher solar penetration and how it can be mitigated.

Yet a recent study released by regional transmission organization PJM and General Electric suggests the answer might be "not much." The multi-year study found that if PJM added 100,000 MW of wind and solar across its service area (13 states and Washington, D.C.), only around 4,000 MW of additional non-dispatchable generation resources would be needed for regulation to manage the variability of the renewables. However, CAISO doesn't have the same market structure or power flow dynamics as PJM, and installing storage at the transmission level will at least somewhat improve utilities' and CAISO's ability to manage changing system conditions brought on by renewables' variability and reduce the need for reserve services. 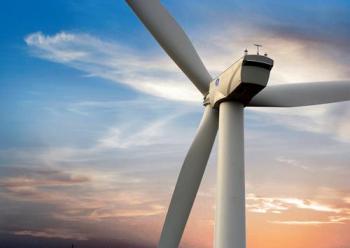 In addition, California's regulatory environment and rate structure assigns a high value to the services storage can offer to the grid, including high demand charges for commercial customers (which can be lowered with storage), and one of the only state-level self-generation incentive programs that covers distributed storage.

The California Public Utilities Commission (CPUC) also has allowed both SDG&E and PG&E to rate-base [PDF] significant storage development investments: $26 million earlier this year for SDG&E and $30 million for PG&E in 2011. This is not the norm across the U.S. -- most storage projects currently under development or in operation are funded by government grants (for instance, DOE Smart Grid Stimulus Grants and the American Recovery and Reinvestment Act), under the commercial arm of a utility (i.e., not part of the regulated business), or as part of a R&D/pilot budget that doesn't get full rate-basing scrutiny. Rate-basing investments allows storage to become a sustainable and more certain part of the utility's business plan in a way that a one-time grant or an investment at the whims of the shareholders cannot.

A curious focus for California's mandate

Yet California's energy storage mandate raises some questions, even as many celebrate the development. For example, under AB 2514, storage connected at the transmission level has the highest procurement target (700 MW), followed by storage at the distribution level (425 MW), and then customer-sited storage (200 MW). There is significant flexibility to shift procurement targets by as much as 80 percent between transmission and distribution grid domains, yet the initial breakdown remains perplexing in light of recent market trends with storage.

Use of our country's current transmission-level, fully depreciated "batteries" -- pumped hydro -- is at a 10-year low. Some prominent companies that have tried to compete in the transmission storage space have gone belly up. Developers of concentrated solar power with thermal storage have found the U.S. market insufficiently supportive of transmission-level storage and recently moved most of their development activities overseas.

Meanwhile, customer-sited storage business models and companies seem to be springing up daily (witness SolarCity's storage activities, not to mention Solar Grid Storage, Green Charge Network and STEM, for just a handful of the many examples). Also, on the most rudimentary of screens, one would assume power (and therefore, stored power) has more value at the retail level where it's used than at the wholesale level, where it rides on transmission lines many miles away.

Regardless of past trends, the future of storage is moving beyond a focus solely on the technology's ability to store energy for use when the sun is not shining, or provide back-up power in the case of an outage, to a broader set of services storage offers, many with higher value potential.

Unfortunately, high-value opportunities are not universal, and storage is not currently economic everywhere. "When you look at different parts of the country, we'll have to cobble together revenues and values to make it worthwhile," Solar Grid Storage's CEO Tom Leyden told Greentech Media.

But that is precisely what the 213-and-counting active storage projects in the U.S. and the new storage mandate in California are trying to change. This is also why California's mandate proposes energy storage procurement targets for each utility at each point of interconnection, but is also flexible in allowing utilities to defer procurement targets from one solicitation period to the next and shift targets between the transmission and distribution grid domains.

Mandates likely are not the long-term solution for integrating storage into the grid and market-based solutions must prevail. But California's program will serve as a big kick-start and experimentation enabler, and significantly can accelerate the timing of the economic viability of investing in storage. Looking at storage and batteries not just as an energy-only supplement to the grid, but also as a broader source of value for grid services across a variety of applications, is the right way to go.

There is still a lot we do not understand about the value and future potential of storage, but if we look at the results of a recent EPRI cost-effectiveness study [PDF], which found that the benefits from storage increase as the quantity of renewables increases, it becomes clear why California is pursuing this technology in a manner that is both boldly aggressive and flexibly vague. The principles underlying the mandate in California underscore that this initiative is aimed at not just environmental goals -- specifically GHG reductions and the integration of renewables -- but also grid optimization.

6 takeaways from VERGE's 'Utility of the Future' summit