After 15 years, Cietec, which backs innovative companies in Brazil's richest state, São Paulo, is becoming greener. In the coming weeks, the company -- which incubates startups by providing infrastructure and services support -- is launching a partnership with the São Paulo city council, the University of São Paulo and a large bank to select innovative ideas that solve problems in mobility, ground contamination, waste management and accessibility for the physically handicapped.

"Among the 6,000 undergraduate university students in the city, we want to find new ideas to promote sustainability in the city," said Sérgio Risola, Cietec's CEO. "The ideas selected will be developed in a co-working environment for one year to transform them into a business plan."

According to Risola, about $430,000 has been committed to the one-year pre-incubation program for 100 ideas. The selected students and small companies will be provided space in a warehouse, where they will attend seminars on entrepreneurship and have contact with the 130 companies already supported by Cietec. They also will be able to strike up a dialogue with large multinationals, including IBM, Microsoft, Natura and Intel, which frequently look to Cietec for new ideas.

"These large companies now know that they will not have all the best ideas in their labs," Risola said. "So they come here looking to expand their portfolio and for brain [power]."

Of course, Cietec is not only about green ideas. But in the past four years, sustainability -- including both social and environmental concerns -- has been trending among Brazilian students and small companies. Of Cietec's current 130 incubated companies, 19 are listed as being green, in areas including health, biotechnology, waste, energy, electronic, IT and chemistry. 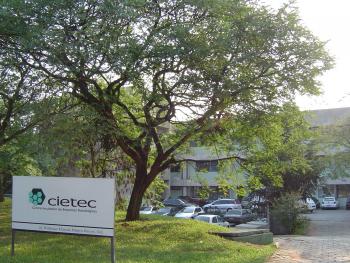 "People look at what is happening to the world and they try to find solutions -- it's as simple as that," said Risola. "Young entrepreneurs of today are not only thinking about the money."

Cietec is a privately held, nonprofit business incubator harbored by the Institute of Nuclear and Energetic Research (IPEN) on the campus of the University of São Paulo. IPEN allows Cietec to use a 9,000-square-meter building free of charge.

One Cietec-supported company with a green focus is Ateliê Brasil [Portuguese], a manufacturer of corporate gifts and packaging made out of recycled material or natural tropical fibers in poor communities. Ateliê was founded by designer Eli Tosta 18 years ago, but it only entered Cietec in March, after it included in its business plan Brazil's first research, development and innovation directive for the creative economy and NGOs.

The plan selected by Cietec includes a research lab to develop new technologies to use waste material; a system to list environmental liabilities from waste; and a fund to finance research and development while supporting the 19,000 poor communities in Ateliê's network, mostly in Brazil's north and northeastern regions and city slums.

"At Cietec, I have contact with researchers and new ideas that will help develop new products that can generate wealth for these poor communities," Tosta said.

As designer, Eli heads the development of materials into decoration, packaging and corporate gifts. She works with wood waste, ceramics, natural fibers, tropical seeds and leaves, and discarded cables. Once she develops the idea, she finds a buyer and assigns production to local community groups who learn and/or help develop the production process using the locally found materials. A recent breakthrough was the use of waste glycerin from biodiesel production in the country to manufacture jewelry, lamps and several other goods. The idea came from a research project at the University of Campinas that developed a process to use the glycerin. 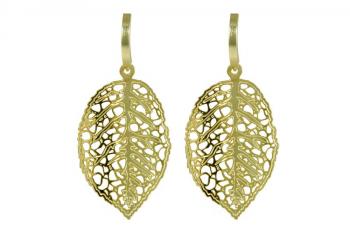 In the field of industry, Brasil Ozônio [Portuguese] is a company founded by cardiologist Edison de Cezar Philippi and engineer Samy Menasce that uses the highly oxidant and bacteria-killing properties of ozone gas to purify water. Cietec selected the company in 2005. In the first stage, the company found a solution to purify drinking water. In the recurrent stage, the technology process was adapted to purify industrial liquid waste. Brasil Ozonio already has signed contracts with companies such as Coca-Cola and Bunge and now reports a revenue of about $1.5 million a year.

In the energy sector, Electrocell received $1 million from power utility AES Eletropaulo (a unit of U.S. Energy company AES) in 2004 to conclude the development of a 50kW hydrogen fuel cell used to power one of its telephone exchanges. According to Wolkmar Ett, a partner in the company, Eletrocell has been supplying fuel cell equipment for research in several labs and is trying to develop new sources of raw materials to substitute natural gas to produce hydrogen. "One of the options is to gasify biomass from sugar cane, which is mostly wasted here in Brazil," Ett said. The company has received several smaller investments since then and has patented its technology in the U.S. and China, and is awaiting patent approval in Brazil.

On the services side, Eccaplan [Portuguese] drew up a business plan to neutralize CO2 emissions and collect waste generated during events in Brazil. The company was created in 2009, the same year it signed a contract with IBM, and in 2011 it was selected by Cietec. "Cietec gives us administrative support but also allows us to form a network with other companies that are looking at green business," said Fernando Beltrame, one of Eccaplan's three founding partners.

Since the company was created, it has purchased 11,000 carbon credits from more than 400 events, mostly to neutralize travel to and from the events. According to Beltrame, this is equivalent to the CO2 emitted during 12 trips between São Paulo and New York (a distance of about 11,000 miles).

Eccaplan also collects waste and guarantees that it is recycled. It invests between 5 and 10 percent in R&D and is now developing other services to expand its portfolio. The most recent is a process to compost leftover food from an end-of-year event organized for 800 people by a large Brazilian multinational. The food will be composted using an enzymatic system being developed by Horizonte Fértil, another company in Cietec. The resulting compost will be distributed to organic urban food patches in the city of São Paulo.

"We don't have innovations that are technologically disrupting, but what we do find are new ways to do things -- especially by linking up with companies here in Cietec," Beltrame said.