There's a new matchmaker in town, helping to cement a union between the latest climate science and business leaders. On the surface, these might appear unlikely partners, but the reality is that climate scientists and business chiefs are destined to spend a lifetime entwined in an intricate dance. Climate impacts will have a profound effect on businesses; so will the policies that governments develop in response. Similarly, business practices will have a significant impact on how serious climate affects become.

Traditionally standing on opposite sides of the town square, scientists and CEOs have much more in common than they realize -- but sometimes it takes a friendly yenta to bridge the cultural gap.

The European Climate Foundation steps in

The Intergovernmental Panel on Climate Change (IPCC) is currently finalizing the latest edition of its comprehensive "encyclopedia" on climate change -- the Fifth Assessment Report (AR5). Ambitious, vast and comprehensive, this analysis will reveal the environmental and socioeconomic impacts of climate change, as well as options for curbing it. Business, the military, governments, employers and unions all need to know what's in this report, as all are affected by its content.

According to Julian Poulter, executive director of the Asset Owners Disclosure Project, climate science is not only driving the development of policy, but also investors' expectations of policy arrival and timing. "As the science gets worse, the investment risk rises. That's why the 55 percent of climate change-exposed assets of the $40 to 70 trillion of investment capital is coming under new scrutiny," he said. 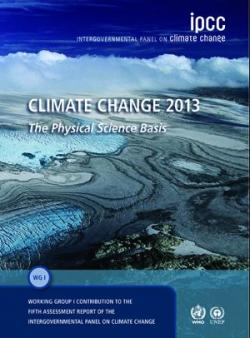 The last time the IPCC amassed an assessment report, in 2007, information from the Nobel-prize winning endeavor took time to trickle down where it was most needed.

This time around, the European Climate Foundation (ECF) is playing matchmaker. It has teamed up with the University of Cambridge Programme for Sustainability Leadership (CPSL), the Cambridge Judge Business School and a variety of sector partners to distil the key findings of AR5 into clear, short, sector-specific summaries derived from the original text.

What the science says so far

The first part of AR5, released in September 2013 and numbering more than 2,000 pages, concentrated on the physical science of climate change -- what is happening in the world, why it is happening, and what the future holds. The findings are stark. Concentrations of greenhouse gases are the highest they've been in the last 800,000 years. In addition, human activities, particularly carbon dioxide emissions, are causing a sustained and unequivocal rise in global temperatures, and projections indicate there is more warming to come.

The rise in global temperatures is causing changes in all geographical regions: The atmosphere and oceans are warming, the extent and volume of snow and ice are diminishing, sea levels are rising and weather patterns are changing. There is a two-thirds chance of a nearly ice-free Arctic Ocean in summer before the middle of this century.

AR5 also underlines the cumulative nature of emissions of carbon dioxide (CO2), meaning that even if emissions were to stop immediately, temperatures will remain elevated for centuries. That's due to the effect of greenhouse gases from past human emissions, already present in the atmosphere.

Our "carbon budget" -- the finite amount of carbon pollution that can be emitted if we are to avoid more than 2 degrees Celsius of global warming -- is running out. The report found that in order to have at least a 66 percent chance of keeping global warming below 2 degrees Celsius (above pre-industrial levels), no more than 800 billion tons of CO2 can be released into the atmosphere from the beginning of the industrial era through to the end of this century.

This may sound like a lot, but with annual CO2 emissions at current rates, the clock is ticking, and this budget could run out in a mere 25 years. After that, if governments are to meet their pledge of keeping warming below 2 degrees Celsius, fossil fuels either will have to be left in the ground or their emissions captured before or after entering the atmosphere.

The next two installments of the report, from Working Groups II and III, deal respectively with impacts and vulnerabilities and with options for mitigation. They will be released in March and April, and will paint a stronger, more sector-specific picture of the impacts businesses and investors face from climate impacts and policies. Working Group II will spell out what scientists know (and what they don't know) about impacts such as declining water supplies, sea level rise, reduced crop yields, temperature stress on people, and key vulnerabilities in regions and sectors. Working Group III will detail the potential for curbing emissions in sectors from agriculture to industry, and the costs of doing so. 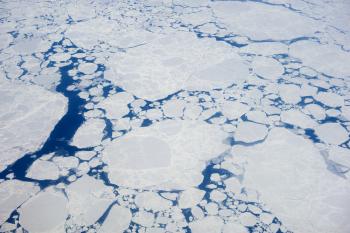 "There is something in this report for all parts of our economy and society," said Tim Nuthall, who directs the project at the European Climate Foundation. "But understanding the report is a challenge due to its length and the complexity of the language. Our aim is to develop a set of scientifically accurate and business relevant translations. These will enable businesses to understand what a changing climate means for them."

It's unlikely the IPCC report will shock the market. Business leaders around the world are already treating risks associated with climate change with increased urgency. About 70 percent of 2,415 companies responding to a survey conducted by the Carbon Disclosure Project (CDP) and Accenture said their revenue could be "significantly affected" by the changing climate.

However, there is a gap between understanding that there is a risk and comprehending what that risk is and how it will affect which assets become unprofitable -- or indeed what kind of disruption will occur, for example due to increasing frequency and severity of extreme weather events.

Without understanding the true risks and costs of business as usual, there is also reduced incentive to investigate and invest in innovative products that will minimize reliance on fossil fuels and stimulate new markets and growth.

Shortly after the IPPC Working Group III publishes its findings in April, ECF and its partners will release 11 sector-specific summaries of the report covering implications for industry (extractives), employment, energy, finance, transport, tourism, cities, buildings, agriculture, fisheries and the military. All will be peer-reviewed by experts in climate change and in the respective sectors to ensure accuracy and relevance.

Later, information from the IPCC's AR5 entire report will feed into negotiations within the UN climate convention on a new global agreement to combat climate change, due for completion in December 2015.

If science and business start to understand the tight-knit relationship they share, there's a better chance of avoiding the potentially catastrophic impacts associated with a global temperature rise of more than 2 degrees Celsius. Doing so will take all personalities, skill sets and abilities to transform the way we work and live.

In taking on a matchmaking role for the AR5 report, ECF is looking to foster a stronger connection between climate science and business. And that's something everyone can benefit from.

From science to economics, why 2015 is different for climate action