In the eye of the environmentally conscious public, "fracking" is a dirty word. The volume and toxicity of the chemicals that energy companies use to release oil and gas from shale formations incite widespread worry about drilling and hydraulic fracturing operations. The energy industry is devoting substantial resources to chemistry and focusing on creating new, greener chemical combinations. The chemical producers and companies supplying drilling and fracturing services are conducting much of this activity, but energy producers themselves can -- and for the bottom line, should -- play an important role in reducing both the volume and the toxicity of the chemicals they use.

Apache Corporation, an oil and gas exploration and production company, has taken a different tack. The company created the "Manager of Global Upstream Chemicals" position, responsible for reducing the volume and toxicity of chemicals used by relying to the fullest extent possible on chemicals selected from the EPA's "Design for the Environment" (DFE) program. The DFE program, which designates chemicals regarded as safest for the environment and human health, is similar to the CEFAS-OCNS-CHARM model used in the EU to rank preferred chemicals based on toxicity and environmental "fate" (degradation and non-accumulation) test data.

Having a chemicals expert enables Apache to use and develop best technology for sustainable cost performance while auditing systems used by service companies. Often, a simple product review can improve sustainability and cost performance and reduce chemical use rates.

• Reducing chemical component toxicity, including the elimination of diesel, BTEX (a group of toxic chemicals including benzene and toluene), endocrine disruptors and carcinogens.

• Cutting back on overall chemical volume -- this lowers the volume of chemicals hauled by trucks, bringing the added benefit of reduced tailpipe emissions. 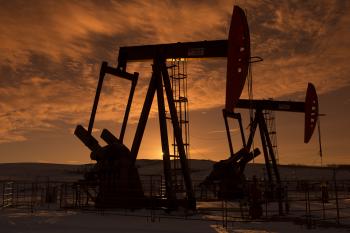 1. Biocides: disinfectants that kill down-hole bacteria that can corrode pipes.

2. Friction reducers: chemical compounds that "slick the water" in "slick water systems" to minimize friction and pressure. These allow the fluid to carry more sand into the fractures, making them wider and more permeable to produce more oil and gas. Slick water systems are thinner than gel systems, but pump at higher pressure rates in order to carry the sand. The higher pumping rate causes friction and pressure, which necessitates the need for friction reducer.

3. Gel systems: Working differently from friction reducers, these chemical compounds thicken water to allow it to carry more sand into the fractures, making them wider and more permeable to produce more oil and gas.

4. Scale inhibitors: As the name suggest, these are compounds that keep scales from forming in pipes that can slow oil and gas flow.

5: Surfactants: detergents that help wash out contaminants down hole so the well can yield more oil and gas.

How fracking chemicals are used (and can be reduced)

Friction reducers, gel systems and surfactants are part of the frac itself. Surfactants, biocides and scale inhibitors are used post-frac to ensure that oil and gas flow properly, and to maintain pipe integrity. The composition of the chemical package depends on whether the well is in a gas or oil shale play, because this determines the volume of "produced water" -- the water produced when oil and gas are extracted. If a well yields more produced water, it will require more biocides, scale inhibitors and surfactants to ensure the flow of oil or gas and to maintain pipe integrity. Gas shale plays have less produced water, and therefore will use less in the way of chemical additives.

These and other chemicals are used in minute amounts as additives during hydraulic fracturing, the drilling process in which a mixture made mostly of water and sand is injected underground to release hydrocarbons locked in tight shale and other rock formations. Water and sand make up 98 to 99.5 percent of the hydraulic fracturing fluid, with the exact formulation varying from well to well. 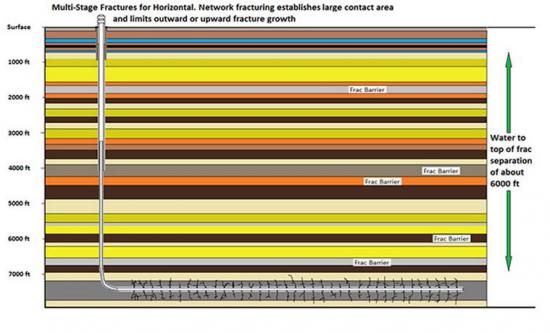 The greatest progress in reducing chemical toxicity to date is occurring with friction reducers, scale inhibitors and surfactants. Biocides and acid corrosion inhibitors have proven more difficult, but new approaches are on the horizon.

A few noteworthy developments in reducing chemical volumes and toxicity arise from new technologies for friction reducers (FR) and scale inhibitors (SI). Apache is pursuing new technologies to replace liquid friction reducers and scale inhibitors with powdered materials. These powdered materials will reduce the FR and SI volume required by two-thirds and one-sixth, respectively, due to the elimination of carrier solvents and additional chemicals.

It also will reduce emissions of VOCs caused by FR and SI use. In addition, the lower volume of chemicals will result in fewer trucks on the road, leading to reduction of CO2 emissions by two-thirds. The number of truck accidents (one of the largest safety issues facing exploration and production companies) also should be reduced by two-thirds.

Apache is also developing new technology to reduce the amount of carrier solvents in biocides and surfactants by concentrating the products. As seen with the dry friction reducer, this also will reduce the chemical volume required and VOCs and CO2 truck emissions. In addition, to reduce toxicity, Apache is using greener carrier solvents identified by the EPA's DFE program.

Apache is also working on promoting industry collaborations to further greener chemistries. Apache personnel chair a Society of Petroleum Engineers working group on safer chemicals and are active in one of the American Chemistry Society's Green Chemistry Institute forums to further the use of greener chemistry in frac operations.

Apache's perspective is that advances in chemistry, technical processes and sustainable chemical use are possible with competitive cost performance. It is moving towards a new chemical sourcing model for frac chemicals that will eliminate the confidential business claims from vendors and address public skepticism about the safety of chemicals while ensuring that Apache is aware of all chemical components in its operations. Apache's goal is to reduce and eliminate toxic chemical use while striving to use EPA DFE-listed chemistries via its new sourcing model for chemicals, turning fracking from a dirty word into a greener one.