Five years ago, the Rocky Mountain Institute (RMI) embarked on a body of work to advance what it calls deep retrofits, energy-efficiency retrofits that save 50 percent or more of a building's energy consumption. Half a decade later, it's time to reflect on how far we at RMI have come with our Retrofit Initiative — and how far we still have to go.

First, though, the question is: Why focus on such profound energy efficiency? For starters, RMI cares a lot about eliminating wasted energy, and that's what most building energy consumption is: waste. But this is about more than simple waste. Done well and timed right, eliminating that waste makes good money. Further — and maybe most important — a highly efficient building (whether new or upgraded) is more comfortable, healthier, enables higher productivity and generally entices people to stay in it longer. Finally, it's increasingly important for employers and institutions alike to be able to say, and show, that they occupy high-quality, green buildings that perform both financially and environmentally. Real estate markets, especially in certain regions, are waking up to a new and powerful competitive dimension that RMI is helping to create.

RMI's Buildings Practice is working on all these dimensions, mostly in commercial buildings. Five important examples form the core of our retrofit work on individual buildings; work aimed at "Making Old Buildings Better Than New (Ones)." They are:

While our initial engagement on such projects was funded by the projects themselves, everything that followed, including educating the buildings industry and scaling solutions, comes from donor-funded dollars. Buildings work is often slow to show results. The work only just starts with the conceptual and system-level interventions that RMI has pioneered. Several years often pass before the physical work is done and the "verdict" is in with real measurements showing results.

Fortunately for RMI, some of our focus also has been on helping advance the role of sophisticated modeling tools that provide a very good sense of what to expect. For some of our fab five examples, the full story is still not in, but the answer is pretty clear. And the change we expect in the world is beginning to happen because of these results.

As one of the most famous buildings in the world, the Empire State Building (ESB) is well known, and so is its deep retrofit [PDF], one of the first in the world on a commercial building. While not yet completed in all tenant space, it already is clear that the retrofit will save more energy than the 41 percent modeled — and command far higher rents.

But the project was notable as well for what followed — RMI's subsequent work crafting a replicable methodology for deep energy retrofits, sharing lessons learned, building free tools for service providers and meeting with government officials about the economic benefit of promoting deep energy retrofits.

Our next project after ESB was a famous — but infamously inefficient — government office building in Indianapolis. Many had tried to fix it. But both money and ideas were limited, and it was still a potential gold mine of energy waste when RMI was invited to help. That was in 2009. One year later, Indianapolis mayor Greg Ballard announced energy-efficiency upgrades for the building expected to reduce energy consumption 35 percent annually. Design-build firm Performance Services executed the retrofit under a performance contract that guaranteed $750,000 in energy savings per year for 15 years, completing the $8 million project at no cost to taxpayers. By 2012, the City-County Building had reduced its annual energy use by 46 percent and earned prestigious ENERGY STAR certification. 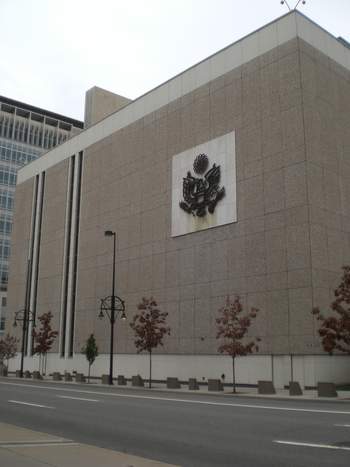 Denver's Byron Rogers Federal Office Building followed on the heels of our City-County Building work. RMI teamed up with a major contractor, Mortenson, in 2010 and presented an aggressive plan to aim for net zero. This mid-century modern office building renovation — largely completed, but not yet fully re-occupied — is a powerful case study for dramatically improving performance of existing buildings through integrative design, regardless of barriers such as misaligned government mandates, historic designation, multiple tenants, hazardous materials and poor orientation. This project work also formed the foundation of donor-funded focused studies and educational material on managing plug loads.

Building upon the Byron Rogers project, RMI worked further with the U.S. General Services Administration (GSA) to better understand tenant issues. Working on another important accelerator — the service industry that executes the work — RMI teamed again with the GSA to prove that energy service companies (ESCOs) can be primary drivers and implementers for achieving deeper energy savings in buildings. Funded partly by donors, this effort intervened with 16 of the largest ESCOs in the U.S., with a goal to introduce them to strategies for deep energy retrofits and to identify and overcome barriers to achieving the deepest efficiencies. During the course of our partnership with GSA, average projected energy savings from the deep program's ESCO engagements at GSA already has more than doubled to 39 percent from 18 percent. This marks a significant positive change in the "MUSH" institutional and government market that seldom achieved more than shallow savings and in recent years has been using ESCOs largely for lighting and equipment finance only — a case of leaving barrels of money on the table.

At the same time as Byron Rogers, RMI had an opportunity to reshape how things are done in the nation's capital, a sea of opportunity in the form of large, inefficient office buildings crowding the streets around the government buildings on the Mall. The client was the International Monetary Fund. Once again, RMI played a different role, not as a bidder for a project, but as part of a team to shape the brief for those bidders — to tell them what to do, in other words. After extensive option and life-cycle cost analysis, the pre-bid team came up with a doozy: A winning project would need to cut energy use in half and meet other explicit financial and performance targets. Here is how the proud client talks about it [PDF]: "The improvement under way will provide a more modern and energy-efficient setting. Energy bills will fall by nearly half — saving between $2 million and $2.5 million per year. …" 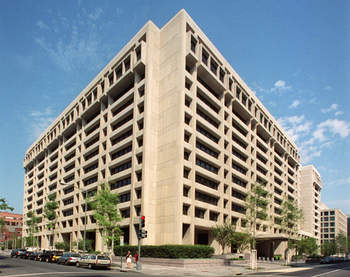 The project is under construction now, to be completed in 2016. Importantly, the execution team, led by architect Skidmore, Owings & Merrill and engineer WSP Flack and Kurtz, will drive the insights and processes into the Washington real estate world and beyond.

One final test project was a real challenge: the Clark Museum on the campus of Williams College in Massachusetts. The opposite of the IMF project, where RMI helped shape what bidders would be asked to do, at Clark, RMI was brought in after a design for a significant addition and retrofit already was almost complete. Way too late, we thought. But we wanted to test what was possible in this "worst case" situation where the key was a motivated owner (supported by a significant donor).

The problem in a building such as a museum — as in a laboratory as well — is achieving energy savings while maintaining a strictly controlled internal environment that protects art and artifacts in a curatorial environment. RMI identified and recommended opportunities to double HVAC energy savings compared to the design team's energy model. Needless to say, the Clark (and RMI) donor backing the work was very happy, and recently sent a note saying so. The results are in, and the energy savings are rolling in as expected.

These projects are commendable, but the real goal is to spread their lessons and ideas far and wide. That's why we created the RetroFit Depot as an extensive and compelling Web-based resource for building owners and professionals considering energy retrofits, including our Deep RetroFit Guidelines. One consulting firm in Chicago says they used our guidelines as a foundation for 20 deep retrofit roadmaps within the Retrofit Chicago-Commercial Buildings Initiative. Our Buildings Practice staff members have presented more than 100 educational sessions on how to plan for and conduct deep energy retrofits to a total combined audience in the tens of thousands in the past four years. 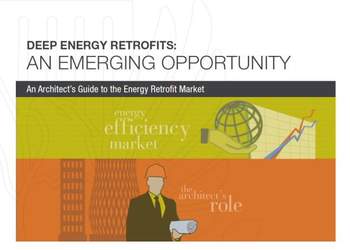 RMI also worked closely with the American Institute of Architects to develop Deep Energy Retrofits: An Emerging Opportunity, a guide for architects. The guide was launched during AIA's annual conference in June in conjunction with a well-attended all-day seminar on deep energy retrofits. This industry intervention was donor-funded. RMI also teamed with the National Renewable Energy Laboratory to help produce a set of retrofit guides for different buildings categories (office, retail, healthcare, etc.).

Finally, RMI has shaped an educational agenda, one where we play specific roles to help others understand the learning available, and the major holes still left to fill. Based on this agenda we have conducted half a dozen deep training sessions, focusing largely on a specific leverage point: engineering firms and ESCOs.

We've also testified to the U.S. House Subcommittee on Investigations and Oversight on the impact and importance of fossil-fuel reduction targets and green building rating systems, and written nearly 100 blog posts and web articles on energy-efficient buildings and campuses. Deep retrofits are one area of innovation and promise in driving greater building efficiency in order to enable a sometimes better-than-new building — and even more important, foster a vibrant clean-energy economy.

How to scale deep retrofits through portfolios and campuses

The aggressive acceleration of deep-energy retrofits