Duke Energy, Google get behind clean-energy program for utilities

Duke Energy, Google get behind clean-energy program for utilities

Duke Energy recently filed an application to launch a new renewable energy program in North Carolina. If approved, the program will enable select large customers to secure up to 100 percent of new electricity needs from renewable energy sources. The application was up for discussion Dec. 16 at a standing meeting of the North Carolina Utilities Commission. No ruling was issued during the meeting, but the Commission is likely either to rule in the coming days or establish a comment period to allow interested parties more time to review the proposal and offer comments to the Commission.

The application was foreshadowed in April, when Duke and Google, a key customer seeking expanded renewable energy options in North Carolina, announced Duke's commitment to develop the program. In the seven months since the initial announcement, Duke worked to develop a program that responds to an increasingly prevalent trend: influential customers stepping forward to urge utilities to expand clean energy programs.

Data centers represent one of the fastest-growing sectors of electricity consumption, and leaders in this space, such as Google, Apple and Facebook, have taken bold steps to match their energy-hungry operations with renewable energy sources. Last month, for example, Facebook announced it would pair a new Iowa data center with a now-under-construction 138-MW wind farm. In most cases (like the Facebook Iowa example), the solution has been a single renewable energy project or portfolio of projects, sized to match the electricity needs of a particular data center or other large customer, and negotiated directly with the utility serving the data center.

Duke's program, in contrast, would be available to any customer that meets the program criteria, and Duke would take on the duties of building or securing the renewable resources that the customer desires. This is noteworthy because few customers have the combination of money, influence, ambition and energy market sophistication needed to pull together power purchase agreements (PPAs) and other arrangements for off-site renewable energy projects, and to negotiate unique deals with their utilities.

"While the renewable facility output is not being used directly to power a Google data center, the PPA arrangement assures that additional renewable generation sufficient to power the data center came on line in the area," Google said in an April 2013 statement. "The downsides are that these PPAs require us to actively manage purchases and sales of power on the wholesale energy markets, which can be a complex process." But that doesn't have to be the case. 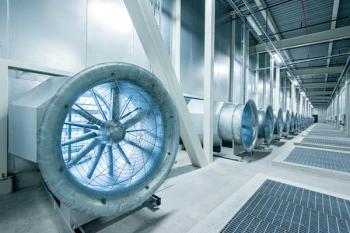 Enter the new proposed offering from Duke. "The most straightforward way … is for utilities to offer a renewable power option for companies that request it  — something that's not currently offered by most utilities," wrote Google's director of global infrastructure Gary Demasi earlier this year on the company's blog.

If approved, Duke's program would allow customers to run their operations with 100 percent renewable energy, made up of a portfolio of renewable resources that they can customize, without having to take on the duties of developing or operating those projects. The customer — whether Google or another company — basically can outsource its renewable energy desires to the experienced utility, which would handle all the complexity of making it happen.

To be sure, Duke's proposed program has a number of restrictions. For now, this is a program for a select set of customers and not the masses. Nonetheless, it is a significant step forward from single customers pulling together complex deals directly with their utility. The restrictions that Duke has established are meant to address key issues in the hopes of getting the program approved and in play swiftly. That said, a number of parties have weighed in seeking more time to understand the basis for Duke's program design, including the restrictions on participation.

One key issue that Duke faced in designing this program was to assure key stakeholders, including consumer advocate groups, that the program would not raise rates for any non-participating customers. At a point in time where the costs and benefits of renewable resources are a widely debated and contentious topic, Duke took what is arguably a belt-and-suspenders approach to ensure that non-participating customers would not be harmed.

For instance, a key restriction on the program is that only new customers (or new load from expanded operations of existing customers) can participate. On the one hand, this could be seen as an innovative economic development incentive to attract customers to Duke's territory. But on the other, restricting the program to only new load avoids concerns of the utility willingly and voluntarily "removing" existing load from its rate base and shifting costs to the remaining existing customers. Duke's program matches participating new load with new renewable resources, thus eliminating any rate impacts (positive or negative) to remaining customers in future rate cases.

• Making the program available only in the North Carolina portion of its Duke Energy Carolinas footprint (that is, portions of central and western North Carolina)

• Allowing customers only on select rate schedules to participate

Collectively, these restrictions are meant to ensure that Duke's application satisfactorily addresses concerns from influential voices in the state that diligently watch costs that the utility passes along to customers. They're also designed to ensure that customers who apply are serious, so Duke's efforts under the program are more likely to result in meaningfully sized additions of renewable energy resources in the state. Despite the restrictions, Duke has received positive indications from a number of customers that they support the application and are eager to enroll if it is approved. 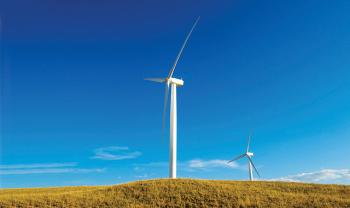 Additionally, the program is not all that small: It will accommodate up to 1 million megawatt-hours of new annual renewable energy production. To put this in perspective, if the entire program were filled out with solar photovoltaic projects in North Carolina, this program alone could yield more than 700 megawatts of new solar, more than five times the state's installed solar capacity as of year-end 2012 (although less than the amount announced or under development given the state's recent and ongoing solar boom). This isn't too bad for an "experimental pilot program," as Duke calls it in the application.

An expansion down the road?

As the nation's largest utility, Duke certainly has many customers across its six-state regulated utility footprint that likely would want something like this available to them — so here's hoping the pilot program they have filed is a success, and that it leads to continued innovation and expansion of renewable energy options for customers.

How Google is changing the renewables game for Apple, Facebook